Was tut Transe, when a happening is pending somewhere in Germany, the purse but emptiness shows.

It relies on, that it will all change for the better. One may simply not make too many thoughts, then from governs all alone. The other day a friend asked me

He: Bist du am xx.xx. there?
I: what do I know, that's still out forever:
He: How do you actually plan your life
I: As little as possible.

Generally, I find it quite sufficient, that my week of five working days of 9:00-18:00 is tight scheduled, why should I vering are other days and times. I also went with the hiking around, The Diane in Düsseldorf plant. Remain as indeterminate, rather save the empty wallet and stay in Hamburg was the motto, the decency.

But as I said. Stay positive and can develop life. So I asked a friend, two days before Friday, if I could help out. Another friend of mine and he had booked as a DJ at a wedding, but unfortunately he was now alone.

a) would be tedious and
b) it would be something a lot of equipment, that to load, would be to reduce and.

Thursday night just been asked to Petra and Bine if I could maybe spend the night there, and since the whole thing was so pretty unplanned, rather also requested from Diane, if need be I maybe in your next Elle, Rosanze and bleu could spend the night on the cow and then to construct.

This event was the first cabin prostitution. I made it for the money and my friend also. The wedding party consisted of exactly 30 People (incl bride and groom and bride's parents). The bride was 20 and a biscuit, Egyptians and the groom just admitted to the wedding, the couple wanted back together Monday to Egypt, to live there and the bride's father was serving higher, Or as the last flood.

All in all, the mood was grenzenbodenlos. No matter, we played, the mood was no better. We just had some people on the dance floor, they were immediately gone. it was cruel.

Funny, the guy was also, who said if we Rammstein “Du hast” would play…. And then he sang loudly:

Will you until death do you part
Be true for all days
NO… No!!

Certainly true in the case, But for a wedding perhaps not the truth.

Similarly, we pinched ourselves, for example,
Eurythmics – Love is a Stranger
Pat Benatar – Love is a Battlefield
and a few other songs, which stood out to us

No matter, eventually there were 200 € for each of us and for dinner we had eaten. As I said, I was young and needed the money. Ago 4 but I was not in bed, However, before even checked the mail.

Great bed at Petra is clear !

Äm next morning rang at 10 the alarm clock, then by 11 and then to 12 thereafter as compared to 13:00 to read my mails following sentence:

And try to be there a little earlier , because we are so against 16:00 Sammy wanted added at the moment .
Be too late because, is not applauded, probern we miss the departure, and thus our audience .
LG Petra

just at the time 13:00 war ich ca 4 Located just simply showered hours of Recklinghausen, but had neither packed nor eaten anything. And anyone who knows me, white, that the route Hamburg Recklinghausen sometimes fast 9 Hours may take.

So I threw, without me for my Trannycheckliste to care more or less at random clothes in my bag and went on my way.

And und! I'm going just a bit faster, I thought as I turned onto the highway directly into a traffic jam. After I then in about half an hour approx 5 Meters was further, I called and reported my dear Petra from, To go directly to Nuremberg and hope, that the bed offer at Diane was still….

The good yes I, that one can hardly proceed on the way HH Dusseldorf, but I think sometimes the way HH Recklinghausen – and now it has also worked out great. For this reason I drive without GPS and without a map, However, with large Skepzis. I was actually only safe, I'm really, stood as Dusseldorf on the highway. 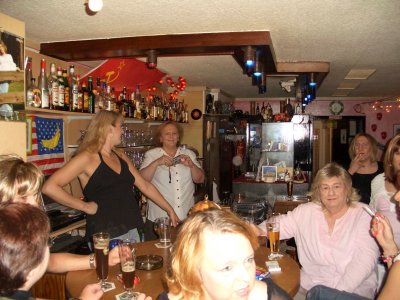 Hey, why are so many trannies already there, I thought, is an evening event… I was wrong, and they showed me the room, where I should get ready. Von schnell schnell war da übrigens keine Rede 😉

…more at Loneliness and abandonment in Dusseldorf

3 thoughts on “I was young and needed the money”