After I now with a pair of messages in the Web Blogger 2.0 I drifted scene, I come again to the actual subject “Rumtransen”. I was in Berlin and wanted to evening with Sheila Irrenhouse-Party von :Nina Queer:, because there is known from the post, there stitched the bear and you can see the best Berlin Drags and trannies live in the wild admire.

Sheila had during the day but still a cooking class (some gift) join and be trained to wife. So she was late – very late. Am I actually subscribed to come on too late, so I showed the lady at the weekend, how to do it right.

To 2:00 should take place in the usual trans show misleading House and since we wanted to be there. ..About 20 ago 2 my phone rang and Sheila was finally there. 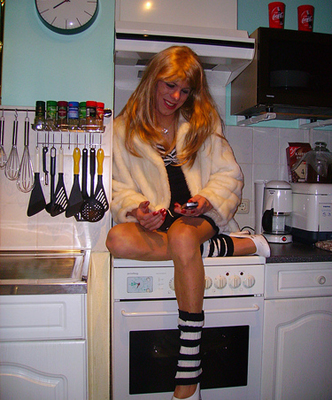 In aber fix them, We must, after all, still out there

Quickly entered the street name in Sheila Navi and easily surprised. The navigation system showed the infinite connector of 0,5 Kilometers – and of course had it right. From the parking lot 400 Straight meters and about 50 Meters to the right.

This then came loose again 250 To find feet in the other Richtumg about parking. Ergo: We could have the same walk.

After we (as expected of me and taken by Sheila happy note) came in for free and have submitted our euro and our jacket on the coat rack we looked around and saw little people, which would have justified the trip to Berlin. Shemales, not the name part in the show? None! Although the show itself was nice and Christmassy but rather short.

Melly Magic and :Mataina Ah Wie Süß:, danach Stella Destroy, and again with the former two Hostess together. That's it. Damage. Besides these four, I could see only one or two other girls – and give us. 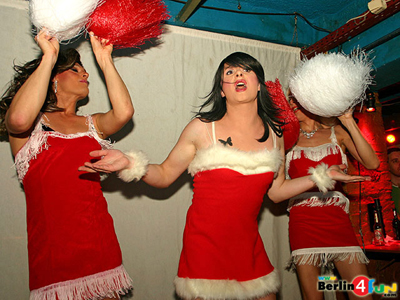 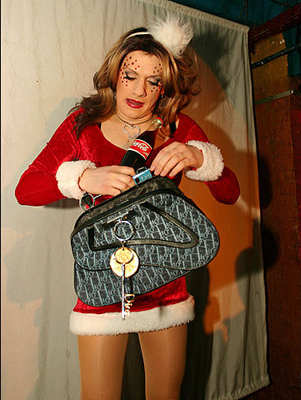 After about two hours we were bored and we thought, because we could not make such a fuss. Since we had no city magazine to hand, and both were sad eh, Not Friday to have come to the Insomnia was chosen precisely this location. This demonstrates the great advantage, the Hamburg. All discos are centrally located and within minutes you can totter from one to the next. Berlin is a little different. You need a car and drives firstonce half an hour from one club to the next through the city. So we did, and drove off, until we finally on Insomnia arrived.

Unfortunately, however, the Insomnia had a locked door, we faced three-sighted and stupid and deliberate, unless what to do now. Sheila schlub two possibilities:

We opted for the Big Eden arrived there to have to determine. It has already. Moderately so pleased we decided to, Now really is the Barbie bar to control, We had to remember, these had been closed.

So I concluded, that in Berlin on Saturday at 4 the sidewalks are folded. Man man, I thought it was a world city…

The very, very last option were two beers at any gas station and to drink in common with me.

Said and done. Bought beers and off to me.

Funny, there was still the situation, was seen as the gatekeeper only interested, as two large kurzberockte girls approached him and after my “Good morning” somehow the lust and lost… What he must have thought it, Sheila went back after an hour.

Just enough time to… Ja genau, to drink each a gold and Becks to talk a little.