I notice that more and more trannies or drags in music videos I've recently already mentioned, Now I have noticed a new case and indeed one of my favorite bands Liebl, the Beatsteaks.

I have the beatsteaks at the Hurricane Festival 2005 noticed for the first time properly. Do not know, how many bands have played over the three days, but it was exactly the right gepogt three bands. Bei the Flogging Molly, with SKA-P and even in the Beatsteaks. It was just color LED lighting system, as they have swept the masses. A great live band, if not the best in Germany.

Especially in my memory has remained, mittem as the most beautiful Pogen the singer of approximately 20.000 People in the audience asked, to be quiet, and kneel, otherwise they would not continue playing. He looked puzzled faces, the slowly taught by him, front only, then keep going backwards, knelt to about all. You could have heard a pin drop to the time, Beatsteaks in dem die on their guitars Haute. With the first note all jumped up and it was even wilder weitergepogt. Sehr cool. Thus, the Beatsteaks had already won for me. They later a geiles Video shooting with my favorite actor Jürgen Vogel, increased only slightly throughout the.

What is yet to come? A video with some tranny – Fast, because this was no ordinary tranny but as a German lands, more specifically from Berlin and also because not just the least known but Standasgemäß Guard in the first person Biggy van Blond. 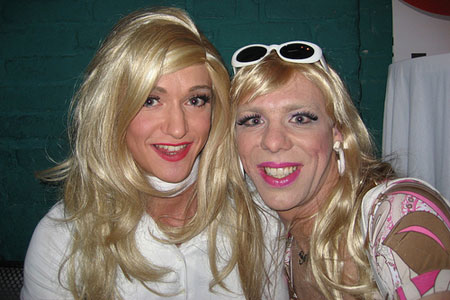 The CD has been running for about three weeks continuously in my car but I have been amazed Friday, I video for Jane became insane right the first time looked at the.

This would then also clarified, what Biggy van Blond had to look backstage at the Echo :)[youtube]http://www.youtube.com/watch?v = C–DdBdfiF0[/youtube]