Berlin before us should feel right, but it was said to drive Deanna firstonce completely in the other direction to pick up. (Her apartment was cheaper, but my beautiful)

Even here, I felt a slight sensation of hunger, I the whole day only one Raider Had eaten Twix. 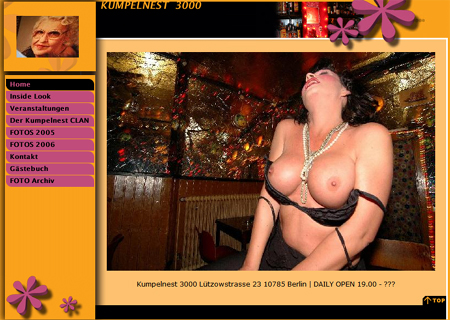 Sheila took us first of all to Kumpelnest, a small, but pretty wrecked a bar somewhere in Berlin. Yes I like those bars generally, but mostly they provide the drinks, the man bestellt. Here's it any different.

By not actually particularly unusual order

I asked the bartender but actually very nice, unfortunately. …Diet Coke did not exist. No problem a coke does to an emergency. But, unfortunately, turned out, that the crushed ice was for the two caipirinhas from. Mojitos joined with it unfortunately also from.

Also took me only a little out of the socket, because two white Russians would also be okay. Unfortunately, the bartender knew what to do and hereby had me after the statement, it would constitute two White Russians, sorry to tell, that I would not get here today.

I went with two gold Becks and a Coke instead of two caipirinhas and a Diet Coke….

Even while I was still struggling with my Becks Gold (Beer is not my drink), Sheila has pushed me further into the nearest store. In a shop, has not yet caipirinhas White Russians in the offer, they did not remain. So I put half my drink on the bar, still grumbled a bit about my hunger and the fact, I could not even drink it and trotted behind.

Sheila wanted to the house B. There would be some food and caipirinhas….