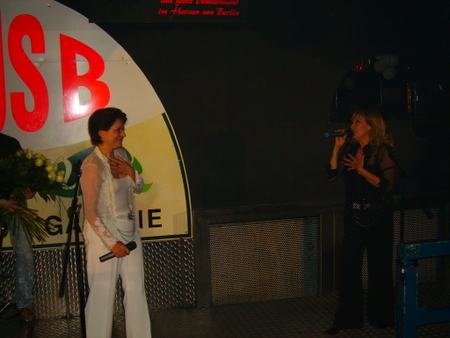 You have to urgently come to Berlin, säuselte Sheila ins Phone, Since baccarat play in building B – In Originalbesetzung.Nun baccarat for me was more of a gambling card game and the original cast would thus 312 Was a French card game sheet. And even here I would not even be able to recite the rules, because my favorite game at the casino is Blackjack. …but I digress.

A look at Wikipedia but told me, that it is by no means acted at baccarat in this case is a card game but much more of a pop duo, that 1977 / 78 was successful. They look up to me please, that the ladies were not known to me particularly, but they were successfully, when I was about two years old. Still, I had to admit, that I have the two most important songs “Yes Sir, I can Boogie” and “Sorry, I am a Lady” actually knew.

So why not, look at the times?

So we visited again the Drink B and it happened, which should never have happened. There was a line out the door and we had to wait. I thought Berlin was different because, if I want to wait in front of a disco in the queue, I could also in Hamburg from Golden Cut move, I would not need an extra Berlin asteuern. 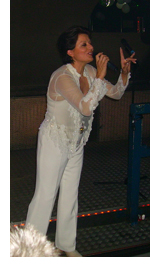 Well eventually we came in and it was amazingly full. Wanted to see about all the Baccarat? No, can not somehow be, were present for most of the two ladies know only by hearsay – and the youngest both no longer wareen also. Mid-fifties, I guess.
Now Baccarat sang half playback and you can not really say, that the audience would be freaking out. Healing lots euphoria looks somehow different from. It was really interesting actually only, consult one of the two ladies had the DJ to one of the half-playback to insert discs and the other and the audience passed the time and without any French music was the best song Chan.

I must admit, da hat man gemerkt, that the lady can really sing….

Otherwise, they reeled their way benefited few hits down, were spending one to two encores and disappeared with two huge bunches of flowers from the stage.

Because we were bored of the show and the house B, We also disappeared and the After Aua Party ins Kinzo.

And yes also, this party had a soundtrack section.

5 thoughts on “Baccara im Haus B”