And, I oute me. Since Guildo Horn Grand Prix made socially acceptable, I'm a fan of this show.
How do I even talked last week with my colleague Rik about the Grand Prix? I said, I'll probably look at him and he said, I already behave like a proper Schwuppe. Rather surprising, He dubbed me otherwise as always Faker, would make it all just for show…. Some times you with you, Rik 😉

But what's wrong, for the Euro Vision Song Contest is big show.

Glamour, Show, Drama, Disappointment and a lot of queer attitude. For me that is just right.

So I flezte with a friend, Voting list with a professional front of the TV. Appropriate to the show, we had four equal categories, to evaluate each individual artist.

With this, we are voting our way very well run, but both were winners in our top 5 represented.

But the song contest:

It is always amazing, queer as this contest is and how to adjust the artists on the sexual ambivalence target group. 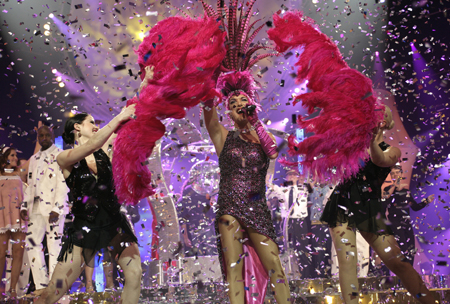 I personally found so enormously bad, that the Danish drag queen “DQ” failed with the song Drama Queen already in the semifinals. Since the Song Contest is a big part of the show lost. This outfit would have deserved it, to be performed on the final day. Glitter, Glamour, Show, and musically not so bad. So be it, The audience does not wolten. Own fault. 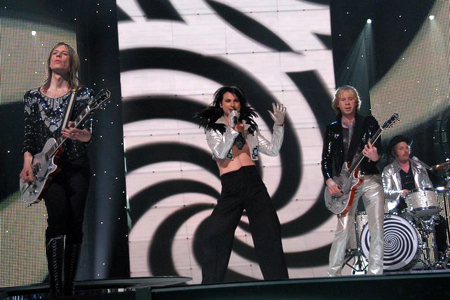 The Ark – The Worrying kind
[HTML2]

Nevertheless, the show was not boring and had tons of queer show elements. I would also expect to The Ark The Worrying with child, a band, that has gotten too little points in my opinion. A mixture of The Darkness, The Scissor Sisters and Sweetty glitter & The Sweethearts deserves a lot more points in my opinion. Glam Rock is also per se somehow tinged transverse. I found the Ark really good.

My friend was particularly The Fatal Picards with L’amour ÃƒÂ la franÃƒÂ§aise good, which certainly may also be related to their knowledge of French. I found it very funny and cute. With this band it has been shown clearly, as one adjusts to the target audience…. They were modest in France in the preliminary round black jackets and white shirts on, so waren sie in Helsinki eindeutig die pinkste Band des Abends 🙂

Trash highlight was clearly Serduchka with Danzing from Ukraine. (Have I mentioned that, I'm a big fan of trash?). As far as I know, gave the correct trouble in Ukraine, that the country through “I know eine Person” would represent. Whether this may well have changed after the second? Probably all at once has always been a fan of Serduchka. Well no matter at times to be seriously short, Second place can only be positive for queer people in Ukraine. Otherwise, the song is clearly one with Clubhitcharakter.

The winner was then Serbia, the way back to the proof: Show ist alles. Hatte Marija Ã…Â ERIFOVIÄâ€ in dem Vorentscheid noch Zirkusartisetn hinter sich, as it had in the final five rather then looking women be, the lesbian attitude mediated. It has worked well. Although the song was good.

Only now arises the question, as we win the whole thing now again, Hit does not work (Guildo Horn), Swing (Roger Cicero), Country(Texas Lightning), Glam, Trash (Both Stefan Raab) not. Rock and reggae are still missing. I'm afraid, all we can do Remaining, than to send in our times there wirkich good bands:

all photos by
YLE TV Information
PL 196
FI-33101 Tampere
FINLAND
Mark my words, if we ablosen again next time.