Having with us Conny&#8217;s Funkbusch have adopted, We drove straight into the newly opened Safe.

The Safe has long been THE Berlin techno temples and like Sven Väth and Co. have placed there.

But what I'm talking about eigfentlich? I was never a Technofan and the sizes of the scene I know from conversations with others, or at most in the media. I guess, the safe was in Berlin about the, what was the tunnel in Hamburg – the “Place to be” for each of the disciples Techno City.

Despite my lack of knowledge, we moved into (in the??) Safe. Although before that was a neat bustle of people, but almost all of them were probably already in the club, because we needed to queue.

The vault was the second club this evening, the more like a bunker from the inside felt. In an old power plant in the Köpenick Street he's come across and should be on the point of, to resurrect the old vault flair.

Whether it was the flair, I do not know, but surely it was a pretty special. Through various programs, we came into a larger space. Hard basses, not only a blue strobe light. Something between mesmerizing and frightening. Too bad, that the steps could not be seen due to lack of lighting in the room – so I'm running directly against a stair.

But rather we moved to another room, was not quite as dark and sonicated not so bad. There we ran more or less directly into the mic arms, meanwhile the Sexcrime Party had also left with some people, and Michelle AKA :Gloria Viagra: wanted to test the atmosphere of the vault. 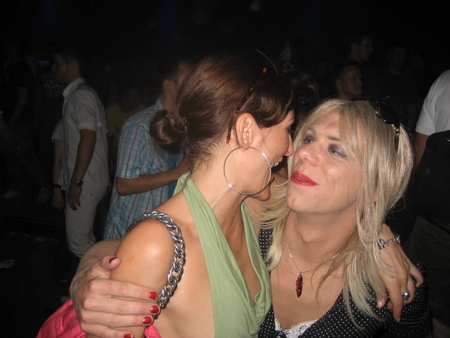 why she wanted to bite me, weiss ich nicht 😉

As Michelle said, still? “Pretty trashy people here – I should send over here Viagra” She's right. Even though I did not see any construction workers white shirts and no gloves or vacuum cleaner on the back, so it was pretty prollig. Of course, they still invited us to After the next day Ow one, but that already was scheduled – and the open password is not needed tranny yes there anyway. Thanks anyway for, Glory. 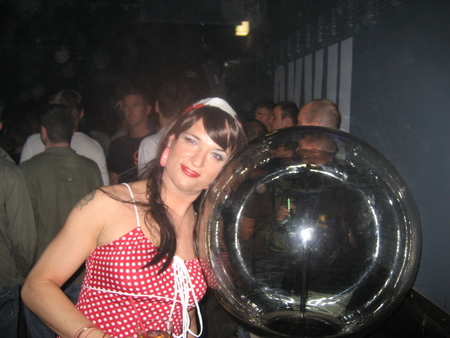 In Mic, Michelle and Co. went we looked a little in the vault to, playing with a ball of lightning, ordered another one or another drink and found a balcony with great views.

Very departed, because you are in a building and has a bottomless pit and a very great industrial prospect. Impressively. 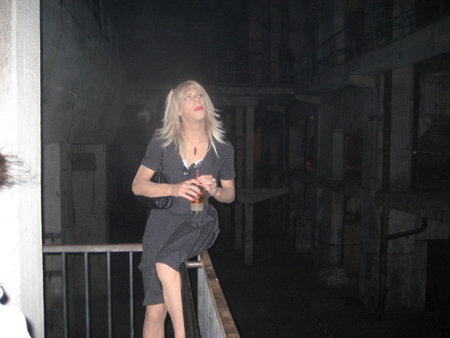 Even something musically completely unimportant I have to complain about: Missing mirror in the toilets. To make sure I have an extra checked again in the men's room – but even there None. How does that something like? The makers about anxiety, that someone does not recognize its ugly face in pill noise and beats in the mirror?Well, normally I would say now: Tranny has it all and could not even help other women… But the opposite was the case. We were helped – namely with little make-up mirrors. 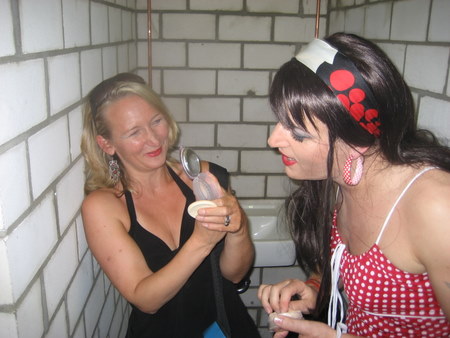 In any event, the vault is after reopening a great club, although I do not think, that these mega Great Location can completely fill permanent.

We will see – and I believe we will see you there again.

We definitely firstonce the Generation X adopted, wo Kitty zur Aftershowparty lud. That was really nice, pretty full and we were both at the time and when we went into day.