The common football fan as such, is not dissimilar to a tranny.

In good German: The typical football fan is a real drama queen and not in packs enjoyed light fare.

The last weekend they were in large herds in Berlin. The Franks (VFB Stuttgart) played against Bayern (Nuremberg) and almost 75.000 which were at the Berlin Olympic Stadium to see, wer nun the DFB-Pokal holt.

In addition, were again equal number of both species for the Berlin fan mile in the capital. – And in de city were somehow all of them, when I was on the Kurfürstendamm, to look for shoes. A few weeks earlier I had seen there shoes, that would fit wonderfully in my outfit CSD – but they have not bought. And there is hardly anything dämlicheres, than to try on a shoe store as a man ladies pumps – and otherwise – I was, of course, as Zoe go. 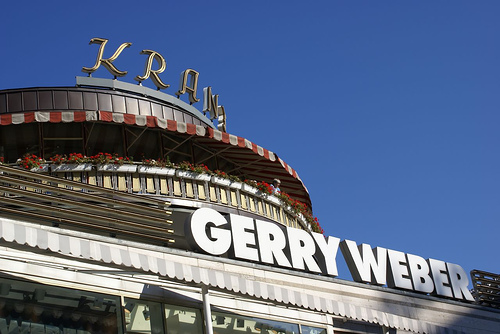 Fortunately, they were not drunk, but it is still football fans, Men in Rudeln, Villagers and partly Bavaria. A transvestite had probably never seen. So at least it seemed to me. Amazingly, nothing made me in the least from. Somehow seems to be bad but my fur thick. Is that good, or actually less?

Janka Croft, that appealed to me as a man at Douglas wondered also, I could go gedresst on a day like this with a loud crazy in the city. Now buying shoes before going – she will surely understand. I have left but then again these shoes in the store, is another issue…

I was in my mini Platoe Peep-toes by Deichmann go, than me in the Europa Center in a grid zerborste a Placken under paragraph. Fuck.

Okay, have 19,90 Cost € and Safe suffered somewhat, as I ran in the dark against stairs. So before I let them re-soled, I buy them simply re-. With a defective paragraph I ran the way to the next Deichmann to buy them new – Forget it out. But I could find Mister Minit in KDW.

The KDW warped in the mouth trains. Something cheap can be comfortable in a noble department store not represented. But I would at Wertheim – found at the other end of the Kurfürstendamm a Mister Minit. 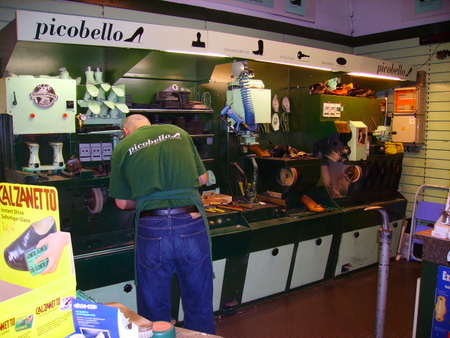 I was then also – Although his name was not spic and span and Mister Minit, but was the same. I could / had to wait and watch, Deichmann like my peep-toes through the performance and two new sales Placken zulegten almost half of its value. Wild, to make such shoes resole – But I wanted finally home.

Since then, however, I had to pass a large Beate Uhse shop, before again waited a whole bunch of football fans and drank hot. The guys offered me, not really altruistic, an, me to pay admission to the sex cinema, but I politely, determined but strangely still friendly from.

From home and vorschlafen something for after the evening Ouch.