The Schwuz was busy, but somehow the atmosphere was not soo great, So we looked at times, so what else is. Hmmm the new KitKat should open on that day and now reside in the Sage Club.

Why not stop by?

No admission or No KitKat

Now we have our own opinion,

“Eine Party, which is required of us no entry, we must visit”
and
“Eine Party, we can not honor any important”.

The man looked at the box of KitKat seemingly equally, because we were the entry, without the annoying around discussing, vexatious or even turn around and go the, granted free. So I went on a day to second time, the Sage. 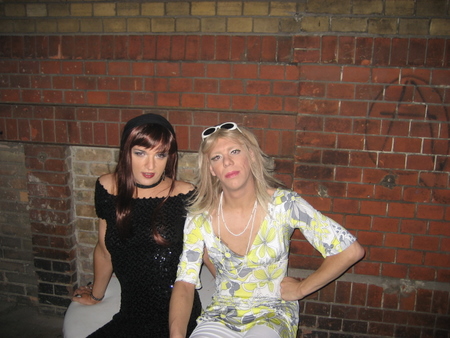 What has changed in the, since I was the first and so far last time in KitKat was? Not much. The announcement is clearly the more brilliant location and on this day, at least a pair of visitors have placed some emphasis on dress code, but generally the dress code was still a Witz.Ich would actually not at all can not be left purely, denn während Sheila in Ihrem engen schwarzen Pailettenkleid mit enger Taille dank Korsett 😉 zumindest noch als Glamourös durchging, I actually was not really suitable lukewarm dress code.

But anyway trannies are probably in a different category. Others were there much worse. I mentioned last time, far too many naked torso changed this far this time, that stood out to me as the more nachkte lower body. Musically remained about the same in the KitKat and overall little exciting. 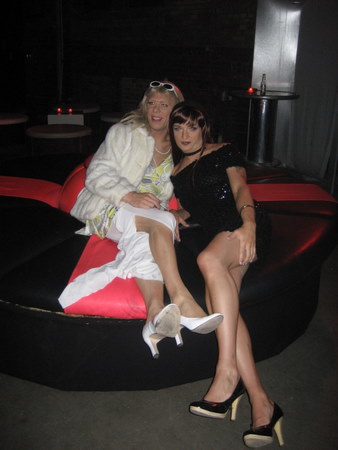 We have just cleared a nice lady to, where they could find just such great lashes, as we, as well as they could get through another wig to another exterior and what it was all so real and unreal to us. Finally, we welcomed, yet located just in walking Pricilla and Jenny, to leave the straight and came back to Schwuz goodbye to the evening nice.