Several times I've already missed him and the good Mrs. Wolf has always followed me euphoric reports. Well. So today was another check mark on the “seen” List of Berlin clubs are made with me.

Nun ja, das Kino International, I understand a, why the GFE Club for Hamburg Party the Mandarin has chosen casino. Yet it is equally, as the cafe or even the Moscow International Cinema. – A large, easily scrapped, Build in 60s style. Feeling comfortable in one of the locations, can assume, that the other two have gotten Gutwollen. I myself like such stores.

But before that was a ride with Sheila in formula 1 Speed ​​to survive. The faint hints of Nina behind, that the speed was not necessary, Sheila ironed good but with a kick pedal to their 175 PS Mini galant ab. Behind the wheel is good for the animal…. 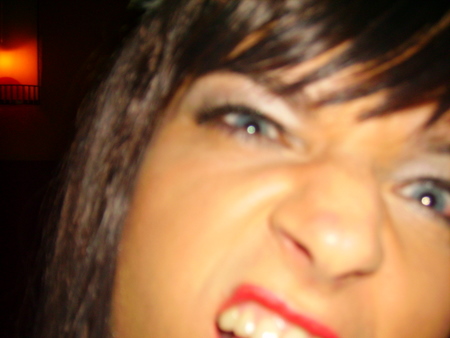 And a vicious animal.

Contrary to expectations, we arrived safe and unharmed at the cinema International and the lady was, little away from the control, love again. It has something of Jeckyll and Hide.

Hard to imagine, that this movie before even 9 Years should have been THE premiere cinema of the GDR. From the lower hard-housy Floor, We met Kitty on the coke again as a man traveling, We moved pretty quickly to the top.

Wow, what a staircase. Probably not a square centimeter, carries the not some Grafitti. We came up to the Honecker Lounge, hung in the Stella Destroy. Here the plaster peeling from the ceiling, at least there, where not even hung some wallpaper on the wall. Slightly surreal, considering, that on here 9 Honni years should have sat. The crumbling plaster but could have had something to do with the extreme humidity. 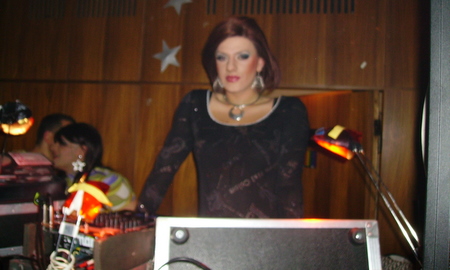 out of focus – mist! I need ne new camera

Extremely hot outside, indoors with lots of people dancing much hotter. Stella put here on proven and best of the Black and House and Partykiste and particularly Deee–A little Grove is in the heart of me is still in memory.

Not only, because I always found the song already class, but, because the dress was in the video but similar psychedelic like mine on this day. 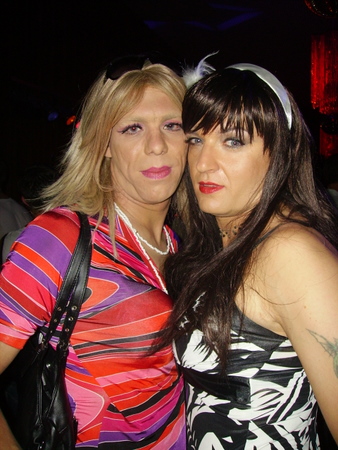 Although Stella has made good music, but the temperatures were too severe and it took us less hot in the Panorama Lounge, which was sonicated among others Biggy van Blond. Girlie pop and Mika. Gwen Stefani, Spice Girls, Kylie Minogue and Madonna,. 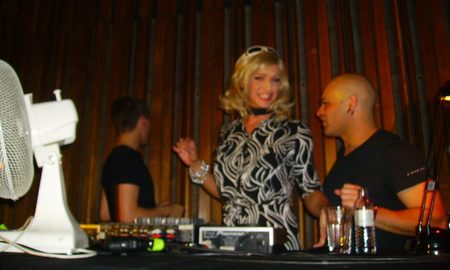 Apropos Madonna, we have heard on all three floors. Here was perhaps the Madonnamania and not the Club International? Madonna is Allah, as :Nina Queer: already correctly said. Btw. which brings me to the question, what it means, Madonna when God is… But a second time to. 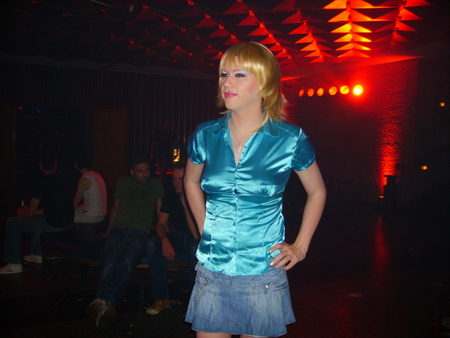 Today was definitely not with God, but to do with an important other person. A Kinosaalbewacher….

The cinema hall, which it actually still, is not closed at Kino International, but is guarded by a rigorous Kinosaalbewacher. This, but refused three trannies pleading the required two photos in the empty hall unfortunately. Not nice, the.

But we will come back.

Number three of my dreaded Reconciliations this weekend. “Come back”.

We will certainly come back to Kino International, when it is called for the next time, But for today, we left it in more moderate ride ins Roses, a small bar, the dear Exkollege Rik us as the “Trashy bar in the world” has touted.

Apropos Rik, which was actually today?

By the Way, someone told us something of a garden, However, despite intensive search we could not find…. White as someone more?

One thought on “Kino International”