Hear folks, from now to the name of the party Queens & Sheriffs will no longer be brought in connection therewith, dass Drag Queens vor der Kasse Eintritt abverlangt wird 😉

Last month we have not turned back on his heels, this time we were friendly inserted at the checkout.

Sheila reached a few days after the last party an email, in which we have been re-invited – and we can so rarely ask. 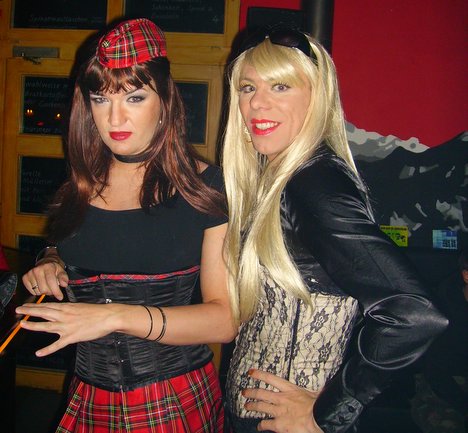 So we came to the Edelweiss, looking times, Queens & Sheriffs Party so ausmacht. The Edelweiss has about the charm of a large garden shed (which is absolutely meant well) It's kind of cute and cozy. Both from outside and from the inside. Warm colors, zwei Dance Floors, two large bars and chill-house and electronica music. So really nice and quite danceable music. Plus a number Flezsofas from which one, once sunk, hardly comes out.

The two bartenders were also great and loaded and a quick drink on the house a – and pushed – quite uncommon for bartenders with the same drink with us. If they would do that with all, then such an evening could end very badly. 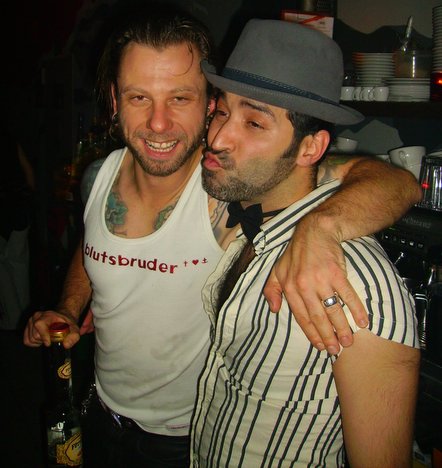 Perhaps this was the reason for, let's say something unconventional cocktail creations… Sheila ordered a caipirinha and found mint in her cocktail, I ordered a mojito and found no mint.

Na clear! everyone will now say. Simply reversed the order.

I also thought briefly, but what I held in my hand had, for example, pieces of orange in a cocktail, who seek neither in a caipirinha or a mojito in some… No matter, you could both drink cocktails and if we were not particularly displeased by. As we left us still prefer to invite to a second brief and all was well. 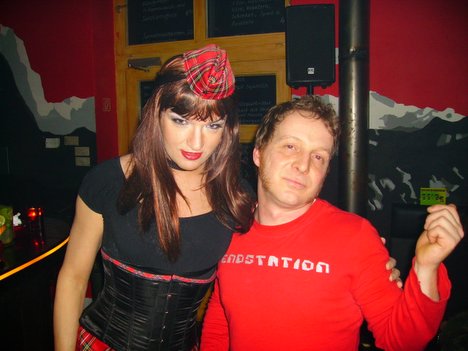 Also: who on electric and a nice, chill atmosphere is, should the Queens & Party time sheriffs pay a visit. Some more people on the dance floors can tolerate the party still. But it is also only the second edition have been. Rome was not built in a day also… Although it indeed the Chuck Norris nachsagt 🙂