After Kaspar and Kamäleon :Mataina Ah Wie Süß: already in building B on stage and Tatiana were in Ackerkeller their audience enjoyed, It was clear, who does not talk in Irrenhouse would stand on the stage. So one might consider, who instead on the boards, the mean Irrenhouse, would be. 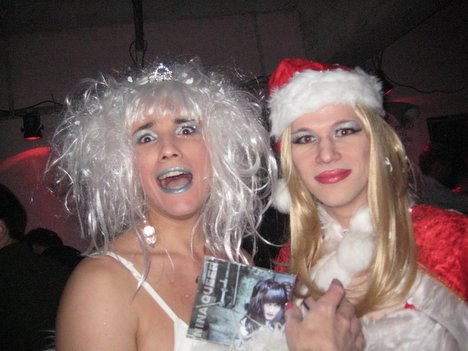 Before we find out, however, the, we had to find firstonce to mislead the House, and was quite a walk, because the first parking, the Sheila was found somewhere in the suburbs – of Hamburg – I believe. Walk on high heels in freezing temperatures with a short jacket bbbbibbber. Well, I had at least a pair of pants on, Sheila crosshatched a lot more – and therefore ran the marathon a lot quicker than I.

When we actually arrived at the Christmas Irrenhouse pretty clear, Who we are probably next on stage :Nina Queer: would see, because in addition to the wardrobe was a small group of Melli Magic, Blenda With und :Gloria Viagra:.

Blenda but did not show, but promotion for their new party “Freaky Friday” made. :Superzandy:, Melli, at the Music Hall. Sounds good. Lilli line delivers the buffet. Blenda Med with two private parties and self-promotion area for other, Cecile Celsius is on the flyer the next astray House Party… Seems as if the chicks fledge. 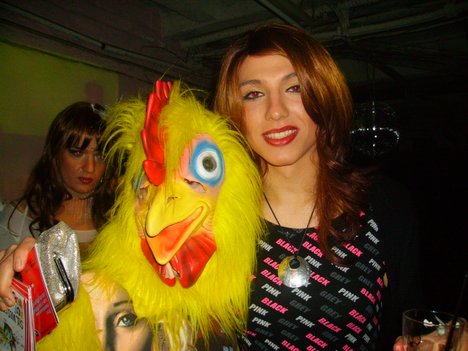 Nina's party has long fledging and the crazy chicken Schlüppi is certainly no longer a chick, drum for something important, where Trance Show, the nightly Highlite in any misleading House.

Als erstes ENTER Melli Magic, to give the stage to the waiting crowd Whitney Houston.

Of course it is always a highlite, Melli Magic when their ever-popular and critically acclaimed performances are Whitney Houston. For this, it is famous, but at a Christmas bash is actually misleading House “Pearls before swine” throw, because there is really only one, what the audience is waiting…. 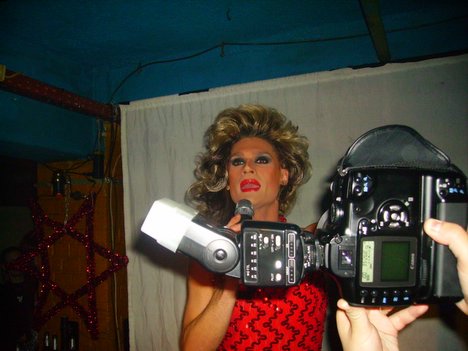 (Throw-in)
Mark: Do not always Krizzie behind the show, since then more photos like this come out. Man weiss, she just rumfuchtelt with her camera. Now, it is house and home-photographer (even if it is not always recognized) and it is their right, to do anything for a good photo, auch wenn es mir ab und an ein Foto versaut 😉
(Throw End)

where I was? Oh …only one, what the audience is waiting.
Gloria is the but at a Christmas Irrenhouse not, Although they reeled their professional show down, but I confess, I currently do not recall exactly, wass she has actually performed.

She did not disappoint me, but they also just do not ripped me off the stool. Man hat eben schon viel gesehen 🙂 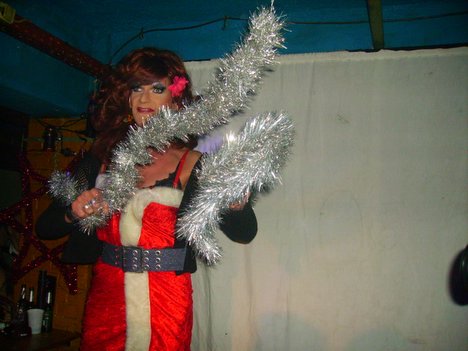 “All I want for Christmas” von Mariah Carey. Nina acknowledged with the words

“and now I do my damned duty and sing”…

like she wanted to weigh us seemingly only in security, because the ceiling hung a confetti Speier, blew the one in the asylum house completely unusual small number of pieces of confetti into the crowd. Disappointing!

But a little later, Nina took the big confetti bag out and the Mad House was white and Christmassy. 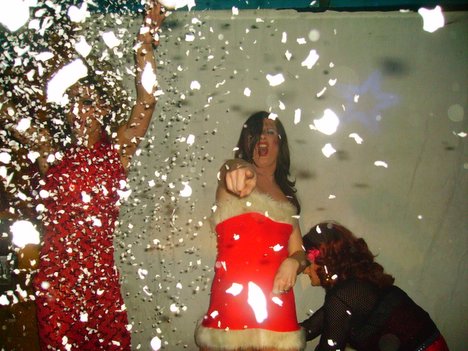 Well, that was the last astray House this year. But it's already in January 2008 further and it would have to go with the devil, if we are not then there…

The Christmas Angel will then not longer needed, but I've been told, that Red Bull gives wings… 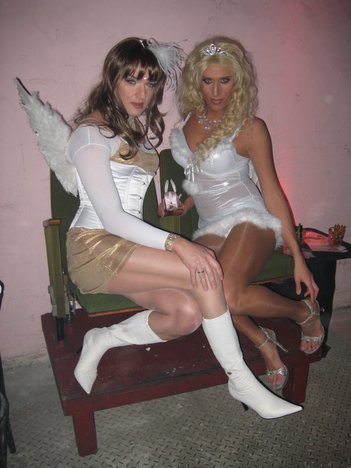 2 thoughts on “more confetti in a mental house”