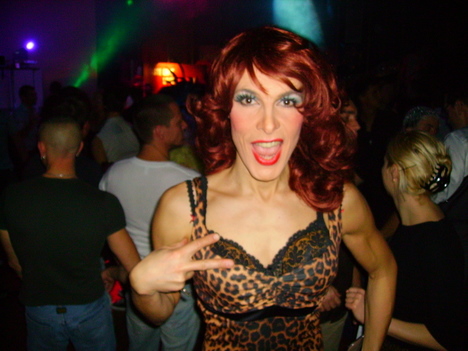 I have quite a while with my little list of Stars and Starlets pauses the drag scene, there was always more than enough to write. Nevertheless, it must be in the list though finally go on un even more clearly this time with a star as a star – at least in Berlin.

The Lady, the most so far was the most different names on any flyers.

So now I do not mean a person, that would constantly change their names or pseudonyms would have massive, no your name is just something unusual and therefore probably the most difficult to grasp Flyerproduzierer. I have already named as Mataina, Martina, Mantaina, Marteina, Martyn, Matina and X've seen other versions. And if this is not enough name confusion, can carry on the surname, known in Germany as Ah Sweet and, when they once again with Melli Magic than the two trannies go from Mykonos is, is sometimes just changed into vagina. But it remains, that in Germany only has a name and is called Mataina ah wie Süß. 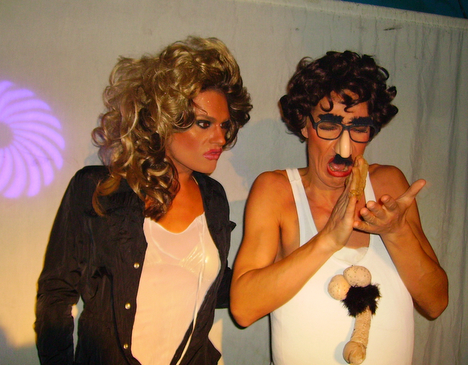 Now Berlin has loads of great drag queens, but many of them are neither fish nor fowl. So of course I do not taste or arty-farty but qualities and skills opportunities. Many Berlin Drags are constantly Although some flyers and are therefore always present in Berlin. However, very often more behind rotating CD discs as on the stages, which actually should mean the travesty World in Berlin.

In Mataina Ah How Sweet it's kind of the other way around. Of course they can hang up and does from time to, but their great qualities are on stage. If there is a “Prädikat Wandalbar” Art should be for drag queen, that it would probably get Mataina ah how sweet. Red, Weiss, Blue, Black, Braun, Blond, Hydrogen and the whole thing in countless cuts. Mataina has a wig collection to call their own, on many a wig shop would look enviously – and displays them in ever new stage personalities. But each to their short-term personalities needs the appropriate lyrics. Often digs Mataina songs from any crate, of which you have never heard of something lebtags. All fits together but always excellent and receives mostly well-deserved applause. 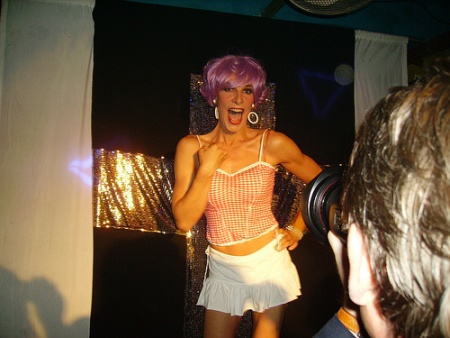 Overall, everything seems (and that is now meant positive) very professional. It has often worked out a little more, treated with a little more thought and a little more preparation than other drag performances, I have seen in recent years.

Usually in the drag scene is indeed the case, the following: In Germany a star, nothing in Berlin… Incidentally, this applies the other way around. Really come out significantly from Berlin only provide very few. Mataina ah how sweet has done it with an appearance in RTL Wife Swap in which they shown the fake Trans-WG with Angie Price and Christel Cokes board and the exchange mother served, supervised and after all comments, I could find on the internet as, arrived extremely well. Best advertisement for trannies, Drags and of course for myself Mataina.

But not only the exchange of women-seers come Mataina ah sweet as well to, but actually for all. If you talk with many people, there are few people, in which they all agree. If you are using 10 maintains different people about some drag there will normally be within that, they are class, a few, they are totally matter and some, they do not like. Finally, because there is always at least one person, they can not stand on the death. Mataina like ah how sweet all. I honestly, otherwise I would not write it, not heard a negative word about Mataina. 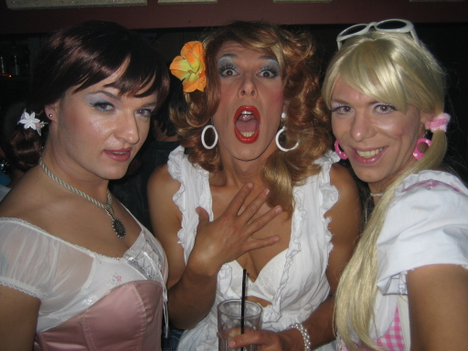 Also I would think none. It is great, convertible, sympathetic and gave us several times (freely according to their motto Travesty Zahl not) brought to an entry on the guest list free entry to Bangaluu. Thank you for this and for many great shows.

Find all posts by Mataina found, the wonders of the day: Mataina Ah wie Süß