….to the original topic: Umstyling.Sheila and Janka were there, I was there, the poster on the wall and the camera crew arrived just as. Actually lacked only the “Victims” the Umstylingaktion.

A really nice girl, that has been really hard on this day, just do not look glamorous and most had problems with it myself. “So” look she was not used to and it was not pleasant itself. Comprehensible! Her face was so, before the lights were switched on even a basic primer.

Now we could begin to turn – if we had had a seat….

My only seating, an IKEA swing chair was too low and not really good for making up. Therefore, my little Siteboard Catleen cabinet had to help out and had to spend a few hours on the high edge. 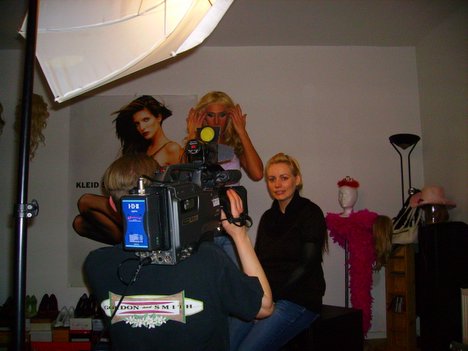 A few hours is also the right keyword. The whole thing took about five hours to end up maybe 5 Zusammenzubekommen minutes… And I tell you, those five hours such headlights in the booth, develop a commercial heat and good burning fireplace. Stupid for, come into the picture until the, if the makeup has long been out of the picture (Face) is.

…. It has been desired, that each is responsible for a part. Janka, for hair, Sheila for makeup and I for clothes…

…Well it was not but so, as you might imagine it to. We are looking, something we want to attract and then vote on it from the rest… In that case I would have been first and everything would have been fine. Forget it! I came last.

The start made it Janka, prepare the hair neatly times. Heisslockenwickler – each curlers had to be turned in multiple, thus definitely THE Lockenwicklereindrehszene of the day comes out. This Catleen should ask all, what could be more interesting probably. What is that you will see, however, only, wenns sent. 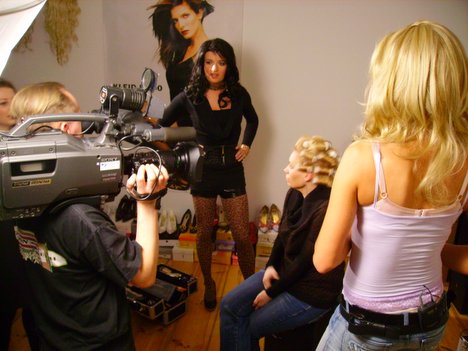 Janka followed by a full time Sheila. Strictly speaking, followed Sheila and her Janka, because they actually did the makeup for two more. A few decent Smoky Eyes, of course, only Sheila will be seen later (because of trisection and so)

Makeup classes – now had the hair, were screwed properly will also still brought in the form. Really nice hair, according to Mrs Kroft, who let the visitors make excellent. It was a really beautiful Anna Nicole Smith Hairstyle or Catleen feared “Susan Stahnke”…. 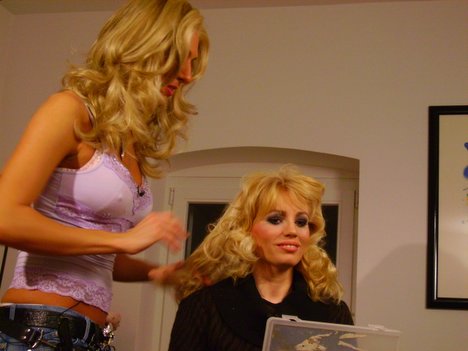 …Everybody knows, that such a makeup must come down and must be re-done – but in no case should be hauled before a camera. It was nevertheless… But not really long. I showed, my wardrobe, took some clothes out and my job was done – hardly important. 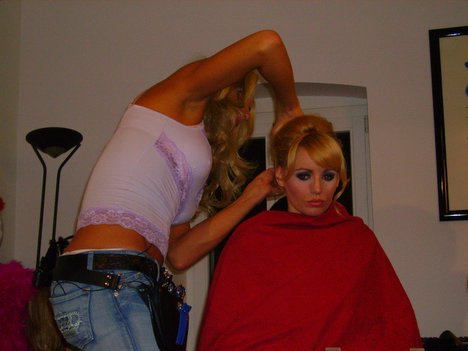 Presumably, all said: It looks so shit now from – not so much the picture with the….

Hedgehog, and we looked at Catleen four dresses, decided on a red, refreshed and very briefly on something and drove off, immediately in order to 23:00 to be at the party at Maxim.

23-14=9 …. Old, nine hours makeup to a party, I've also never done… Somehow one feels as cruel, but certainly not glamorous.

I'm curious how it will. I think, I'll find myself terribly.

Nen party report with the “manufacture” Catleen” but gibtb it until after the show, because I do not want to prejudge the picture yes.

4 thoughts on “we get to the point”