Who does not know, die Kontaktsportart Roller Derby. Größtenteila of America – and from there the Europeans rather pretty trashy films like Rollerball von lang lang her – known. 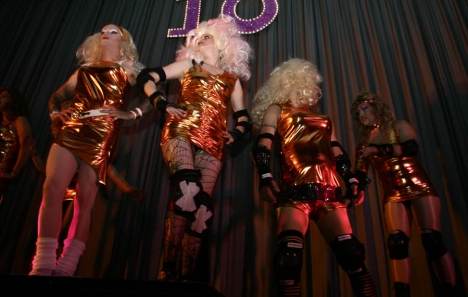 Well quite as apocalyptic as it does not go quite rollerball to the Roller Derby, but the whole thing is more of a sport for real men – or at least for girls, here is on her husband.

In short it comes, that one player per team will score points, where he lapped the entire opposing team. His team supports him udn the opposing team tries to prevent the. Better explain the rules is not so easy, but roller derby has something of mass brawl with rules on roller skates and is like saying something for tough guys or gals, but certainly not for the squeamish.

Im Club Xanadu, a drag queen club in Arkansas is the tradition also maintained. However, the sport is called Drag Queen Roller Derby here and is operated by these same. There is also a game of two teams and in this case also a struggle between good and evil. 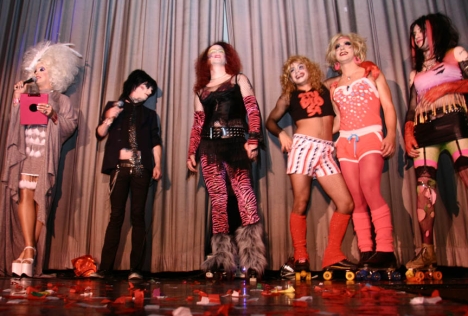 However, as in this particular case were the rules I can not see the best of intentions. With the rules just mentioned and be read by me has shown very little to do. As I see it, it's all about, possible to completely tear the opposing team, the fake hair from the head. That alone may indeed already be quite funny, as long as you do not do that with me – and even not unprepared… When Drag Queen Roller Derby, however, seems to belong to the good tone and each of Akeure will be aware of which have been previously.

Whether the whole even more sense is you can only learn certain, wenn der Club Xanadu, the whole spectacle repeated twice..