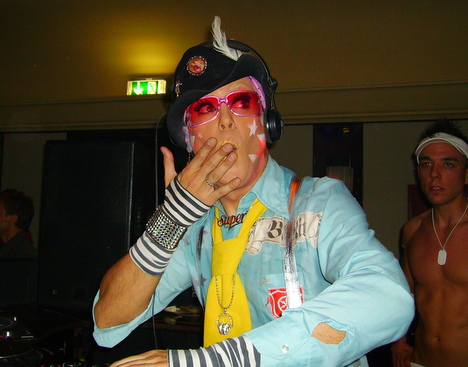 Sometime I have in my blog section times the “Stars & Asterisk” imported, but which grows very slowly. Just give five people have been found shot in my little Hall of Fame and there are sooo many names from. Time so, slowly take someone again.

So today we continue with a genuine artistic figure among many other art figures, with a great DJ, with an enormously likeable person with probably the coolest outfits of the Berlin drag scene. It's about SuperZandy. 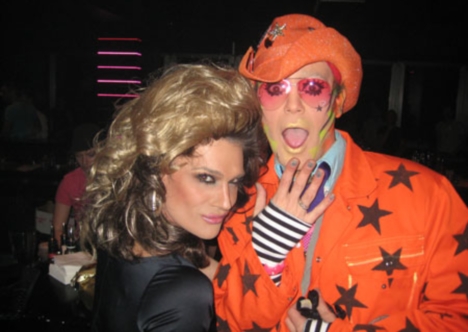 In the last post about Mataina Ah how sweet I have written, Mataina that also hangs up, But their world is actually the stage, because it was unbeatable. With SuperZandy it's the other way around. Your world is the platter, for as it is in her element and unbeatable. (at least as far as the drag DJ Scene)

This is actually not quite white, whether SuperZandy should really be called rightly as a drag queen… Somewhere I've read, it was actually a trans impersonator. Sounds funny, but somehow it is so. Not, SuperZandy that would indicate a bad drag queen – it does namely, but it just occurs rarely as a drag behind the mixing desk. 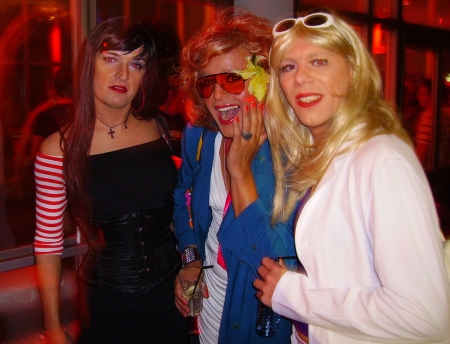 Now, one might speculate, they simply have no desire, always aufzutransen, should not feel like what they put on the makeup and the question again this time. But far from it!

SuperZandy is always aufgetranst, always extravagant makeup and I think, I've never seen it in a boring outfit. Often in shirt and suit, sometimes in a catsuit but always colorful and always flashy and always with any accessories. (Only the hat she has on often). Insofar as it actually meets all the criteria to be a drag queen without a. This makes them but – themselves in the colorful Berlin drag scene – unique. 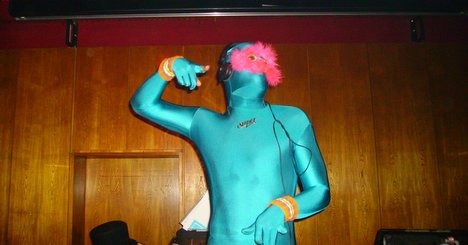 Musically SuperZandy is somewhere arrested the House, between house and I do not, Vocalhouse, May differ Electro Techno or slow. We say it differently, when the mixer is SuperZandy she plays no more music in the guitar occur. Their sound is electrically. …Although this is actually not my music, but she has done it several times, was sticking me on a dance floor even though the room next door rather played my music. Remained, particularly in my memory is like their set with DJ Milk im Klub International, where the two had just hung great and obviously had a lot of fun – I had also, because they had fun. That evening I decided, SuperZandy that is probably my favorite plate specialist in Berlin. 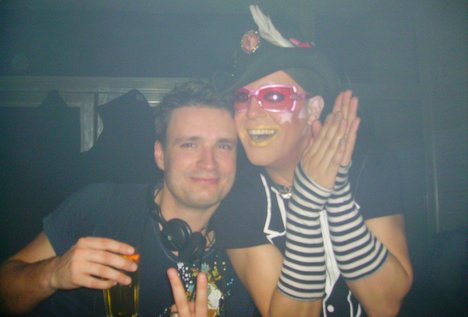 Speaking of plates. She is one of the few drag Djanes, which still can handle this big black gizmos. Most of Berlin Drags swear yes but rather on the small pieces of silver- I guess but, which will also be related, that they just play other music.

Maybe SuperZandy is also a nostalgic and, we still have them last summer with a camera with real film (So not digitally) seen, to which they swore. Whether she has now gained a digital, I do not know, but there probably hit the photographer in you to, developed but rather the real movies, pulls out as a memory card… 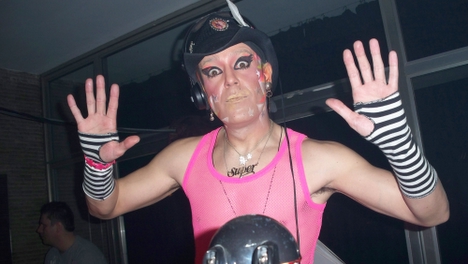 Because if SuperZandy not just behind the controls, then stands her male I like as a photographer behind the trigger and you are coming back out rather exceptional images and Closeups. You should dringed times on its Photo Page look, who is there already so everything is represented and who is hiding behind the tennis player for example Kurnovykaya. The people are all, not only long Weiler. Respect for the photos and the list of persons.

There is certainly an advantage their Plattenauflegekunst, meet the people, but I think most of all it is absolutely likeable character Superzandys. There is a commonality with Mataina. I wrote about it, that there is hardly a drag, which I have honestly never heard a negative word. SuperZandy is the other, to which it applies. 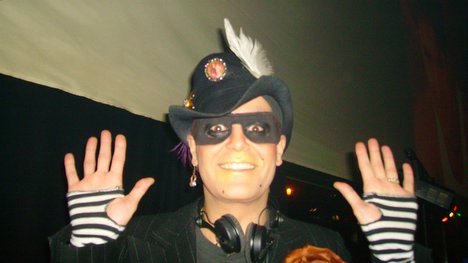 Myself SuperZandy is noticed for the first time at a party by Valery Pearl. I had no idea who SuperZandy and did not know they also. Since celebrated this freaky dressed and made-up type front of the stage and I still thought. “I do not know what he is, but I think it's cool”.