At the weekend there was nothing really important to, except just the Eurovision Song Contest.

For the reason it was for me not matter, if I at half past eleven, Appearing zero clock or only by one party on any, So I looked at the numbers on the contest and grimaced at me for evaluation by about 23 Clock in my bathroom to prepare.

Rrrrring
Hi Sheila, how far are you?
yet not at all far (I was just shaving)
There is a Christian Audigier – Ed Hardy party at Felix and we are on the guest list

… I was just as I said at the beginning, and so it took quite a while, until I should get going on. But above all, it took me a little while longer, because somehow I was not satisfied with my first outfit.

I decided then – For the second time within 8 Days for the short dress silberglitzernde. Actually a scandal, but this time actually with the Sandals, I last week Irrenhouse 'd rather have left at home. For Felix which was also very good match… 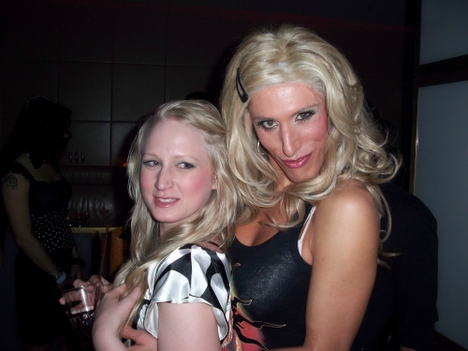 Felix went to come fix, Felix INS should come then take a little longer. This was not because, I would have to discuss with any bouncers, but it, I was on the guest list… …I always find it a bit strange, if more people on a guest list to a party so come those, pay the normal. That evening there was such a party. The snake on the guest list was larger than that at the normal door in fact. It was incredibly, but when I got were forty-six, in numbers 46 People in front of me. And it was moving very slowly… ..Of course, because at the normal checkout pulls you spend money and there is, on the guest list, says his name is, is sought, not found etc. etc.. which makes the snake just slower. No matter, Munich behind me two small groups talked about their reasons to go to Felix. ..In Munich, they will probably have to P1 and now they just hope to Felix.

I even stood on the guest list queue falchsen – I did not yet, that there are multiple. No matter, by maybe 20 Minutes I was admitted into Felix and it was full… very full.

The Ed Hardy fashion shows was unfortunately ended, but it was still nice, because generally the Felix is ​​already a great club. The music is good and there are many many pretty girls in Felix where we are actually well received as always and you can get surprisingly good despite the abundance this week. 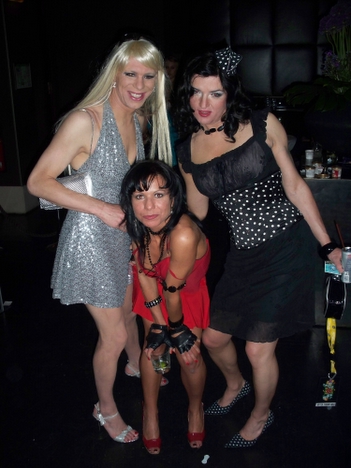 Janka and Sheila had already been made contact with two girls in the VIP area, who were so Nett, to have some drinks jump out of the VIP area. Super network.

Nette Mädels, great music, good drinks. Was will man mehr? Maybe some space. But exactly who was in the Felix rather scarce so we were pretty annoyed at some point from the lack of space and warped us at some point but then the less full Schwuz.

However, before we had to urgently make a few pictures on the red carpet and the party labels. Something Oskar Bestowal feeling for us. Class. 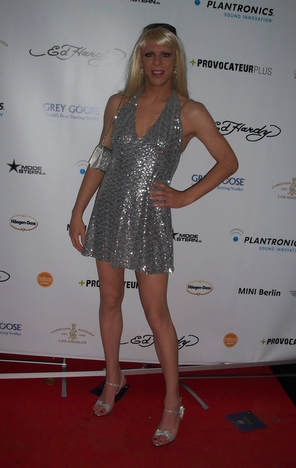 The Felix is ​​great, but in the morning to 5 or six, it's just much more relaxed there…

Interested by the way, that the girl wanted to know in red above, where we are otherwise. she was always at the Felix or the Adagio, but where we are, It was certainly funny… Beautiful, that it holds for the given, and often it is certainly so.

Btw. Felix on the way to a flyer for the Nogger Choc welcome back party was pushed into my hands. For ladies to 24 One free admission and half clock. …However, in Spindler & Klatt… But enough of them I first.