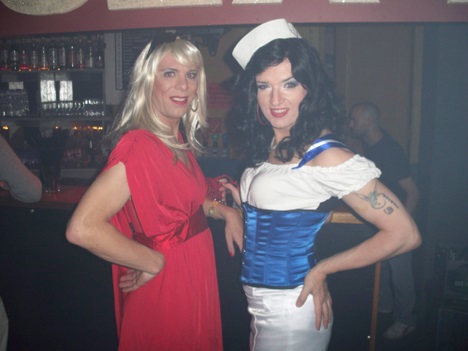 …so Sheila has dubbed the visit in a mental house exactly one year ago. Immeran the weekend,where is the gay lesbian festival in the city Motstrasse and adjacent side streets, the party people shifted more to Goya, instead of through half the city Irrenhouse to drive.

We actually already expected a fairly empty and misleading House already completely missing the line at the door seemed to confirm this. No guests at the door and also freedom of movement in the birthday club… At least it was not so hot and stuffy. In addition, we were finally back almost the only interesting photograph objects. Something like that we may always. 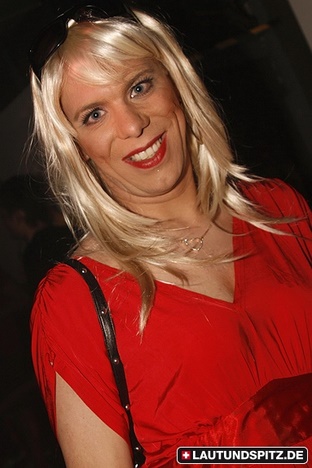 But even if the audience did not flow in droves, so did not detract from the show. With :Mataina Ah Wie Süß:, :Gloria Viagra:, :Nina Queer: Personally, of course, and the 5.platzierten franzäsischen the Star Search show there was still a great show offered.

It started with Nina, Günther Netzer travesty… what she means well… maybe the hairstyle? No matter, they began with a Tina Turner number, they together with Arne Friedrich, Lukas Podolski and Jens Lehmann sang and gave the best. Apropro give the best. She gave the three the, what it does best and that it rightly is obviously almost famous. But look for yourself.

It was followed by Mataina Ah, how sweet, which has again chosen the hardest job…. Mataina seeks so happy songs, of which you have never heard of something Lebtags. As the matter of the Chhhruchhhrucksnestt. A large-Din A4 paper with text on Swiss German and Mataina wondered before why they still always something doing to yourself. Nun Mataina, probably because it is something special and nobody else does something like this. Great in any case, they can always come. Eben also this thing with the Chhhruchhhrucksnestt.

The third member was then Gloria Viagra, the trilled my life and to everything he took with him on legal and illegal substances – or at least did so. Whether she meant but now that her own life, I can not say with certainty. What I can say with certainty is Abver, that the substances on the stage was at least partially non-real. Tasted the vodka, the splashed up into my face but comparatively watery. And I guess such a waste of white pUsers, if it was for no flour, would be expensive…. Still, it was nice. 🙂

With three numbers, the show is also in the madhouse like once finished, This time, however, Nina had a “Star guest” in the quiver. Please forgive me, but I do not know who the guy, has occurred… You please give me more info. He has the French offshoot of the Star Search 5 Court and won a top 10 Sing placement in the French charts, and his name is “please enter here” Chris Andersson as Sheila told me. God knows how Nina has come to it, but it is probably as a star and came on stage to bring his single. Two sweet girls accompanied him there… Whether he knew well, at what a party it occurs because???

No matter, the show was over and the Mad House whether his wealth not necessarily THE party of the night, So we moved on, to seek.