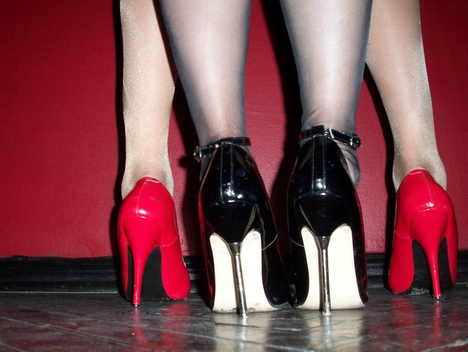 Friday were a lot of trannies, I've known for quite a while in the city. Mia, Kerstin, Jessi and a whole lot of other people, who gathered to Pricillas successor party of queer boat party on Saturday in Berlin.

Usually you find such Transenzusammenrottungen from Germany either in total or in KitKat Insomnia. So I knew, where I would have to go, it was so nice, to write me a text message, against me 23:30 recalled, that Jessi had just arrived in Insomnia.. 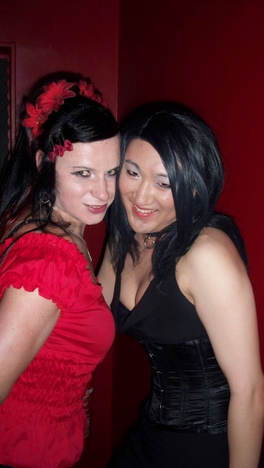 23:30? Way too early for me. How am I supposed to be somewhere at such earlier time? …But I did not have so, because
a) I am mobile
b) I know the way
c) I had to eat something and before
d) I was not done yet

Irgendwan at one-thirty I stood – fattened with a whopper – at the door of Insomnia. I can remember, there have been times in front of closed doors, because I did not know, that there will need to ring to get inlet.

No matter, I slipped through, when the door was always open and just randomly moved into Insomnia.

Generally I like the Insomnia by flar ago yes. For that, that it is a solid club, they are major – at least on the weekend – but far more interesting than, say, people around the KitKat. …And much fewer tourists. Wer also gerne gothic- or goes tinged fetishlastig, and then just by chance is no greater party going, of the insomnia should try it. 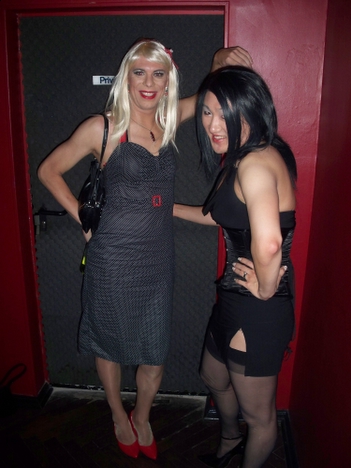 Or even the people, related to Depeche Mode, because this Friday there was the Master and Servant party. That means here, however, only secondarily the theme and sub master but has mainly indicates the eponymous album by Depeche Mode…

I have a bed but then prefer to “comfortable lying around” and “I talk nice” used and that was also very nice. The only, which is not found so great, war Dominique, who asked me, watch with my heels, Leather and heels not vertrügen and I should also watch, make no scratches in the tiles…

Na egal, I watched something on and all was well. Himself again with Kerstin, Jessi first time or to entertain with Lena and in between a couple of Depeche Mode songs to dance. So I like the. 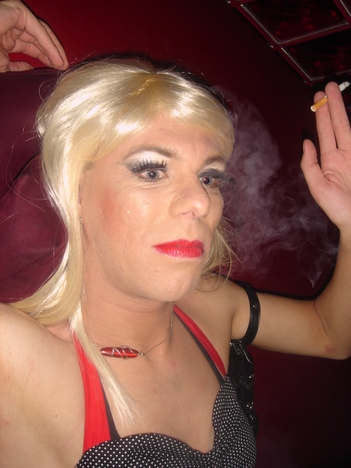 …but why I found myself at a times with a cigarette in his mouth, I do not know – and even not, why the same thing happened again on Saturday…

It was definitely a nice evening

One thought on “Master and Servant im Insomnia”