For our conditions showed the Honeyball very early signs of disintegration and a longer stay in SO36 would have done the evening barely positive, So we fought our way through the travelers streams, in which the streets have turned to the car, which fortunately was not far away…

And now? For this evening also held Kino International it was still a little early so we flipped the 030 to see through to, what could bring us the evening so…. The Silver Wings at Tempelhof Airport, for example, with the Eis am Stiel Party.

…Popsicles, but these were the movies, earlier in the evening program of RTL, ran alongside Greetings from the leather pants and similar precious celluloid products, I could not even look at my age and wished me today, I had actually never seen it. 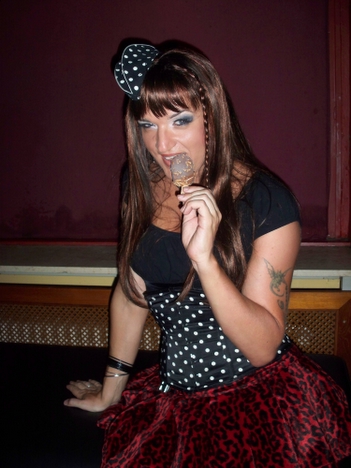 No matter! The party was called so and what it has to do exactly with the film, should be clear not quite later after visiting there. But for now we had to get there first. I can tell you exactly anot, how we got there, because Sheila had to indicate whether their street knowledge. Secret paths, Secret paths and back roads with massive cobblestone. A lucky, that it has mini shock absorber. Now he probably needs new… We arrived and found, surprisingly, a car park right outside the door.

In most cases, the evidence of an empty club. Here but fortunately not. The entry question was fairly quickly with “You have to dot, You can by, I just need you tick” answered satisfactorily. Praiseworthy.

The club itself consists of two dance floors, in which a) fifties and sixties rock'n'roll and everything following this style of music and b) played dirty sixties Soul. I really like both and both took me to the dance. And I was so busy, I mitbekam not at all, that have probably looked at us askance some people – and probably really could not do something with us. There's probably still some convincing to do. ie gesagt, I noticed that once again not to, as it never really catches my eye.

However, I noticed, that the visual Ladies offer the Silver Wings is clearly improved. I could say now, that there were no pretty women site, however, this is exaggerated. …More than “Very little pretty women” but it was not in fact. …This is not only we noticed two, but also the one girl – the only – that approached us to hold forth about it, that we would look great and that they would find pity, that the rest of the ladies had given so no effort… And she was right… 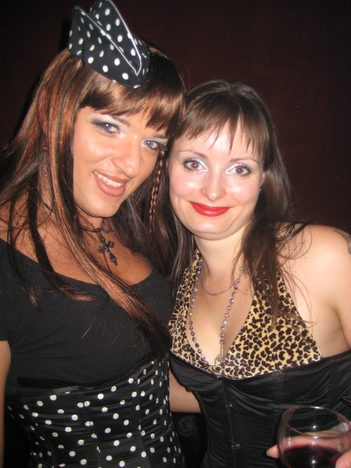 Just what exactly does the party have to do with the film, shone to me as I said not quite a. Maybe it was because, that there is actually a nice person Ice distributed on a stick – although this is probably more due to the name of the party – and not the other way around. 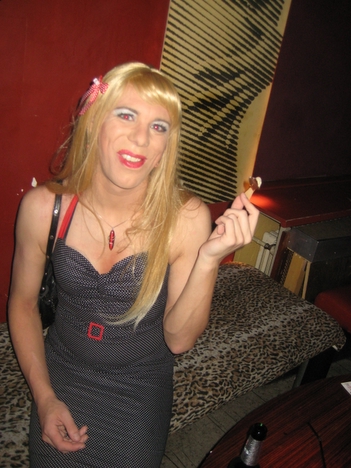 What the hell, the popsicle party, you can still visit once again, if nothing else just is pending. But this was something else and that the Clubs International in Kino International.

2 thoughts on “Popsicles with ice lolly”