But did not reach the calculated scandal newspaper image
or: Tomte in Berlin 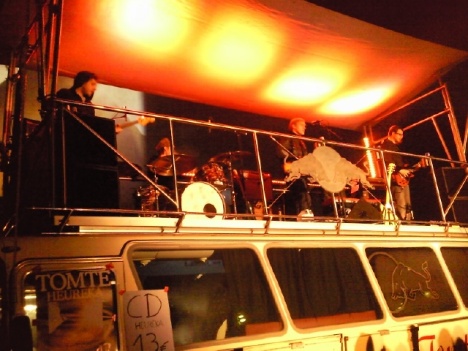 If you just once gives an overview of business advertisers, will be – sodenn is a really good marketing department overview – arrive quickly at Red Bull definitely. Perhaps no other brand has so consistently made sure to be a household without too much advertising.

I mean now, especially as advertising advertising – because in sponsoring Red Bull is perhaps not monetarily leader but definitely quality is miles ahead. Any sport you can pick out a division or, not 100% Mainstream and still attracts plenty of people are looking for and you can be sure, Red Bull supports that at least one of the best of the genre. Surfing, Beach volleyball, Motorcycle, formula itself 1. Red Bull is always in the picture.

That they are also involved in the music industry I was not so clear – today. Today I learned a lesson in sponsorship.

Take an interesting band, of hardly anyone would accuse a comercial sellout and the people but enough to wait for the new album. Tomte is watching all this.

Man syringe Tomte am Realeasedatum einen “Secret show” organize, However, the – since announced several days in advance – not “secret” is, than that not every TV station and every newspaper editors knew this. 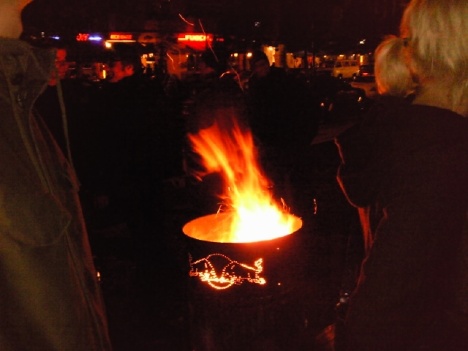 For this secret show you let the band around 0:01 climb and play in the open air on a bus.

Because the whole autumn takes place in the night, ask you some Red Bull tonnes and let it burn, so that the audience can appreciate the warmth of the sponsor.

The ultimate picture was Tomte and Redbull but not granted. Nevertheless Tomte singer Thees Uhlmann asked several times by the cops and at least at the end of three police cars were on site, there was probably not the desired picture with Tomte and some policemen on the bus behind the large Red Bull logo. 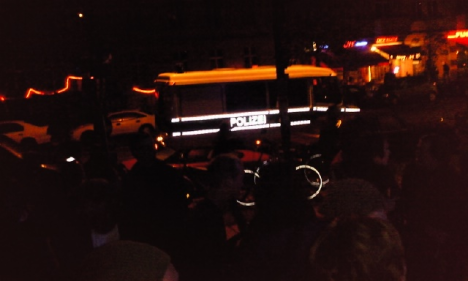 But even so, there will be plenty of press for Tomte If enough sponsors and Images for Red Bull.

I myself am not a huge fan Tomte, but I must admit: Very well done, love marketing department of Red Bull I'm excited. If you want to sponsor blogs incidentally times. Ich würde mich da wirklich gerne zur Verfügung stellen 😉