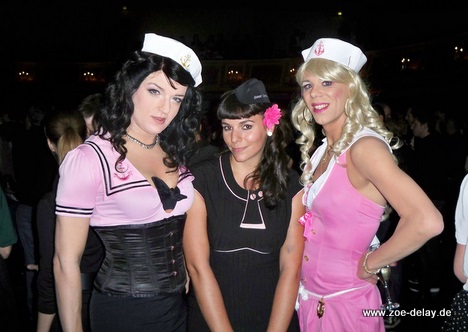 Sheila and I with Lady Nico

Thanks to Janka for Matreuzö outfit

Since the Swing &#8216;N Jive Easter Ballroom I'm a fan of Swing Royal and look forward every three months back on the Admiral's Palace, the mood, the music and last but not least all the nice people you meet there again or repeatedly sees. 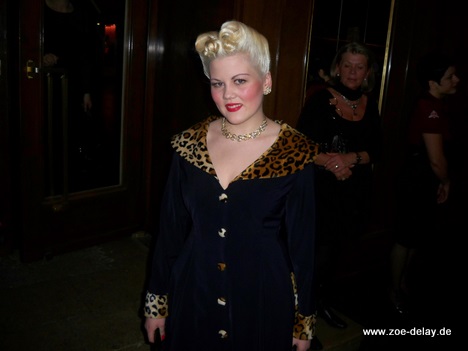 And this time there were many. So filled was the Admiralty, that there were no more tickets already days ago. How fortunate, that we did not know this, because otherwise we would hardly be so equably without a card for me went there… 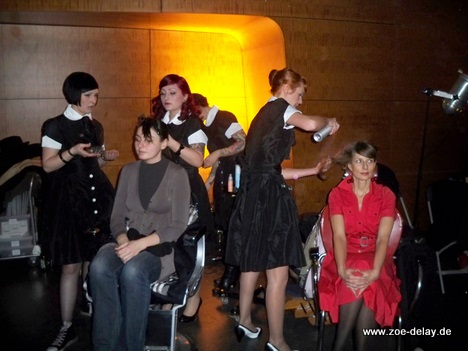 Why we are ever driven, I can not say that all, because Sheila could leave their car with them and also I can walk from my apartment, so we have to park far away. …Okay okay, of course this is an exaggeration, but we came through deeply frozen in to the Swing Royal. 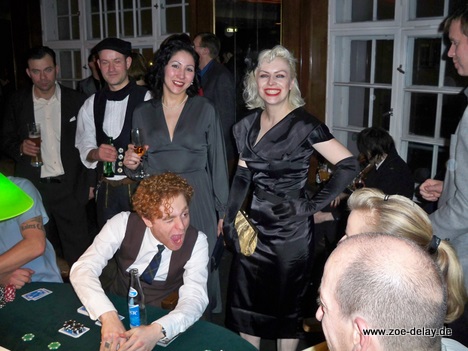 Sheila had to get back on one of her many contacts a guest list place for himself and for me there was still a possibility, To obtain inlet. That it would have actually been no more tickets in advance, We learned later… What luck. It would have really annoyed me. 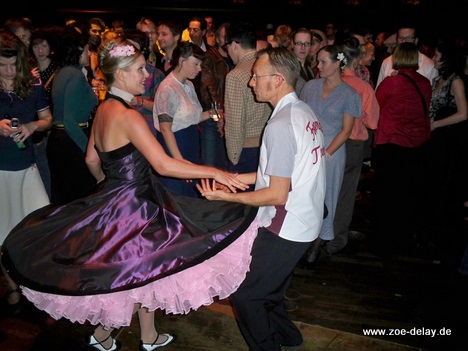 Instead, we went to Admiral Palace. Both interior and ranks were filled completely and the atmosphere was great. It was probably well done advertising for these Swing Royal and all were on Kitty, Daisy & Lewis excited, to which I, however, am only tomorrow. 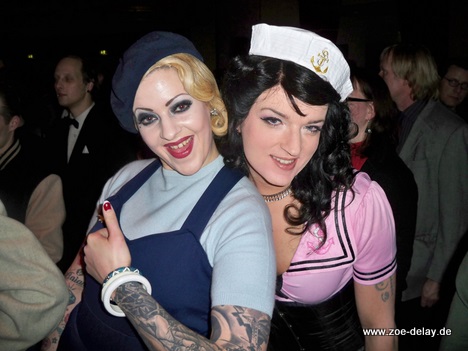 But still played before the Swing Dance Orchestra and there were two burlesque shows. On the one Eden Glamorama, which not only defoliated, but then again attracted some. To a rope to be exact. She lay down on the stage, a Japanese self bondage… …moment where I know something and why can not I assign it??? No matter. it was definitely nice.

It was followed with the “the longest legs in the world” announced Hitgirl, the last week of The Glitteresque somehow still Taschana was called. So fast sometimes to change names. Nundenn, as they danced on the front of the stage this time, I was privileged at least once, to capture their entire body on video. For its size this is not, of course, far.

That after a few tap dancers their skills on stage zeigent subsequently fell really just the effect the weight, that part of the audience already showed their displeasure, because they give special attention to Kitty, Daisy & Lewis waited, the then then finally started and gave a great show. Here is just a small taste. tomorrow there is more.

Otherwise it was great Nico, know, Mic and Mina meet again, to schnacken with Sammy, watch the girls while styling, for Redcat 7 Turning wheel of fortune and and and. In short, Oh, It was an entertaining and very nice evening. 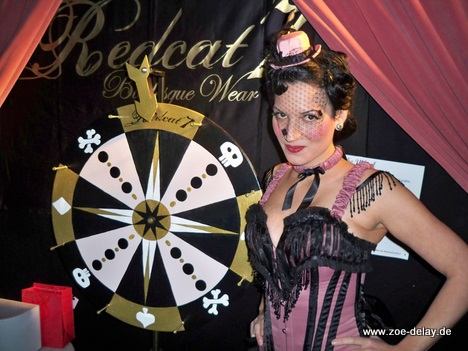 Djamila for Redcat 7 Wheel of Fortune