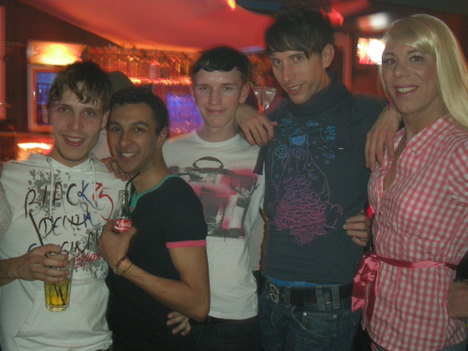 by Krizzi wit a K.

It was again misled House on Saturday and it took me straight on Saturday in Hamburg back on the highway to Berlin. The drag shows on Nina Queers party must indeed be photographed and filmed primarily. I do not know, Janka that Sheila had his camera still and the girls were also recovered as captured on video. But apart from that I also wanted to anyway astray House, denn dort bin ich eben immer 🙂

Actually there is also always Krizzi to photograph the party. This time, however, the flash of her camera, unfortunately limp, so she had made with my cheap clippers mislead the House on SD card ban. Unfortunately, this also has the disadvantage, that I just could not.. Therefore, today no pictures of me. Fortunately, I was able to film the drag shows, because the light of their own camera was good enough without flash. Is just a professional camera and not a cheap clippers like mine.

But to see a show, must firstonce drag queens show up and they came. Nina Queer course, Gloria Viagra, Melli Magic and Mataina Ah, How Sweet, latter two went completely astray into an unglamorous House. Better Said she crept in. to. Erst Melli in Jogginghose, the missing wig covered with a parka hood … So you have not seen it and were amazed when we arrived a few minutes Mataina. Also the lack of proper style wig with a Fidel Castro hat covered… Funny drag queens this time in a mental house… And when the two are still welcomed Nina came with the words “As you can see because of? – Come back quickly before anyone sees you” hastened.

To show the two were but then again the glamorous Queens, they are known commonly as the. I Glorias response to recent excesses of the Catholic Church already shown yesterday. So there were two shows…

Yes white substances frequently occur once in a mental house in the drag shows that is indeed nothing new. Times they are liquid, but most of the powdery. Stoff also, but such material, like Nina called once on Saturday is a new type of drug. Although some substances can also be quite expensive, maybe even make depends, if the right brand, but I think Annette Lousian said the ied somehow different.

After that came Melli and Mataina on stage with obviously her first number Mykonos. Lady GAGAS “Poker Face”. I'm sure, that is still up UDN played down in summer. Now Lady Gaga says so himself on his, she felt like a drag queen…. in this case, but was probably the other way around a high heel on it. Here, drag queens felt as Lady Gaga. 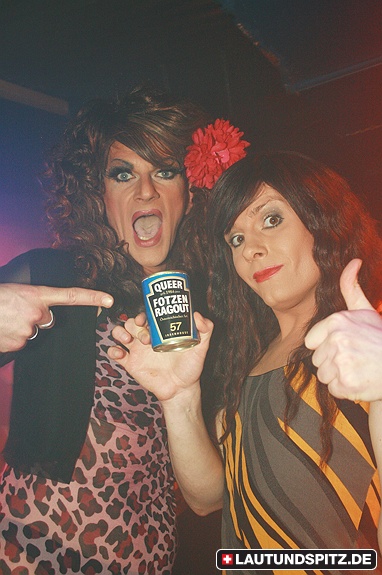 Speaking “gaga”. The Madman House is well known for always funny things and so can throwing was held this evening. With fish (yes exactly you read correctly) they threw at doses, the beidpielsweise were marked pussies ragout. With five out of three litters I had cleared most of the boxes and now I can call Eien Forten stew my own, when I somehow do not trust me, opening them. Da passt Matainas Nachfrage:

Is that something to eat?
And?
For humans or animals?