Myfest Kreuzberg, one of the reasons why I live here.

In Hamburg, my absolute favorite festival of the harbor birthday was. I feverishly every year already days and weeks previously pointed out, and i loved it, there to wander from music stage music stage and see new music and well-known. I am particularly enthusiastic always the underground stages in the Bernhard Nocht Strasse, Punk bands, Sound Systems, Reggae, Hip Hop and everything just not sponsored by a major beer manufacturer or radio station. This music is somehow more real, and visitors are also exciting. 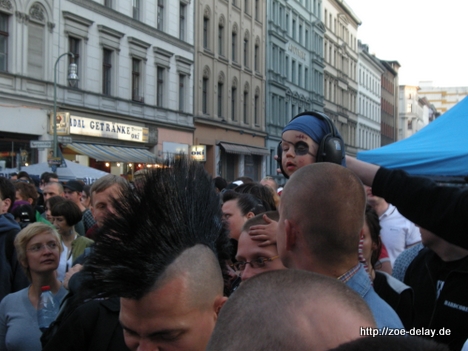 a little pirate with soundproof headphones before Trinkteufel stage

In Berlin there are similar, only without port and without Becks stages. The Myfest Kreuzberg. Already last year I was there – mostly at the stage Coretex – and generally quite enthusiastic. I know otherwise no street party, where so many different people and styles of music in such a mass meet. 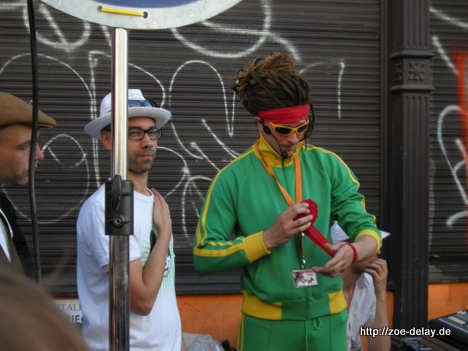 Already last year I was on 1. Mai um 12 Clock from “Germany must die” aroused, because the revolutionary 1. May day demo starts on the square in front of my apartment. The Slime with but seems to be a ritual, because this year they woke me up again with Slime to me then to explain, that “the system has to go” and only the Communist world revolution would help us… na denn. That she has shown in the past. 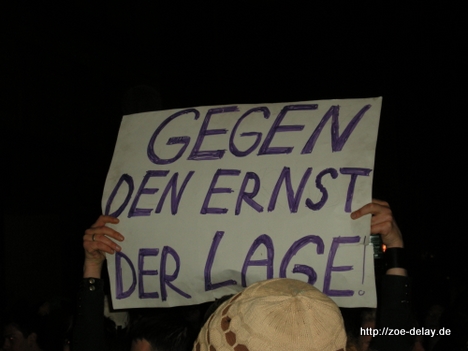 Nundenn, los gings nerve did, the big stage on the Oranienplatz made before a whole lot of sound checks then it really took off. As I said with musical styles, as they could not be more different. On stage just struggled a wannabe gangster rapper before his few gangster rappers friends and some visitors from throughout 50 Meters punks “Greek wine danced played by a brass band… 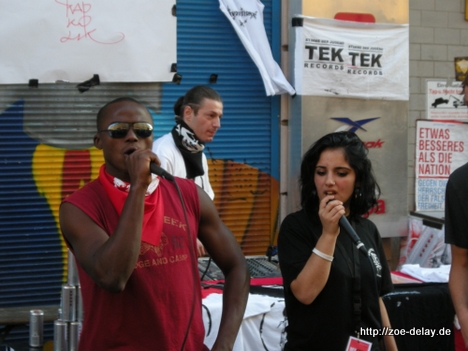 For me it was the reason to get up and at night to visit the Myfest Kreuzberg, vollzufressen me and to move from one stage to the next – and there were many stages. Gangster rapper, Brass bands, Rhythm Congo, Songwriter, Soul votes, Human Beatboxes, Reggae Soundsystems, House DJ&#8217;s, Turkish folklore, Hardcorebands, Punk bands, Skabands, Hip-Hopper, Folk bands. I forgot what? Certainly 12 Platforms + various places for music without stage. Great for someone like me. 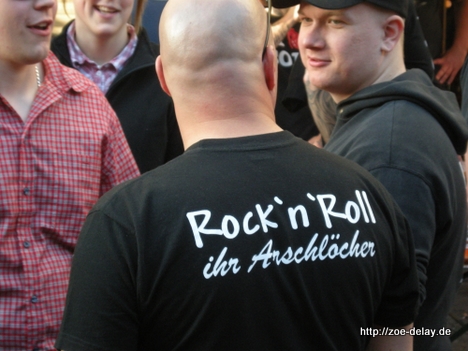 At dinner it was similar, you think a country we certainly got them something to eat – somewhere. The interesting thing Myfest Kreuzberg but the little commercial painting. Of course, the bands cost money, but they were not sponsored by a drinks manufacturer, there were no external provider but every shop has contributed his contribution to Myfest. And all this had quite a political reference to the left of the center-right. So i like it. 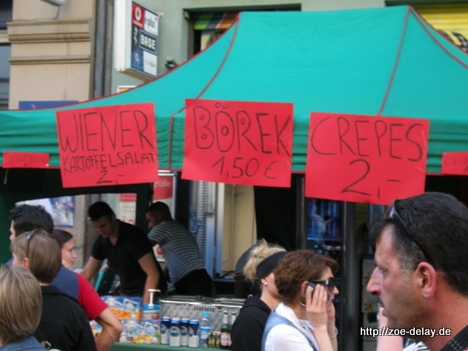 Amazing also, I've actually seen all day until the evening hours on the Myfest no police, even, as the notorious “18 Uhr Demo” moved peacefully through Myfest 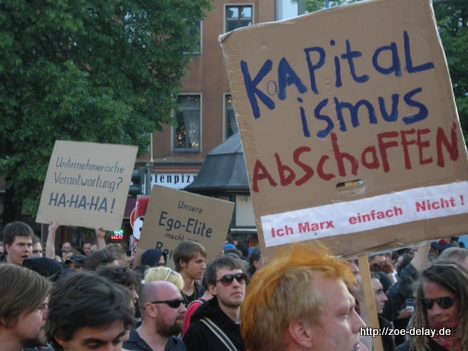 I Marx did not simply

As I said, the Myfest Kreuzberg is one of the reasons, why I like living here. 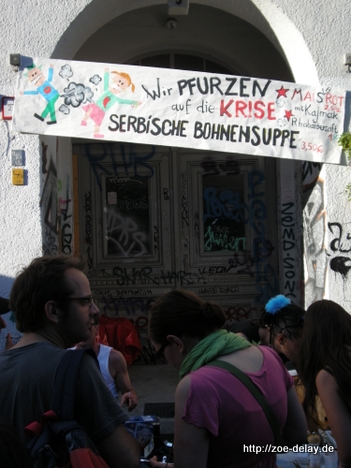