Gossip Girls, something in the air, and an error in the image.

Third Saturday of the month and thus a misleading House-Saturday. But somehow this weekend “only” House and misleading because the mad house so until two to Trans show is really interesting, we had to let us come before anything else. A meal at Sage Restaurant, to the morning but I'm only.
Today is the firstonce Irrenhoue and it brought one of the best performances on the stage this time with Stella and Destroy Heavy Cross by Gossip, I have ever seen in a mental house, is that really useful. 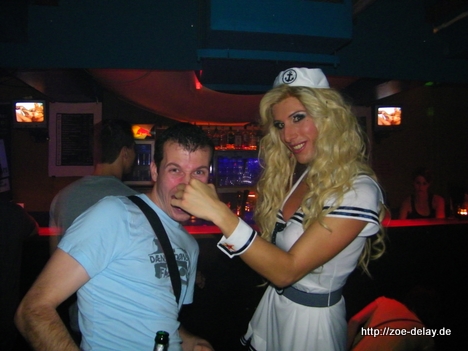 In general, the House was misled this time something weird, somehow the people were there this time boisterous than usual, such as floating any drugs – So more than usual – in air… about excoriated unit is generally yes firstonce a good target for a pary. This SuperZandy with one of the best DJ personalities of the city…, which transformed the actual House floor in a magnificent pop-Floor. I usually do not stay too long on the House Floor, but this time reached Zandy me with the music perfectly and I even danced, which seldom, but may have something to do with the drugs listed above. 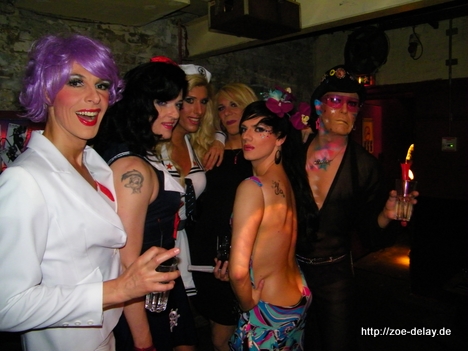 And it met all. Stella as deep as it was possible with a cut back, Mataina, Zandy, we, Transform an entire casserole. How Janka recognized quite correctly. Just pour cheese over it yet and we have a Trans casserole…. How true, how true. And would have melted, because it was hot again in Irrenhouse, where I had to find, that there ausliegenden flyers in their variety and not the, what they once were. Somehow less stiff.

And as it is in hot temperatures as, So you need something to drink from the bar to recognize there, that something was different… So then it was also the first set, I heard “Hello – Ashna is the way to the other bar”… “ääääh anyway because I get something to drink?” I was… and even just the right order without. Good, if one is a regular guest. But I was later persuaded, instead of my Becks Lemon once but to try a wheat Schöfferhofer, However, half of which then remained in the asylum House. Next time then again Becks Lemon. You should stay with the, what you like and what has been proven. 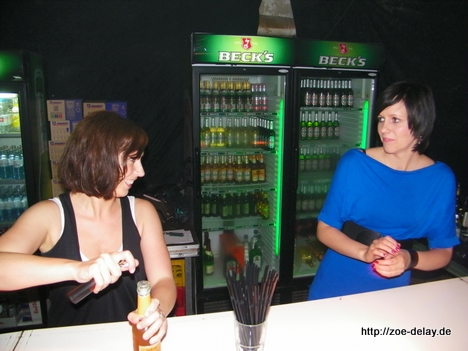 Find the error in this picture.

So probably thought Nina Queer, many people looked at Deko Behrendt buy bananas. That meant two oranges in her hair and the hip bananas – not for the first time, was known as. Does not matter, because the number is so good, and was not long moved from their. Consequently, you should not complain. But some of it was really exciting to Stella Show. The song ever anyway with his speed- and volume change was great by light changes even more impressive, Black, Strobe, Torch. Made pretty great.

However, as the current favorite song seemingly all drag queens “Fuck U!” von Lily Allen. I like always, when several drags on stage, and even if signs with messages as well as many balloons have occurred in the auditorium have frequently, missed this but the purpose is not. Even not, when the audience goes along well, and did it again this time. 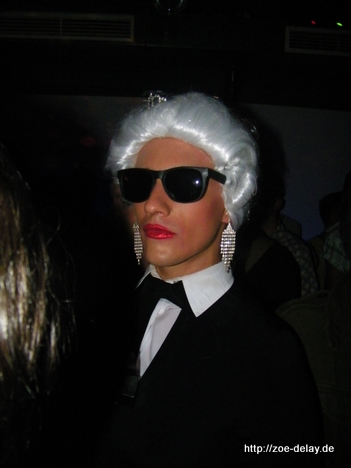 Speaking of this time was in a mental house VIPs present, Not about Lady Gaga or Bono from U2 played each concert in Berlin this evening, sondern Karla Gerfeld, The famous fashion designer, Armed found fault not the subjects of the resistance of flyers, but to various fashion sins of the evening had an opinion – and, of course, not always a good, as for example to Mary and Marianne Hellweg, which obviously got lost in an asylum House. With one of the two I had then a funny conversation. 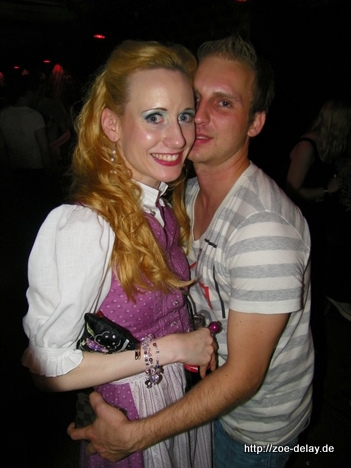 I: How is it, that you are in dirndl, Oktoberfest is but a while back?
They: Now I come from there.
I: Ah, so you live in or around Munich?
They: No, I live in Berlin.
I: Er. and what is the reason, why do you come from in the dirndl?
They: That's it (pointing to her friend) 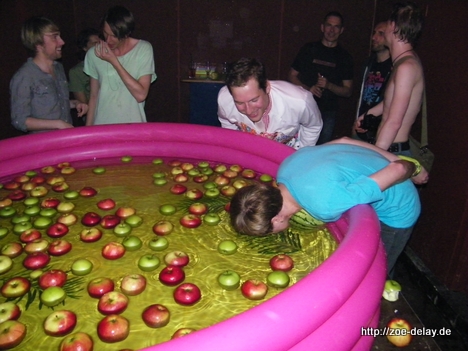 …That was the reason, me where this conversation was too strenuous and then but I did not want to know more, and again thought, but that probably had drugs in the air… This helped me but not yet to learn, that the girl had difficulties, to stick long eyelashes and that it was not so easy with the eyeliner… AAhja, I think I have to times….

Next month you continue.