Okay, okay, I admit to, dass man, if you have a 30 Tonner has among themselves and perched several meters above the road, the King who Landstrasse – in Gaypride Hamburg Fall – The King is the center of Hamburg. That even at this pace would very very little to prove, I can understand somehow, but you can really exaggerate slightly.

Unfortunately, mine is occurred only in retrospect, but this information I would like on Saturday tweeted afterwards:

But I did not. Damage.

Well, the above truck driver seems to have somehow not quite understand the CSD and its ärgstes need was probably, to come home as quickly as possible…

Normally trucks travel on the CSDs always, that between them still remains room for ongoing participants of the CSD Parade. The more people running in between and the shriller they are, appears more often incidentally also the truck on the numerous pictures. 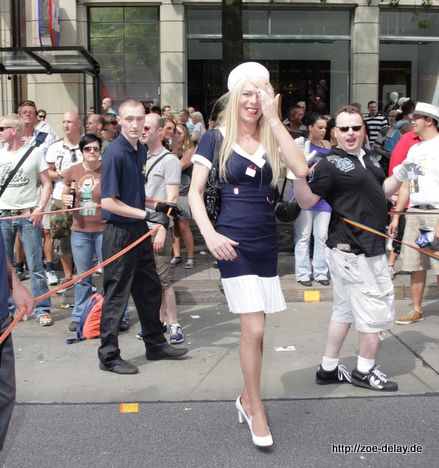 Usually you will be asked at some point to go through the truck Security, if too large a gap caused by excessive Arias Photography. Defining “too high” in this matter is quite fluently and is interpreted differently hard.

But love CSD truck driver:
If no 15 Square meter is between the last truck and the person in front of you, and this gap is to catch up within a few seconds, then it is not necessary to jostle, especially, when a few minutes later, the whole train is again anyway. Honestly annoying then the only.

But even this example assumed 15 Meters above mentioned truck driver was much much much too much, and let – despite people in the middle – ungelogene between his and the previous accompanying Security two meters Place.

The other people fled quickly, I thought it demonstratively still a couple of minutes, reflecting, whether I should probably just put on the road, to the truck from at least Gnosa Cafe 10 Meters would be far… Presumably, the truck driver would have me but then just run over. That was me the Demonstraionscharakter then but not worth. 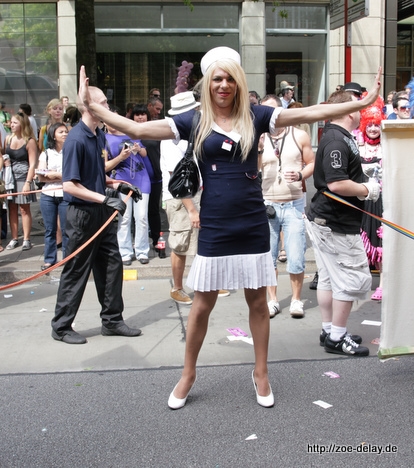 Two feet of space for runners on the CSD Hamburg

Instead, I was annoyed even a few minutes about the truck driver, was allowed to continue to take a photo, clarified that the two-meter twisted and cursing me also in another gap.