Not sing Whitney Houston CAN, Melli Magic do not NEED, Kermit snogging again alien and the bells are rung of Rome with frying pans and photographers, to tell each other, that their images are not okay…. In other words,: an ordinary evening in the Nina Queers Irrenhouse. 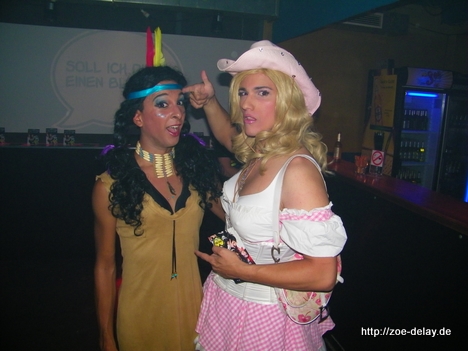 After two small appetizers to warm up the Mad House followed, cultural highlight on every third Saturday of the month and has always been a must… Someone needs to document what is happening there, yes, and even though we were there not too long, nevertheless passed some. Already on the way we met two girls, with the words, “oh yes there are still two” wanted to express her raptures.. Do not know, who was there before and come… Tatyana not definitely, because the led undressed 10 Straight-ins Zivis Irrenhouse, but did not know the, that they followed someone, there has already been frequently on stage… So they stayed in their corner and watched anxiously the evil gay goings on and off the stage to.

And that it had once again and stood a little in the character of the MTV VMA's the other day and you can hardly believe it, But the star of this evening there was this. Kermit! He making out there still around with Lady Gaga, he had this time seinene fun with Gloria Viagra, with the straitjacket, Bootsy Collins star glasses and fake blood a medley of her brought. I think so, Kermit will have noticed that, that it was not Lady Gaga, never mind it was him anyway.

Not matter was then Stella DeStroy, that the wrong song was played.. Just not fit to performance. Did not matter, because the right tone has been taken and should be Just a little Pill by Pink. Eggs, the pills… loyal little companion of many people in the nightlife. Fortunately, not mine, otherwise I would not be able to fill out the online form truthfully for USA Travel. But back to Stella. With fashionable short hair real hair in their cartwheels debacle could not happen…. at least none with a falling wig… A failed cartwheel but she was not immune.

But where we were just in pills. After Melli Magic came and brought the drug par excellence wreck. We have only just noticed all, the Whitney Houston's voice is still not back there, where one would actually expect, nevertheless it does have weggebetet their drug addiction, according to his own words in Ophrah… Well if we want to believe the…? Regardless of the band her voice is still terrific and Melli Magic as the greatest Whitney Houston Impersonator is always beyond reproach… Glamor factor high.

Trash factor was high after a bit with the bells of Rome. Glory, Nina and Stella rang the bells of Rome rather Greek outfit with frying pan and trowel. Had I known, I think my camera would have been completely focused on Stella. At least I advise every, to address one or the other eye on them. Some hilarious… 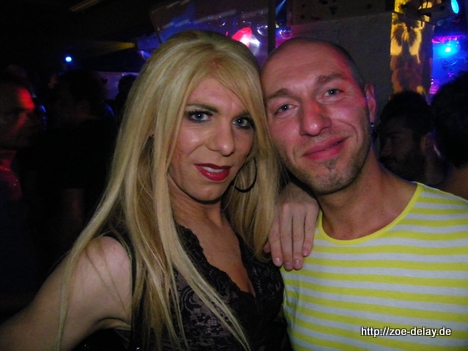 Hilarious Photographers are also sometimes… not just, when they stand before me and keep their camera into the picture, because they want to again have the best picture. But then, when they photograph each other and criticize, because the picture is not quite as, as they are accustomed to from. Too dark, to light, Overexposed, Underexposed and ever… To make a picture of a photographer tasty, on which he is on it, seems to be difficult, als eine Transe mit einem Schnappschuss zufriedenzustellen 🙂 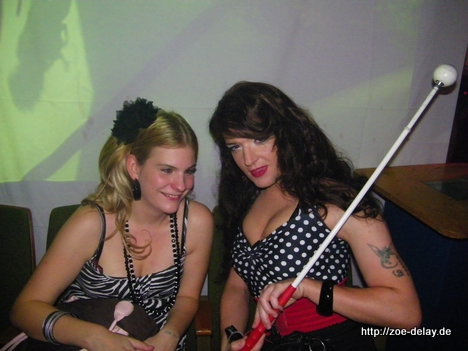 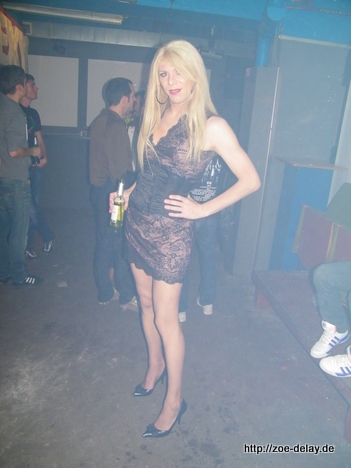