21.10.2009 – Cuba – Havana
A Che Gevara House, A monument, much hunger in spite of many foods and delicious food in Los Nardos 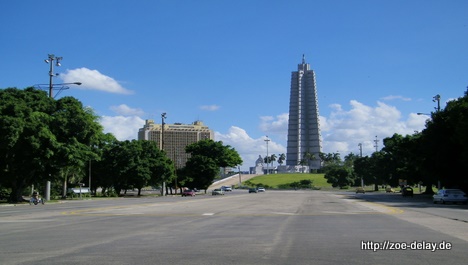 Looking for the Revolution Square

Completely without a plan I drive by Havana, I usually do not know, where I am, because as I said Havana has almost no signs… Only a few distinctive buildings and one of which I discovered during my ride today. Revolution Square with a giant statue of Jose Marti, a Cuban national hero, after the airport is named… 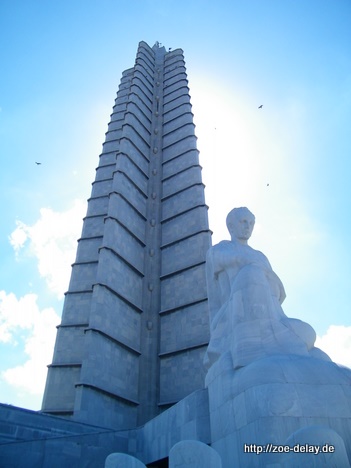 The statue is probably the 100 Meters high and houses a museum, I looked at that times… actually be allowed to drive only once to the top… I unfortunately could not, so I was signaled by a head shake, I do not hochdürfe there. Later I read in the Lonely Planet, that this newly 3 Peso would have cost additional.. I would have applied, if I had known.. No matter. Jose Marti is a national hero, already need to know the little Cuban, therefore was in the museum, a school class in red school uniform (red means young) Revolutions-Lehrstoff. 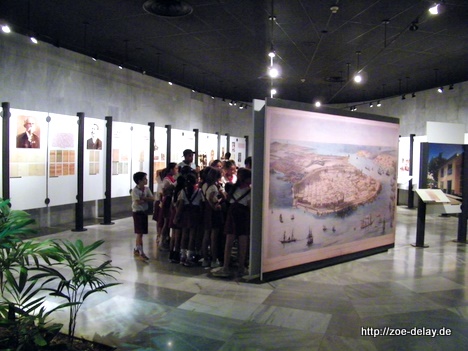 Learn the latest revolution in Cuba

The museum itself was not as impressive, only the image of the inauguration of the Revolution Square and the Statue. 1,5 Million visitors photographed on the square from above. Crowds in front of the statue and the legendary Che Guevara house with the big picture on the wall… 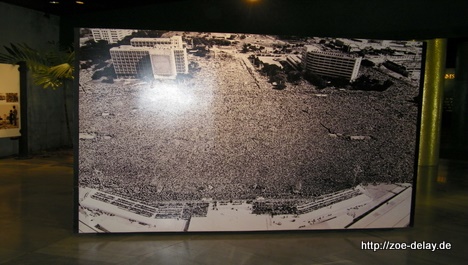 1,5 Million Cubans on the Plaza of the Revolution

By the way, Che… the second national hero really is everywhere in Cuba…And I thought the west was the already cult.. Nothing against Cuba, Che Gevara here, Che Guevara dort, He greets posters, is available on t-shirts, Images, Books, Propaganda Material, There are museums and houses where he used to be places of pilgrimage all over the face and even in this well-known Che Guevara House. He seems to be a – no to be THE icon of Cuba. 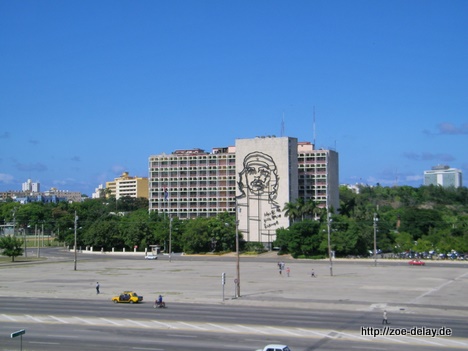 But back to the Revolution Square. A great place with a 5 Lane road on each side of the street. There were – honestly – More tracks than cars on the track. This is called well-dimensioned. A Socialist parade parade ground just. 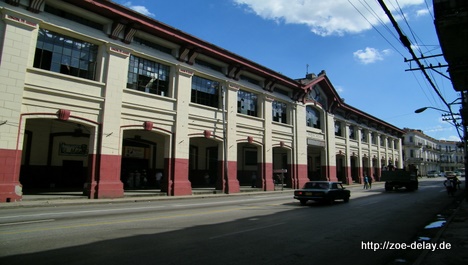 On one of the 10 Tracks I drive through the city and find – pretty hungry – einen market. All rusted, Missing window and it's really just a big hall with a farmers market. Many stalls, all sell the same, Fruits, Vegetables, Yucca, Spices and bananas.. 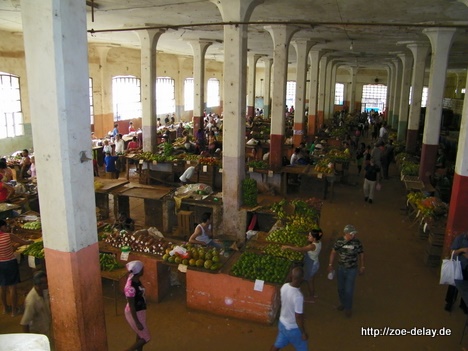 at each level the same but exciting smell

Okay, considered to be fruit, the special case. Bananas are always original packaging,always delicious and always edible. And I had a lot of hungry. In this respect I would have loved to buy, but here you pay with pesos and not with those Peso Cobnvertibles… and only the I. Eat everything fully, I hungry with money, but the wrong… Hungry I pull from, Wild. But exciting and the smell very spicy 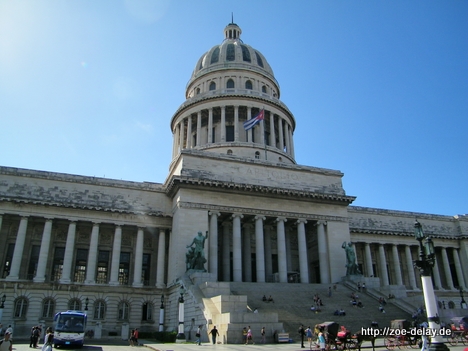 Also, the Capitol has seen better days. Impressive yet.

Next I move to the Old Havana, the Capitol ansehen – also where, if not hietr find the list Tourist something to eat… I am called to a restaurant with a very unassuming entrance. Above the second floor of a room lit only by candlelight with an extensive map, I could, however, read only, as my eyes adjusted to the darkness of the brightness. 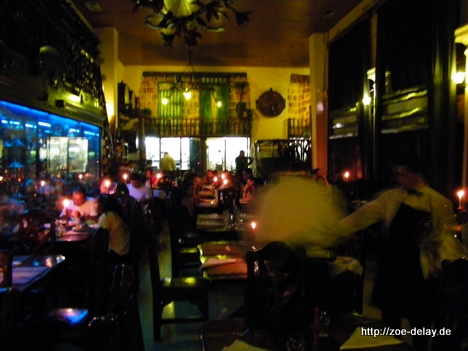 What there was not anything. I ordered

A fruit plate as an appetizer, einen Mojito, a water, eine TuKola, the Cuban equivalent of Coca Cola and a really good rich food (due to lack of Spanish skills rather randomly selected) all together for under 10 CUC. 8 Maybe €. Spottbilig and very tasty. The first time, I've really had a good meal in Havana. Unfortunately, I have my pictures and hence the name stored somehow wrong and I can not find again… Goofy. 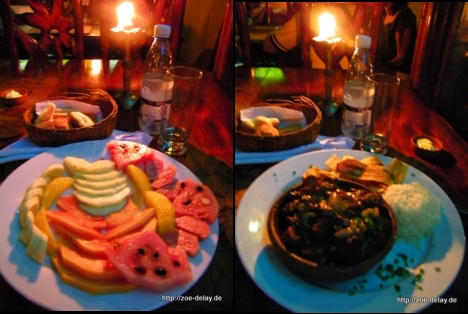 good food in Cuba is possible

Once I have found it, I write down the name, because the restaurant is really a Tip. Right across from the Capitol, a small staircase to the top and in the middle right…. But even this is not gold.. So there is not necessarily all on the map… I finally wanted to know, now what exactly are lobsters.. Which there was not, for example,. But I should get later in my Cuba vacation more 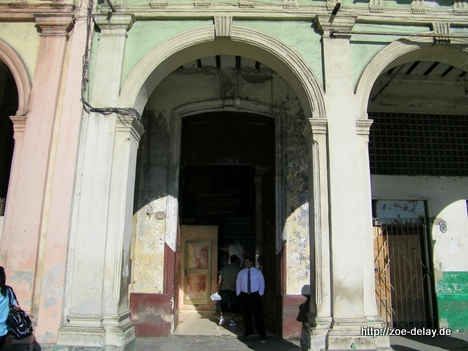 That behind it is a top restaurant in Havana.. Who glaubts. 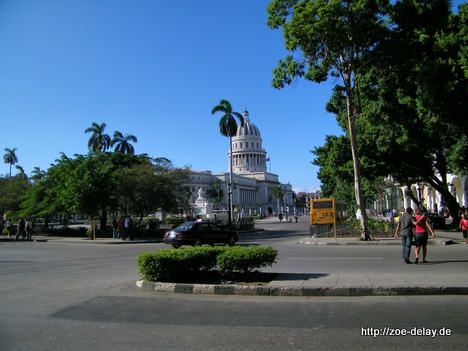 View of the Capitol of Havana

Well fed so I can on the Tropicana Revue please.