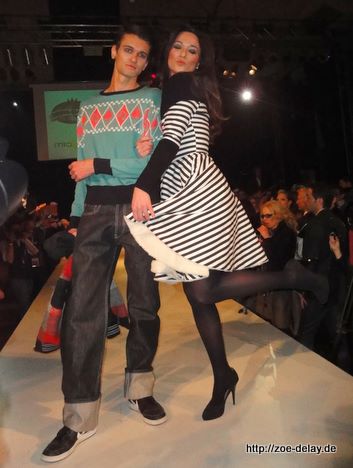 Gone she is again, Berlin Fashion Week. And with it the Fashion Rock Night 2010, dem rockigsten Event, that the annual Winter Fashion Week that brings with it. And of course we were once more to look at on-site, was Tom Rebl, Struppets, Amplified, Craft Elf, mio animo und Dress O Rama

Although the way there due to my throwing Ungeplantheit and offset variable uncertainties on some issues, but when we arrived in the Hall Uniersal all good…. Although last year was selected with the screwdriver Hall of West Coast Customs is a great location, However, the addition also totally cool – was cold to hot. Bitterkalt 🙂 Dieses Mal waren die Temperaturen angenehm und das Programm sehr ansehnlich. 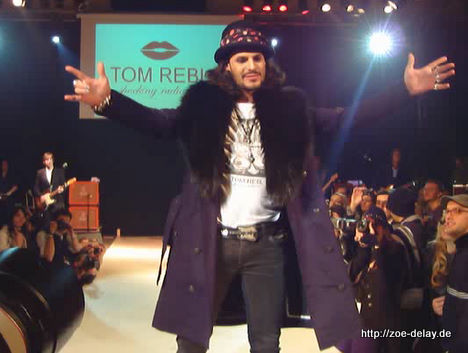 I have already written about Amplified yesterday, But there was still more Labels, who showed their collections here. Tom Rebl example. His character of Italian designers, issuing everywhere and in this case also appear on the <Berlin Fashion Week. Supports the whole thing on the catwalk of German celebrities such as an ox or servant Max Mutzke, who presented the collection in funny wigs. Nundenn, I do not have everything mögen.Aber Tom Rebl makes nice songs and some, there were obvious to the, to be photographed. Overall, I have to make the following statement to Tom Rebl: Ich habe schon weniger Aufsehen um Männer mit schlecten Perücken gesehen 🙂

Quite different is the three designers Struppets, Mio Animo Dress O Rama, and the three of them and without celebrity models showed a small part of the collections and I was particularly excited to Struppets. …About two years ago, sometime in the winter I was at a party at which a girl was wearing a really great dress and I complimented her to – I'm extremely rare. It turned out, es war von ihr selber entworfen und sie hiess Nicole Hellrung und hätte ihr kleines Modelabel … Struppets. Since I'm a fan of Struppets and wanted me actually ever want to meet with her to get a beautiful dress designed times in Struppets style.. Maybe this will work out at some point. In any case, I really liked, what they conjured up on the catwalk. 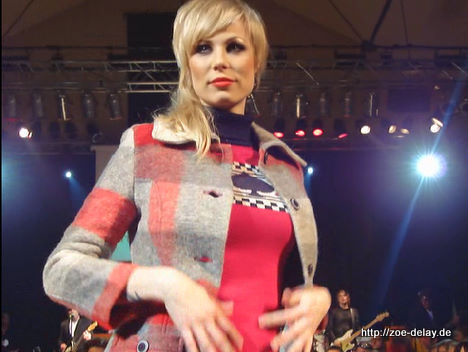 Like the other three designers, All three pieces were, which I would like to hang in my closet. And that means that I liked it. Now I'm quite sure no fashion critic, but if I like something, then it is good in my eyes, if I do not like something, it is not good in my eyes. If I had unlimited funds and a large walk-in closet I would also let these designers bestattenkleiden a visit. Struppets, Glam-O-Rama and maybe even Tom Rebl… But only, wenn ich dessen Harnisch nicht anziehen muss 🙂 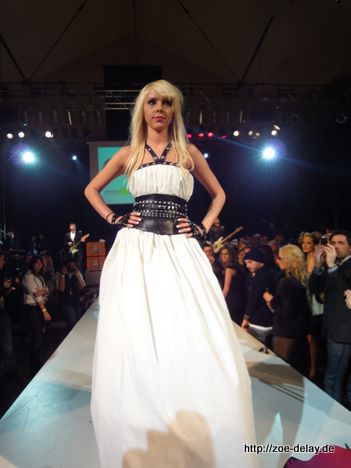 Speaking let clothe. To mock the shows played on, According to some, the best dressed band in the world, which is, after all dressed by Karl Lagerfeld. I thought, especially that this is probably the reason, were harvested from the mock some fame. I was wrong. Mock were not better dressed than my opinion of best dressed band “The Hives” but they played really good music, I liked really well. 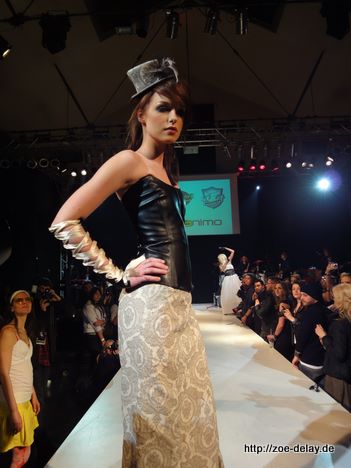 All in all a show, the set in the shadow of last year. I also told Alex the Organizer. However, although I still had to add, I found that not only better than last year but really good. Next year. 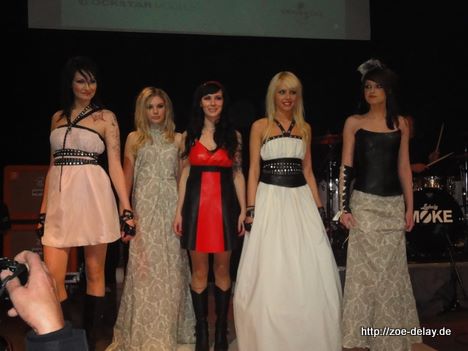