As I have already written, for us it was in fact a little sad, to leave the La Fête Fatale – and you have told me, We had while actually missed a bang. Strictly speaking a second appearance of Empress Stah, said to have been even better, than the first. Hard to imagine. 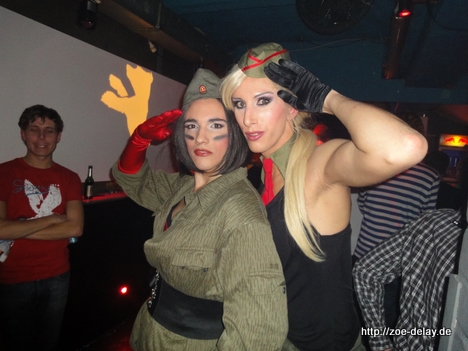 But what does one not anything to document the Berlin nightlife. After all astray House was Saturday and was therefore our duty, Bring trannies on Youtube. In fact, all of our favorites during the show at Nina Queers allmonatlichen Trans astray House Party. 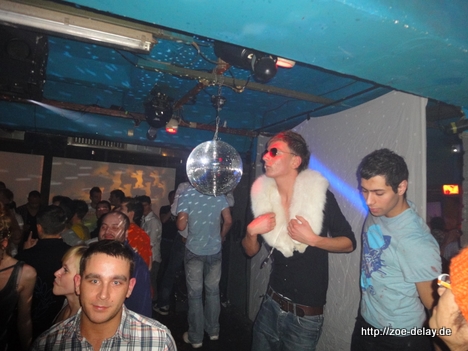 But the path to it was again difficult. Ice, Snow, Smoothness made their way from the street to mislead the House obstacle course, so that Sheila – not seriously – even thought, whether we should not even turn around. But of course we are not dutifully and so we found ourselves time for the appearance of the girls in the best view- and water-Nassgespritzt be a position. 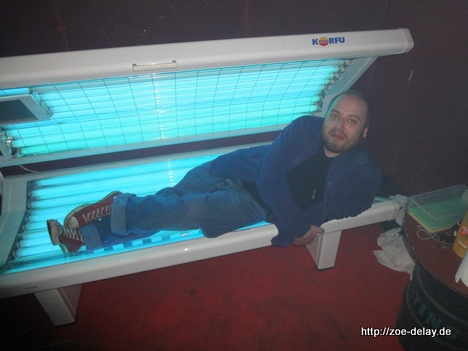 As we saw, for example, Melli Magic, Nina often called the most beautiful tranny Berlin – So at least – dubs. This time with a fairly unusual for her number. Times not very big glamor cinema, or the great soul number. More often, something new. I think, that they now have to constantly re-invent through their weekly dinner show. Certainly not the worst something like.

Nina had a little less nice words to Gloria Viagra. The Empire State Building of the Berlin travesty would bring a number. The only, they could…. Now, Gloria who observed for some time, the white of course, that's not true, who does just this, but also white, that there may well put a grain of truth behind Nina's words. At least there were already at least two of your time numbers, where she was busy on stage with alcohol and white powder… I remember as a Britney Spears number.. Also, I had to find disillusioned, Gloria has no real spilled vodka… and I guess, The powder may also have been more flour….

It folgte Stella Destroy. This time with a very dramatic make up, the United States more of a drag, reminiscent of Berlin as a drag. But that's nothing bad. Party position. it was something completely different. Their performance was dramatically, as was one of her many other appearances, but those were the best times of their. This time it was an ordinary – not a powerful performance.

Follow again Melli Magic and Mataina Ah how sweet in sweet self-made cat clothes with a version of the most famous Grand Prix anthem. While Germany just “Our Star for Oslo” searches, made the two again clearly, who the here / The stars are. First of course Nina, but the other girls come behind.