The volcano Eyjafjallajökull has not only ensured, that we could not fly to London Burlesque Week, but also that I can describe myself today as a Berlin Insider. 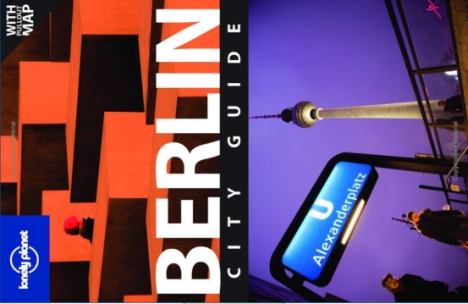 Were stuck everywhere in Europe because people at airports – and because it makes great marketing point, it was exactly 2 Days the Iphone version of several Lonely Planet travel guide for free. Thus, for example, the Lonely Planet Berlin. I let my Itunes account and inviting glow 10 Download Guide. Amsterdam, London, Paris, Moscow, a few others and even Berlin.

When I was in Cuba, I only really understood and Havana, Cuba, I got a Lonely Planet in the hands. It was incredibly, what a huge difference between this guide and the three other, I had here was. Like another world.

Quite so little knowledge about Berlin, I had not, as I had Havana, but in my almost three years, I live in Berlin, I have not noticed much. I really do not leave the center of Berlin, there are neighborhoods, I only know the name and I do not even, where they are.

After two nights I have now read the Lonely Planet Berlin, I have to say, I know a lot more of the city in which I live, of the districts in which I live and from which, where I do not live. Exciting and I wish, I had already had an iphone with a Lonely Planet Cuba in Havana.

Nevertheless, there is still a lot to improve, as the Lonely Planet has compiled a Gay Party Week:

Not bad, but outdated, or? Some of the stores I do not know, others I have never visited. Are there any alldas?