At a fifteenth already a mad house in the Birthday Club? A third Saturday of the month? Well, already when the 1. of the month is a Saturday, Adam comes to the giant and the Egyptian calendar can watch her. Ergo: es gab am Samstag nur ein Place to be. The Madman House. 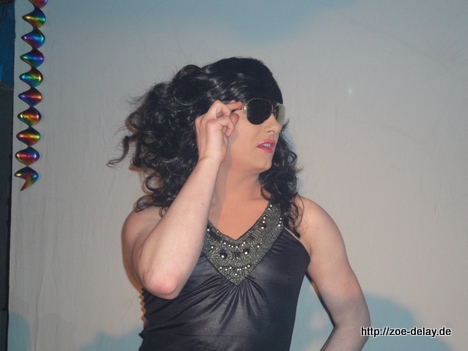 Actually, I knew it, but I forgot it, Nina Queer proclaimed to mislead this House a Sex In The City House astray and accidentally hit my outfit this theme. Vollkommen else Mels. Mel'o drama had also proclaimed a slogan and played as a spring “Linda Honey” me a Spring outfit with tulips and butterflies and. Here, the weather was really really not frühlinglich. 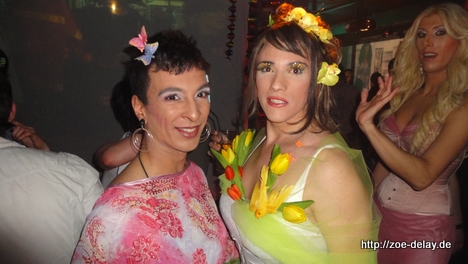 My fake fur was very necessary that evening and had there been precipitation, so this probably would have been white or frozen directly on the street… Mels spring incantation seemed to bring nothing. 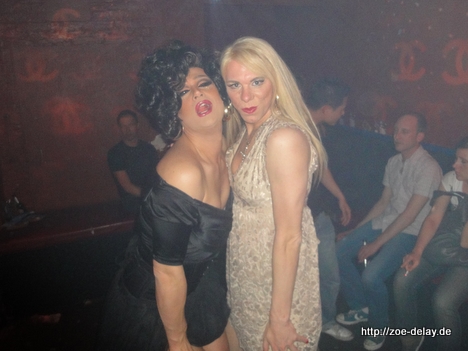 …I'm not sure, But probably the most landlords have already turned the heaters and so many felt Berlin, must work closely together to move. So they ended up with other Berliners also freezing in Irrenhouse, because it was once again jam-packed. In fact, it was so full, I have not even tried some more, to get a drink at the bar. Because I had no desire, wade me there… 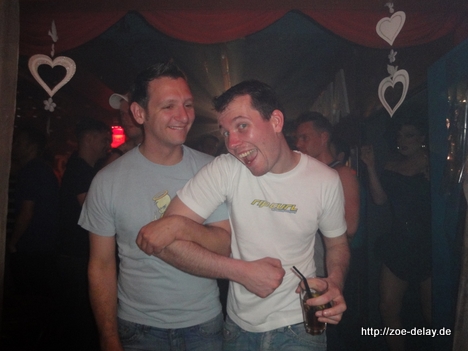 For a place at the front of the show I have enough clout All thing trotzdems. But at least you have something to show yes. It was a small premiere this Sho. I'm not sure, but I think, Since I visit the Mad House, There were no transactions show, which was not initiated by the Muppet Show. …This time already. However, from a song, I did not know. I would Sherlock Zoe Holmes oder Nick Zoe Knatterton, I would conclude, it will have probably traded to the theme song of Sex in The City. …I've actually never seen an episode… 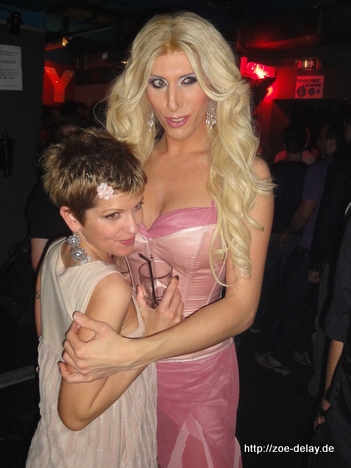 Still, I've noticed, that Single Ladies by Beyonce has something to do with Sex in The City, However, I think in the song always on Barbie Breakout, for the first time, when I heard the song knowingly, was New Year's Eve two years ago in the Tape Club with Janka… One of the very few times, I saw Barbie on Stage. Damage, so rare that it occurs on the boards of the drag world.

Which is totally different with the ladies, the first appearance, just brought this Single Ladies. Mataina Ah Wie Süß, Melli Magic und Stella Destroy. According to rumors, the girls have not rehearsed the performance too often, this, it was quite in order. And, if the song is old, it is still the bringer.

“There Brings” but was also Our Lady J. She starred in Sex and the City, and with Harry Potter – and it performs not only, dsie singing even. To properly and completely alone and independently… I have often written, thatit is better in many drag queens, that they only playback “sing”. Our Lady J ist da other, she can really sing – and it sounds good.

This was particularly evident in their second number. Another premiere this evening, I think at least. That should have been the first time, sang that in a drag astray House Acapella. Only two accompanying singers showed our Lady J, what they can so. Amazing and quite impressive. It also saw the audience as, that applauded very ordentich.

The penultimate number was Stella Destroy, the Blue Eyes, bright Eyes, Bette Davis Eyes and once again brought rumsaute on stage. The girls on stage and always find something new. Water, Beer, Vodka, Flour, Meat, Confetti and what I know everything, what was already. This time what it then just umm ice Eyes. With Servierhäubchen and a maxi pack of vanilla ice cream gabs her Maxi waffles from their.

The show ended with the release of Nina Queer already shown yesterday, that our Euro Vision Song Contest Lena brought on stage dei… Not the greatest, I ever took to the stage of insanity Houses, but decent day's work. We will see, whether it makes better Lena in Oslo and then what is listed in the Irrenhouse. I remember Tatiana Serduchka number with disco ball on his head. 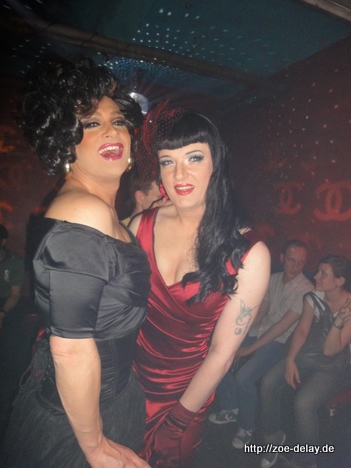 Speaking of head. With melon and leather jacket is one of the servant boys ox strayed into Irrenhouse. I can not tell them apart so. Than what are actually? als B-Promis, The C oder? No matter, In any case, it's nice to see again, that you also, if you can make is fairly well known in the asylum House Party unmolested. 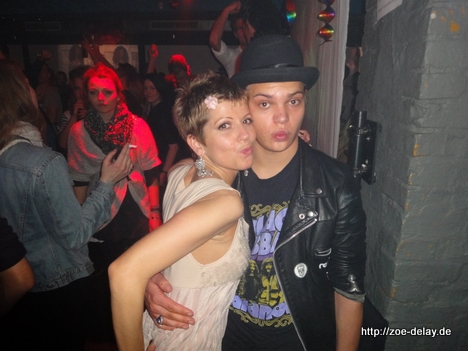