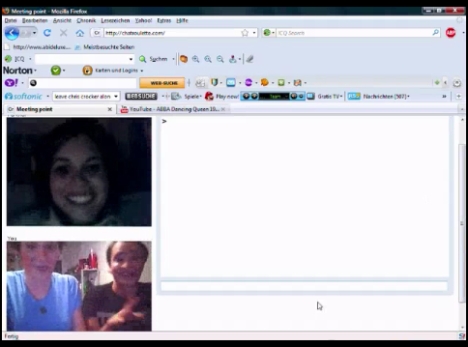 I have no idea, whether the phenomenon of Chatroulette is interesting again, oder ob der Hyper, the matter was temporarily made a little stops. I myself have never tried it, I anyway do not own webcam, but I'd always assumed, that Chatroulette mastubierenden preferably composed of men without a face.

I seem to have been mistaken, Dancing Queens because these two did not get during their journey through the worlds of Chatroulette just this before the camera. I would also have expected, that they would see more elongated middle finger than thumb, but also because I'm wrong. The world seems to be better once more, than I expect.

In any case, these two Russian Dancing Queens generate a whole lot of upward-pointing mouth – me too by the way.. And perhaps also with you?