Da sitze ich nun also am Flughafen mit Laptop und Surfstick und warte, that my flight to Moscow starts, so I can wait for the flight to Hong Kong, which brings me to a new world, where it is determined somewhere Drags.. only where?

Facebook is and remains simple class. What we have actually done, before these blue pages (no, not the mother) were. Even in Miami last year Facebook has allowed me to contact Aurora Natrix, and thus the two probably best parties in Miami. 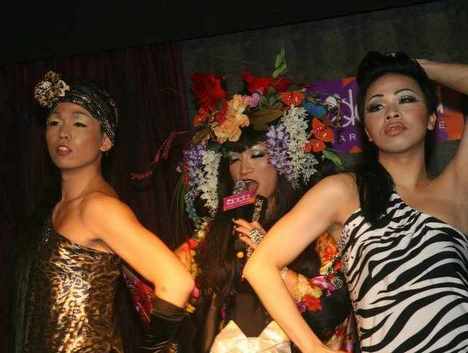 Yesterday night I watched it again after the Internet “Drag Queen Hong Kong” and found…. little BVI nothing. After some time I finally found a name: Coco Pop, a drag queen in Hong Kong and the only, I could find. …Found logged Short on Facebook and Coco. A quick Facebook email later, I have a contact in Hong Kong and some information:

Hi Zoe, you can do anything you like in HK, specially in the Central area! All the gay clubs are there and busy on Fri and Sat night, but the drag scene is not yet so popular, but they do like meet drag queen in clubs.

At the moment, only me and a few girls doing drag, we love it and planning a show in halloween day!

Let me know when you&#8217;re in HK, I know all the clubs here.
Lovefromcoco!

Cool, Not just a name and a ontact, but went on a party, I can visit. Eine Halloween Party mit Dragshow. Was will man mehr. I'm curious, what Hong Kong girls conjure on stage.

Let's see, if I have the courage, assumed as Zoe. Ms. Wolf has since talked to me a pure conscience who. Thus, because of “Communist country and there one is gone faster, than you can say beep and you can not assess the reactions…” Yes it is right, and it has actually given me food for thought…

Let's see, wife still tells me what Pop as. I will attend the Halloween show definitely… So just Zoe or not. After all, I've also attended drag shows in Cuba and was not gedresst… It is therefore >> Click here to continue <<