Nina Hagen on the charity concert of cold relief 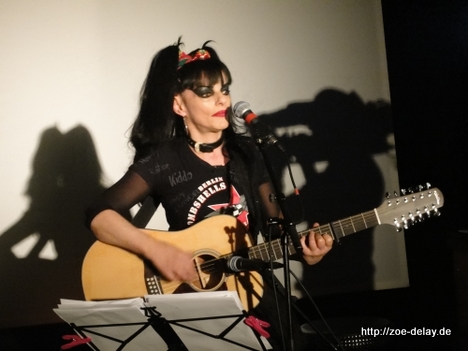 Actually, I had not yet even before, to visit the Asphalt Club, since the last visit to this club at the Hilton took about a quarter of an hour in which we are a little over-zealous manager of the club ban our cameras and thus recordings of the performance of Mama Lita and a good article of the party, the woman in behalf of stainless steel clubs organized. Now who does not need advertising, the needs probably no guest, we said, and disappeared again shortly.

This time it took me but in the asphalt Club, for a benefit concert with Nina Hagen, dem Film Berlin – Symphony of the city Teaserettes and should not be missed. Well the movie I had ever seen, Teaserettes and also from time to time been, but just never Nina Hagen. At least not live and outside the goggle box. So I had to go there, even if the rest of the peer group just hanging around in Fuerteventura, then just alone.

Fortunately, I met Miss Popalina, who was also traveling alone and was also mainly because there Nina Hagen. Couple's such a night, whether club or concert the same but much more interesting, especially, since a considerable number of guests probably typical club Asphat guests were, Wannabe's just, the more likely this evening as troubled enjoyed.

That you could see in the facial expressions of the faces, as Nina Hagen actually took the stage. …In a short skirt, Berlin Bombshell Shirt armed with only a guitar but it was without a band on stage just – so what actually – just simply Nina Hagen. 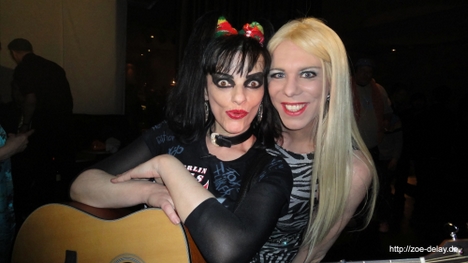 What to Expect from a Berlin icon, Punk-ikone, esoteric loopy, expect politically engaged singer? Nothing, because it probably would anyway not fit the, then what happens on stage.

There was then a mix of well-known cover songs, totally unknown songs, Confused, Medleys, a lot of gospel songs christicher political messages, confused and wrong stories and some of her own songs. This mix was then to discover the public.

Between animated smiling, shaking his head vigorously until everything was there. Failure Popalina me and it was probably both, we were both very excited and consider, that something like this can only allow on stage actually Nina Hagen. You can, however,, because it is. Therefore, they must also do advertising and remains credible… What was that again? “If I had always facing other, I would not I. How does it look.

The next time I want to see it but then with tape, also because it has to be miraculous and wonderful.