Sieh an, sieh an, For several days, starting MY year. Okay, that millions of people can now say, because in China beginning in February began the year of the hare and as luck would have it, According to Chinese Astrology Rabbit I'm teaching. Although I am not a special metallic eienr of wood, but in any case, I'm such a Möhrchenfresser and thus this is my year

I just read an Article on Spiegel Online about the beginning of the year of the hare in Hong Kong and stood, that adults would be ridiculous to put bunny ears in Hong Kong, because it would bring just happiness. Fortunately would feel something like this, of course, never in the sense. As people come out something like this to make – Perhaps even in public. U N D E N C B A A ! 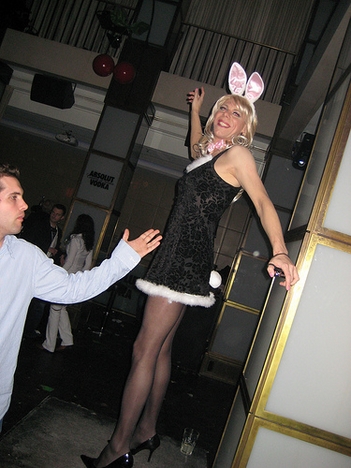 So who does not know me, Let the following be hereby stated as bunny

People, Those born in the Year of the Rabbit, are talented and ambitious. They are popular everywhere and good shareholder, therefore often the focus. Although they are popular, they are more pessimistic, insecure and shy away from changes. They rarely lose patience and are very good-natured. However, in the business world they are clever, and often come from the belly the right decisions. Nevertheless, they are not gamblers. Rabbits are known for their sense of art and have therefore mostly a beautiful home. They are best suited to people, in the Year of the Goat, the pig or the dog are born.

Garnichtmal so wrong, to the art and the beautiful home… Also: Goats, Pigs and dogs, meldet Euch 🙂