Quite accidentally I came on Friday at two tickets to the Roller Derby season opener in Berlin. Since I've always wanted to go, but somehow it never happened. 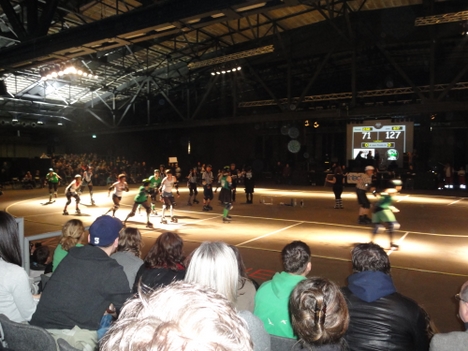 Roller Derby, Never heard of? Now, this is a – probably as good as they say – Craze – is the one and only deprive the female creature. Women on roller skates, which wegchecken each other in various rounds and thereby try to overtake each other's team. Women, die nichtauf 100% solid ground standing wrestle each other to the ground. Seemed somehow to be a mud wrestling equivalent… Interesting.

As an accompaniment, I found Tanna “Batman”. Cool. We were surprised alledings, when we came into the hall of the arena and this up to some girls 4 Roles vor allem leather war. We could therefore stock up on drinks and had the free choice. Our fear, that it could remain empty evaporated, as we became aware of, that we have obviously cheated us from the purely public intake. Grune Tannas Haare, Piercings, torn pantyhose and tattoos have to have the intake so insecure, that they simply were letting us. Or they suspected, that the Tanna is the hardcore Rollergirl and we were to. But was not as. 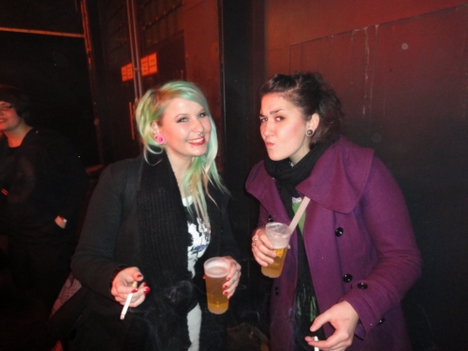 The girls should namely later roll and we just watch. Hardy in a match of two Berlin-Home team “The Fantastic Fourteen” and “The Good, the Bad and the Gorgeous”…. Who to cheer because. We decided on the latter clearly, and the “hot” published, even though I own the name “Bambule” at the fantastic matic 14 Extra sympathy points would have awarded. 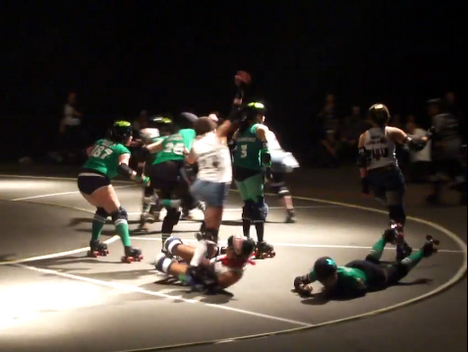 Whatever the name: Bambule, Zandy Zunder, Heavy Rotation, Resident Shevil, CitySin Pain, Lizzy Slaughter, Tequila Knockout, that leaves some hope and the need for a roller derby match no less than 7!!! Referees and 11 Official needs. Yeah

It was then but unfortunately a little duller than hoped, because “our” Team has unfortunately can virtually slaughter. Almost always, the Greens were 14 their shirts and logo I always somehow reminded faster at Starbucks, they got better through the pack, Blockley them better and they were somehow less penalties…. Abgezockter probably called something like. How then were the intermediate Scores 27-72 or 28-82… It was then about 75-150 from… 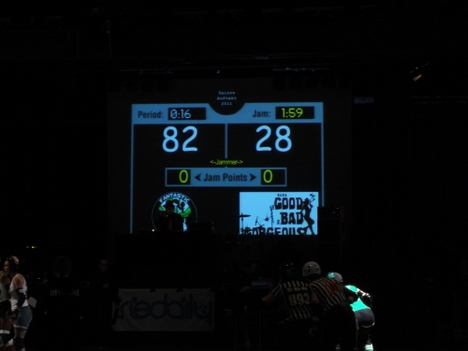 What can you say, I was still for “The Good, The Bad and the Gorgeous”… Yawohll.

The girls gathered by the way for a trip to the Roller Derby World Championships and I must confess, I fear that, that the girls will go down as quite… It was funny nonetheless, We had a lot of fun and you can only recommend, to go there once. It may be hot just to Foreign Teas. 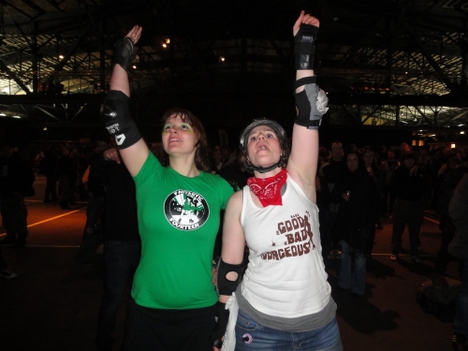