Man kennt es ja, times when you do not happen as Zoe but as the type, who is also in her apartment living on the road somewhere. It is not recognized and respected. Sometimes simply not taken for full.

So I was shopping the other day as a guy in a shop in Hamburg and that an outfit, I had previously seen some time on Facebook. Not for the first time by the way, but it is not recognized. Well, that is the way. 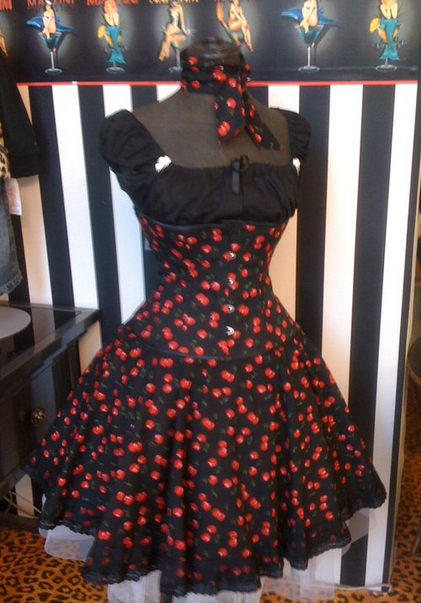 As but then this man (also) was preparing, within this store skirt, Korsett und Oberteil anzuprobieren und dieses auch noch unter den Augen der Inhaberin, decreased the perceived temperature within this store, however, significantly. The unspoken “okay, one and only, the selling price price justifies, THE tried that now my clothes” was somehow tangible and also the reference “Berlin drag queen” and “I know, Now from the looks goofy, but the end result is one” increased the temperature only slightly.

Presumably the name Zoe delay would have broken the ice can melt or at least, but I'm just a coward and not a bit geschäftstüchtich. Sheila would be something like this does not happen. Nun muss man dazu sagen, that Zoe already in this store a four-digit sum – and without commas – has left, So one or the other month rent for the shop has been taken from me.

Well so I asked then for the sum, after all, just under the 300 Was € for a regular customer discount, but got the notice served, that they generally give no discounts, because everything that they would sew the sweat of the Given”… Well for one, I already got discount – not by the owner but – on the other hand, these loose 1000 € mirnichtsdirnichts me not running up. Grmpf.

Actually, I would have to leave the store at this moment at least, swallowed, but only briefly, and went with 270 € less and an outfit more (to the corset, that should be sent, since not available in my size)… Also, I noticed, I've already left the store with a better mood than on this day.

Only at home I realized, I had forgotten the scarf matching, take, wrote a mail on Facebook:

Zoe Delay
Hello, I would like purchased for Saturday combi yet also order the scarf – I do not suppose, that you have already sent the corset?

Good, so that I had finally told, Who was this guy, tried on the clothes and bought and behold, as the corset and the fabric arrived, was not as expected, a further invoice for 15 € here but just a nice greeting on a map.

Da bin ich dann wohl nachträglich doch noch zu einem Stammkundenrabatt von immerhin etwas über 5% come. This makes me happier then, however, remains, I have not really felt that day as the customer wanted – not beautiful. This entire thought I would have probably can save, if I had just put a business card on the table. But now I had this once not there and my big mouth I had left somewhere else.

or even better, I just only buy at Sammy from Redcat7…

6 thoughts on “I pay with my good name”