Why do I see that actually only today?

It's been several years since, I just wrote some parts of the book “Tatiana- Fateful Years of Queen” had received, the ever anliessen very well. 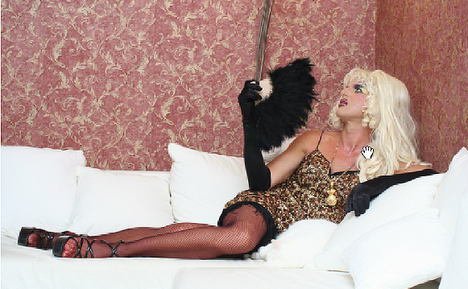 The Kurzexpose states the following:
A prostitute falls under the witness protection program disguised as a man in gay circles and rises to the celebrated drag queen in Berlin. She discovers not only an eerie series of murders,but also happen to be finished with the excesses of the media landscape and appears unattainable love affair...

And Äääähhhh. Sounds firstonce not really exciting, However, it is interesting, if it is a little familiar with the Berlin drag scene exciting. Tatyana not even speaks of fictitious persons. Rather, almost everything is happening just as or at least similar.

I wrote in 2008 ever on the part, I was reading, but meanwhile (So, strictly speaking, since already 2009) there is to read the entire manuscript and it is worth, also schaut mal rein 🙂