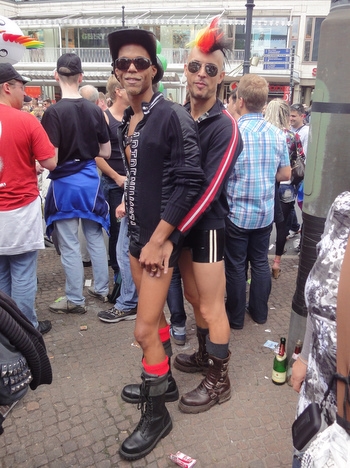 The CSD Berlin 2011 is history and he was good. The other day a friend told me, something is wrong, if it is not fun, that would drive me… hmmmm Such a CSD is working, Preparedness, aching feet, Blisters on the next few days and and and and. Some really no fun… And yet you do it again and again, because it's worth it. 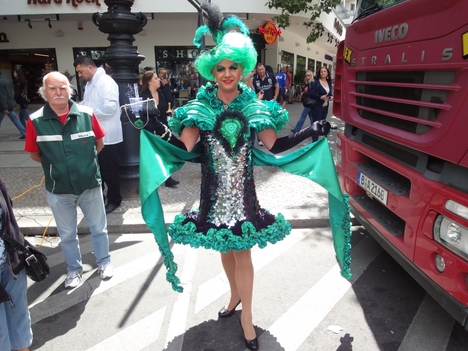 700.000 People were said to be at the track this year and at a shorter distance – and yes, felt was a lot more going on, than in previous years, It was well attended from the beginning to the end of the Kurfürstendamm at the Victory Column. 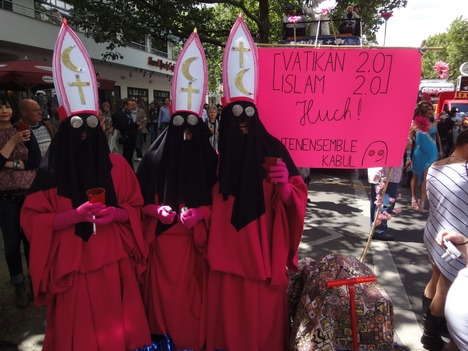 To participate in the CSD Berlin at all with my shopping bags Costume, I had to assemble it there firstonce, because it was not otherwise transportable. Fortunately, I found a parking space at Zoo Station, and next to it stood a group of girls, to me in exchange for a bottle of champagne – I offered – were happy to help. ….then I could also find out, whether it holds and I can also go in… It kept.. zumindest ein wenig 😉 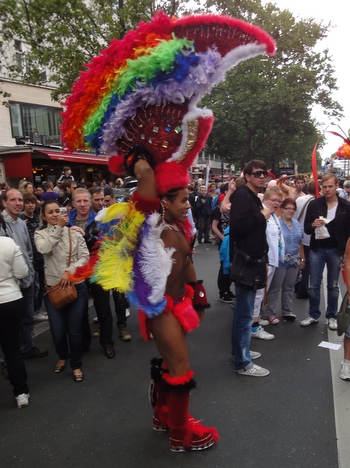 about half an hour after the actual start I arrived and everything was still…. Berlin has been mugged by the CSD with various construction sites, so that the whole train only started about an hour later, than thought. How Tatjana Taft said yet “They do this for so long, it must be capable of times, to organize an Annual Parade. I did not find it so bad, yet so it was still possible, looking around some, to meet and talk to a few people in the annual CSD group travel and still take a few photos. Sheila were also, Janka and Dana are not even there. 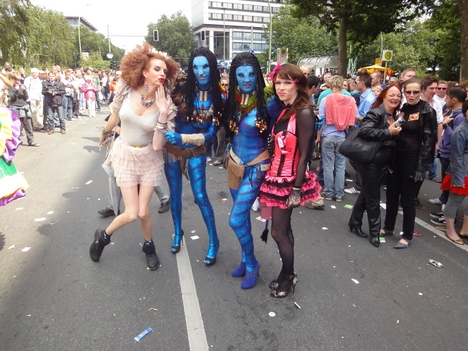 I then ran before going alone, because one can again briefly look into the KDW. At the CSD is going a whole lot. Many people and I… Short still look a beeline for a picture in the Louis Vuitton department and times, what else is there to see… Surprisingly, I had to almost beg for bags in front of the CSD, now came on at once from different directions nice ladies and gentlemen to me and shook my hand more bags ind…. And took pictures with me. Kostüm geglückt 🙂 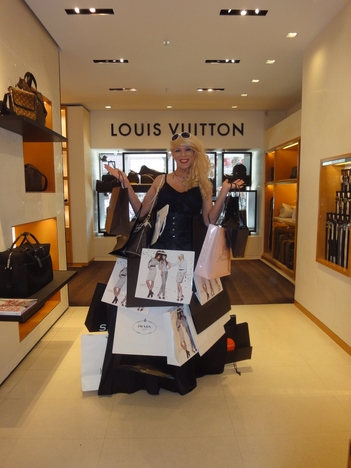 But unfortunately also showed, that the rock, the weight of the bags could not really wear.. at least were not the right buttons, that should keep him Corset, so I actually had more to do from about half of the distance that, hold my skirt, as to radiate into the cameras… I did of course still as good as possible … So much for fun in the beginning. Nevertheless … the result is one .. and that's a lot of beautiful pictures. 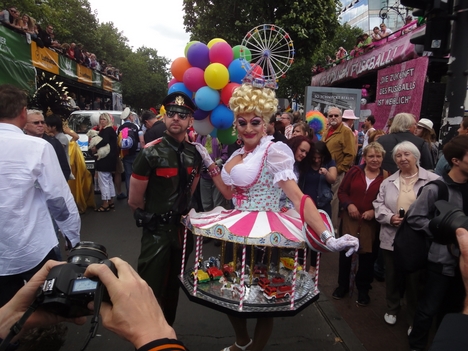 Of course not as many as Sheila and Janka as avatars, because in addition to which one could hardly hold… And so it is. Two years ago, Lara Croft was the bringer, last year and this year my costume just the avatars. …Nina said as already. “is just the most successful film of all time.. and everybody knows that… Man könnte als Titanic gehen 😉 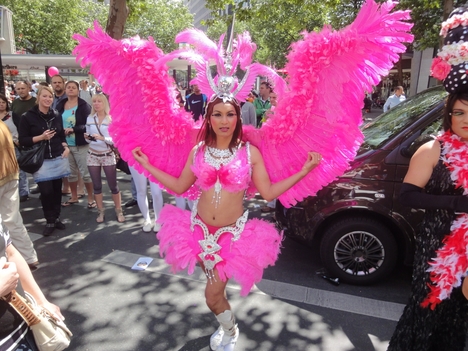 Interesting way, how many times I was asked, if I would make a few bags. The first time I was there even really speechless, as you asked me in all seriousness, if I give away a bag… Uhhh no, of course not, I need all the bags still. Sorry. That one, however, I like this picture I wanted to snatch Gucci bag, war nur ein Fake 😉 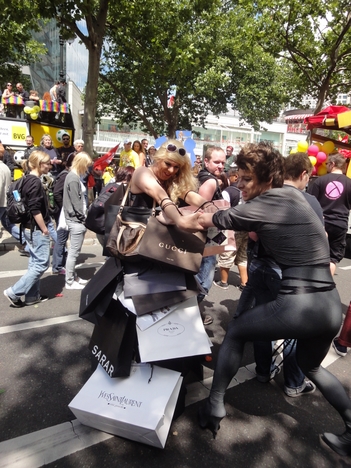 For me, then ended the way, this is not really funny CSD. Why – and why I broke up earlier my costume I'll tell you tomorrow.. 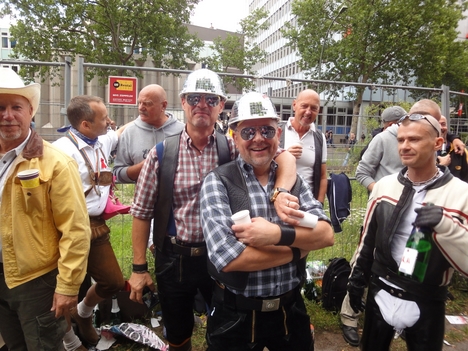