Cologne short break to the CSD 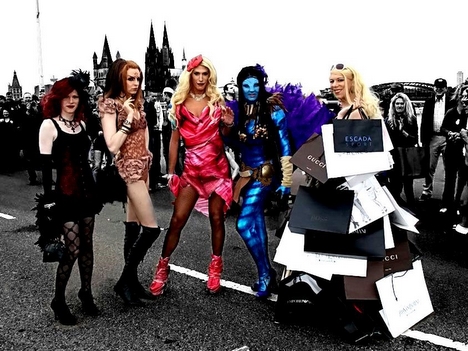 Relatively short term, we have considered this year, but to still want to CSD in Cologne. The problems, however, there was, that we have not posted in contrast to previous months in advance a place on the plane…. 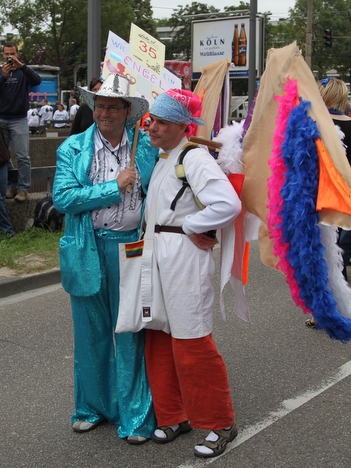 Now the free market but once ensured, that short-term and in urgent wants explanations “I want to Cologne” with special declarations of intent “But I want to be a huge price” be answered. This price should be somewhere in 280 € lie to us then and that was something much… 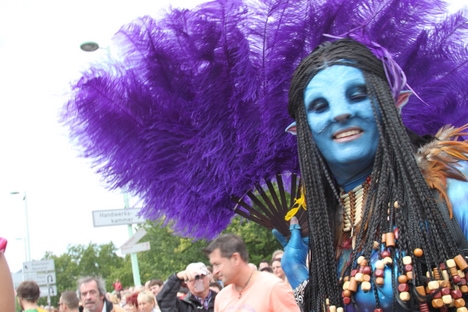 Consequently, the small Berlin Travel Group rose by Dana Regyonal, Sheila Wolf, Janka Kroft and myself, in the car on each 5 Hours and drive back to Cologne… In my case, let go. Saturday at 15:00 it went off right after the end of work Jankas. To get an iphone for navigation and three as pastimes and off we went to Cologne there late at night. 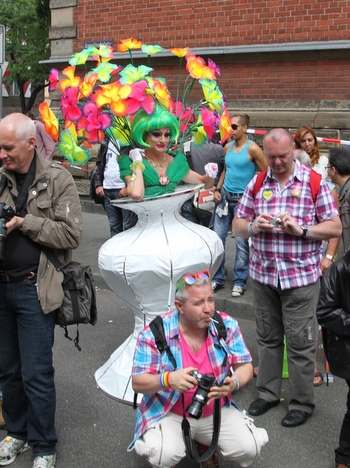 Joking made hats. As the CSD actually is always fun in Cologne. Especially because this usually goes hand in hand with great weather. So it was again this year… Significantly less hot and sunny than in previous years, but since all of Germany good weather and decent temperature was already sinking into the rain really well. What then yes a positive effect on the mood. 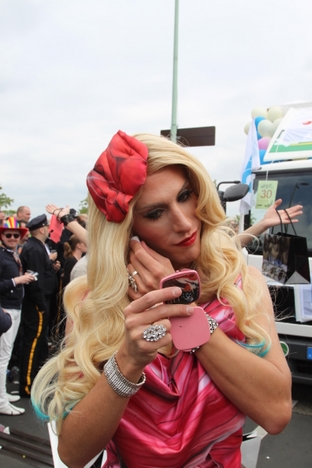 Which was not quite as euphoric as in the previous year, but still very great. The Deutz bridge, the pedestrian areas and the large end of the cathedral only from the usual cobbled am Dom Cologne? Neumarkt? Something interrupted Market… Class and again the sore muscles and aching feet while and then worth. 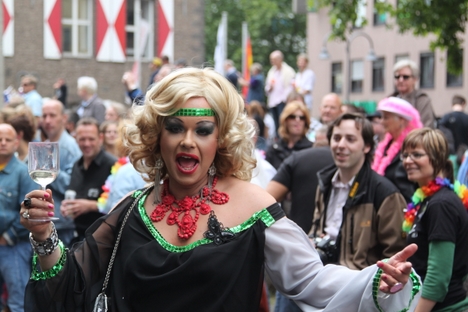 Here you can say this one does not even, Who of us actually got the most attention, Presumably again as Sheila Avatar, or Janka at the Lady Gaga meat dress or maybe I but with my shopping bags? We all probably as a complete squad.. In any case, it's always a feast to the eyes of the girls to look, when they see my costume… Only a strong set of, when they see the motto, then euphoric, if you notice the labels on the bags. Grooooßartig. For such reactions, makes it all. How Janka said right: Eben ein echtes Mädels Kostüm 🙂 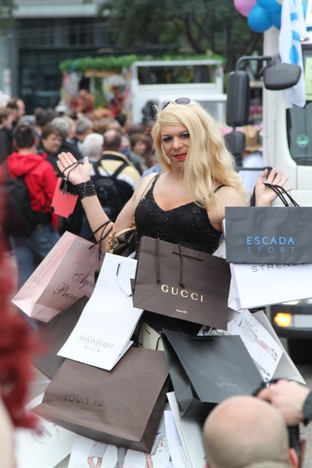 By the way, this year I was really times …I'll call it witty… As an editor of some newspaper asked me what my costume would have dropped closer sense me a spontaneously, that so many would say, the CSD is only commercial, I would take a little bit on the arm… Wow not at all bad for my standards – and for that I had no idea just five days before the Berlin CSD, I would probably wear…. 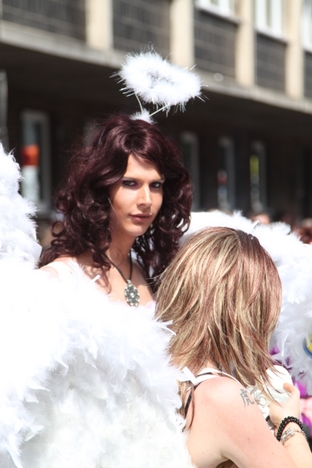 In any case, our visit to Cologne was closed when we were practically in the target, because right then we still had five hours of driving ahead of us…. 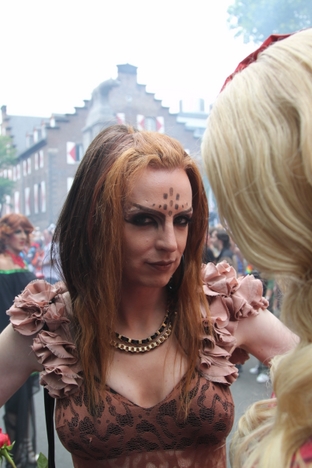 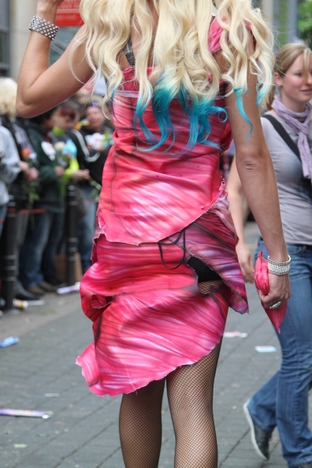