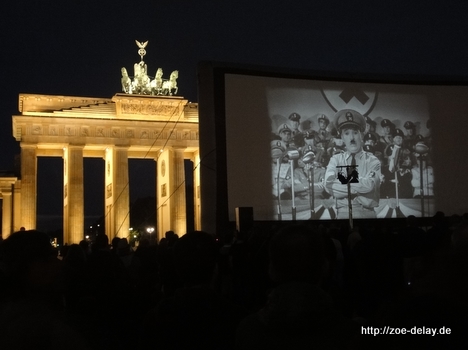 If flags can be seen with comic characters against the historical backdrop of the Brandenburg Gate, when you see a man with a ridiculous mustache in just such a ridiculous uniform and mass seen with highly stretched arm are, then you think you are absolutely in the wrong movie and this is commonly absolutely no laughing matter. 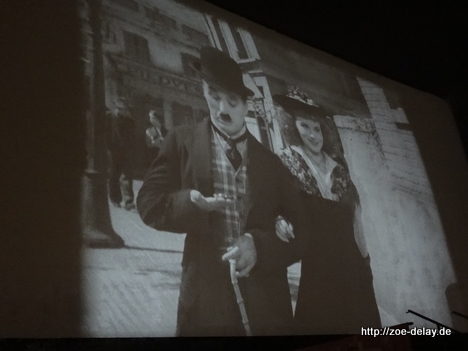 Scenes that you can never really hope to see you again…. But if not then just the wrong, but the film is absolutely correct, it is to laugh.

At present, namely running in Berlin Babylon Kino one Charlie Chaplin Festival, where all the movies of Charlie Chaplin are shown. And in the context of this festival, a film is listed publicly. The Great Dictator – vor ebengenannter großen Kulisse. Ist es nicht großartig, that at the location, to the large marches took place during the Nazi era nowadays a film like “The Great Dictator” can be played and people laugh about it? Vielleich the best place ever for the film 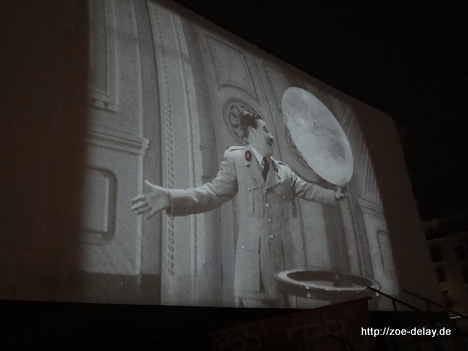 It was just yesterday someone on Google Various images of Auschwitz posted and I just thought, that it is good, that these sites were not nuked just after the war and so remain as a memorial. I myself remember quite strong on the visit with my class at Neuengamme. Something like that can not be forgotten.

But the Great Dictator is something, that humanity will probably always remember this time, However, with a much better gut feeling afterwards, which is not too little connected with the great speech of Charlie Chaplin at the end of the film. Arguably one of the greatest ever, and yesterday one of Parts, der Szenenapplaus erhalten hat 🙂