It's for milking mice. Since I do have with my Regenbogenzönix tried everything imaginable last year, so me the inclined photo agencies AP, AFP, Reuters, etc record times in their fundus images of the three CSDs in Germany. 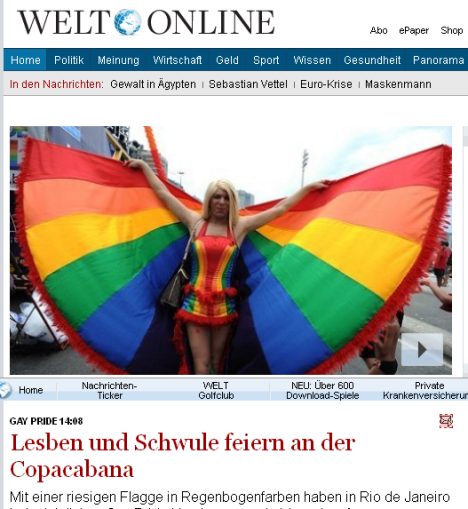 Because as we all know, this is the only chance, that a record once the major journals in the reporting… The time had somehow not quite worked out as expected. Although I came with a year tide in evening paper under the notice of the new parade, but otherwise… None usually at least.

Surprisingly, but that, once you jetting times around the earth and in the Rio Gay Pride in the Jehresurlaubes at once for German music of the world, Reflector, Focus, Star is interesting. 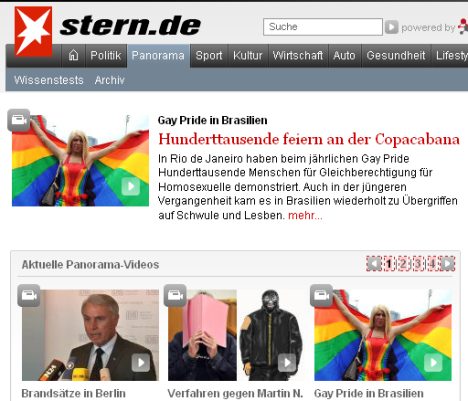 I am inclined, say, that the prophet has no honor in his own country. At least, as long as it is in this very.

Honestly I know but, that this prophet has no honor in simply Tatjana Taft Country.

Because honestly, It is hardly a coincidence, that I appear, and this for the same reason, Tatjana know nach jedem CSD… Es war einfach wenig besseres da 😉