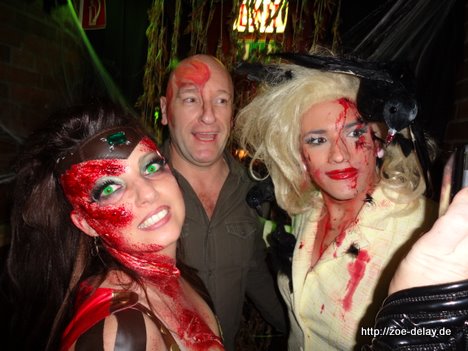 Halloween, and I will probably not have the very thick friends in this life. Although I always admire the other Halloween dressup, about the devil, Go and nurse witch and although I know it, what day Halloween is taking place and that it takes a lot of preparation, I push myself every year yet again successfully before thoughts around this date… Somehow difficult for me, this halloween. 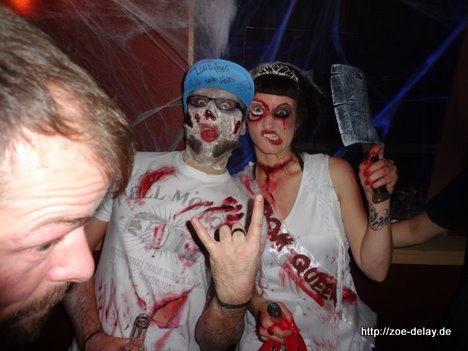 As I break ever unhappy the night before from, I think portable or unrealistic things from, like a ship on the head, me that evening in Modelpose (Chin up and do not move) can spend, so it does not go down-umm-falls. 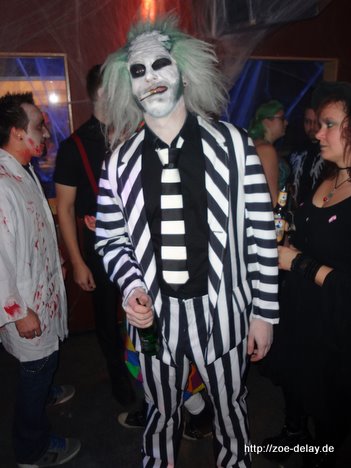 Also this year, I must confess, I've been wrestling with more vacation and come back with because Halloween and once again had nothing planned – I therefore – to leave again at Halloween Party Saturday then in the long queue at Deko Behrendt is to give me any ideas come. .. There I saw a Supergirl outfit… Hmmm I'm still too. For this, a skull on his face and the costume is finished… Improvisation zu Halloween – again. Ganz okay, but not for the costume contest at the later Halloween Masquerade by Bob Young and nothing to really anstinken against my accompaniments to, because once again made the right thing here… 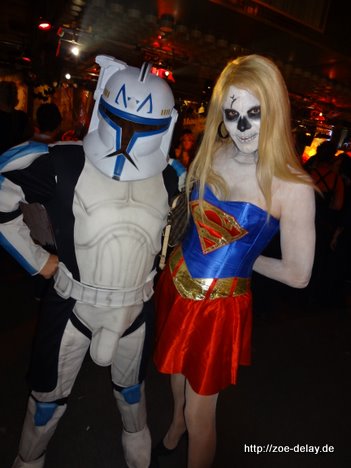 Sheila as a Borg Queen, for example, was pretty impressive and gown, Applications, Approach perfect… But if the Borg really queen wears green high heels.. can someone please times research. Or Mel.O.Drama as Melanie Daniels pretty stung from the thriller Hitschkock the birds and a delight for movie buffs.. Or… or just Janka, No, the pleasure was, but just somehow.. Yes it is true probably disgusting – looked. 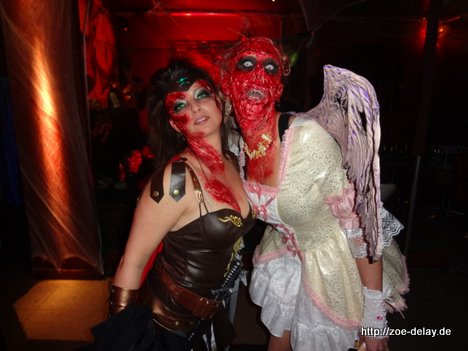 As the tooth fairy traveling she was just horrible disfigured and wherever they went and stood around them an aura of horror and admiration – and quickly back of horror. On a night, statement to which the “Your very simply awful from” a compliment, Janka was the most gruesome form, was probably in the whole of Berlin go. At least, found himself at the Silver Wings and no one at the Halloween Masquerade, of you have the water can range… want or could … 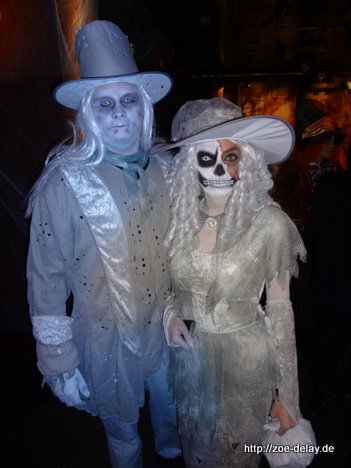 But the party at the Silver Wings was a really good appetizer for a Halloween evening, because in addition to the knowledge, that Supergirl is dead and you really do not want to deal with tooth fairies, exaggerated but there are still some really well-made tote around, where you could actually click your tongue and could only distribute compliments. You have to say, that give visitors and organizers in the Silver Wings quite a bit of effort, to create a decent horror night. 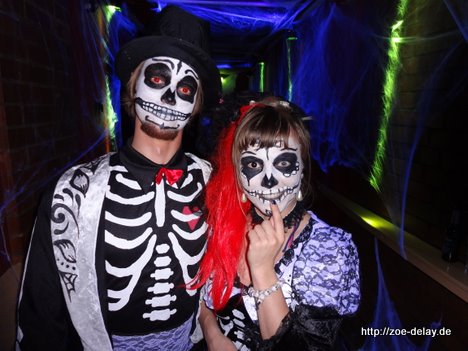 I find the following offer great too:
Who is up to the witching hour 21:21 Clock has failed, to transform, is helped by professional makeup artist inside, not noticed by the monsters as a human.
The line in front of the make-up artist, incidentally, was well filled. Were at the beginning because so many people still realtiv…. 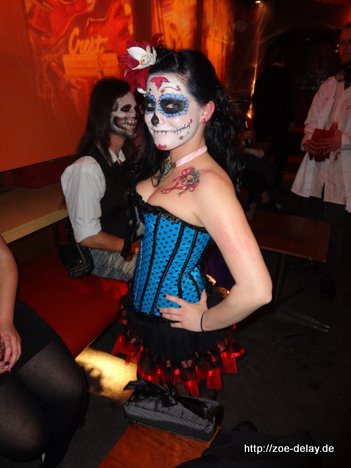 A costume came into my Augfen but somehow out of all the body parts. A Stylish man with a clean bullet hole in the forehead, dass ihn doch eindeutig als tot kennzeichnete 🙂 So leicht kann tot sein 🙂 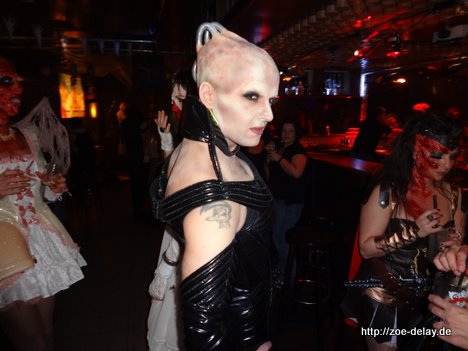 We said goodbye to the horror Laboratory at Silver Wings by another witch to collect and to see times, what would summon the Halloween Masquerade this year as. 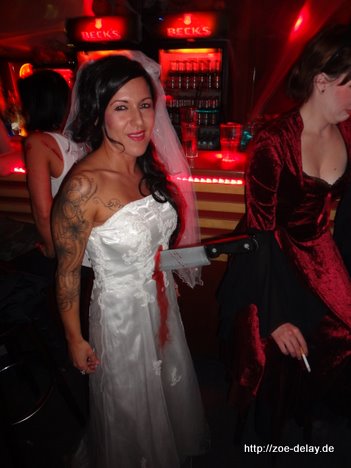 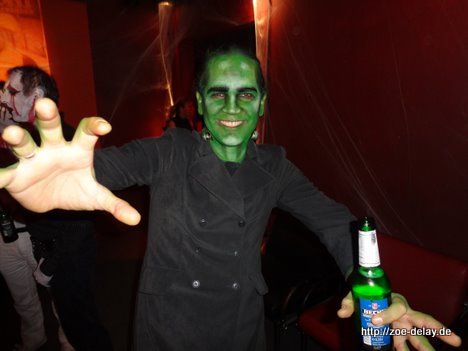 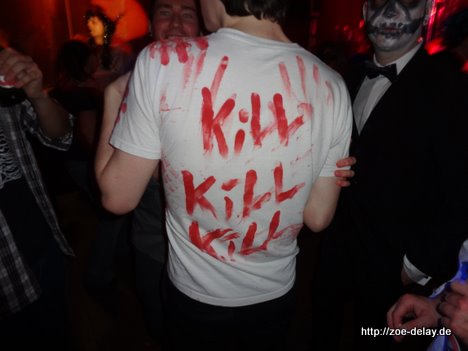 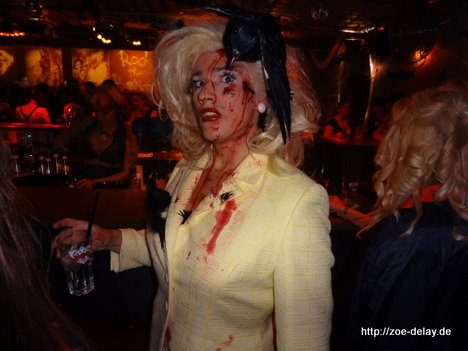