Barracuda Ballroom Night @ Roadrunners Paradise
or
Through the history of music in 5 Hours – I. II 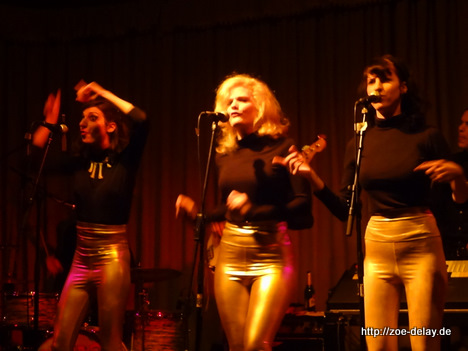 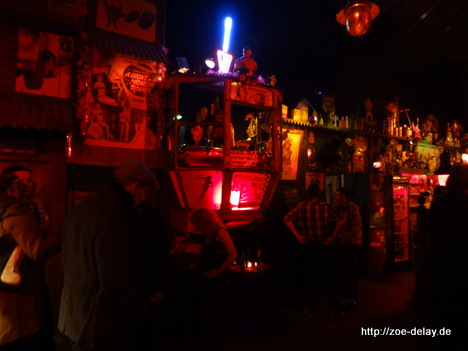 Also, strictly speaking, does the space – even this cool – of course only a minor role, I am usually there anyway just rumtreibe, if there is a party, this requires the. In this case it was the Barracuda Ballroom Night… and I would not watch the Roadrunners secure than the traditional Ballroom, But what does it matter.

On a “Ball” one would probably not expect a fashion show as a powder of Chalotte, as well as any Tankurs with the dance rats Manu…. Where was the actually, when we arrived? Schon weg? Could be, as we reached the “Ballroom” rather late, but not to do anything mitzubekommen Party. And that's when the Roadrunners and Lady Nico is on the controller jabekanntlich more 50s influenced. 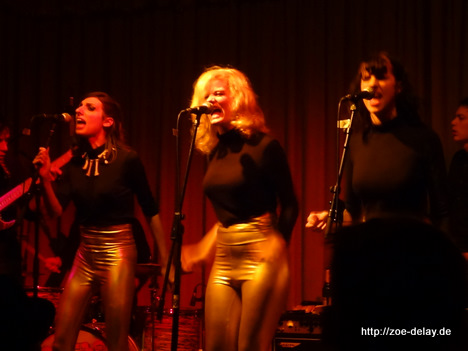 Much more important than the canned music was the music of the band… occurred thereafter. Dressed all in black, black turtlenecks, Two Guitars, Bass, And clearly in the 60s drums sound an England or to settle in Hamburg 36er (For those not versed, so is the Great Freedom 36 meant and therefore the Beatles…

Well, They did not play Beatles, but already beat music with newer impact and in some songs a lot of surf. But look, music and something to settle on the axis between the Beatles and the Hives rather in the 60s. So be it, I stood in front of the stage and took the boys really well. Something else and he liked me extremely well. (btw. this song is not representative, unfortunately ..)

But I also did not know yes, because what may yet come… I already saw or what later came, saw it just does not come up. On the side of the stage were three girls in fact terribly strange looking golden leggings, after a couple songs, the band entered the stage and the guys demoted to backing. Indeed deserves the remainder, because the girls were great.

There were, I could see the flyer, “The Mentalettes” and they describe their music as “Outreagous Hip Shakin’ Girl Group Garage Rock’n’roll”… including those who can not really think of anything now, Let the watch one of the videos and make its own classification. My companion and I definitely have a) decided, that we find the class and b) the music that we would end only one group at a 60s band, whose style was that we had a hard, Surf, Rock and roll and maybe a bit of B52s?

But that is not matter, because we were wondering c) whether the choice of gold leggings is really optimally, nuneinmal since not every character was created for, that looks really good. Recently, we asked counsel to determine, however,, us that this is totally shooting, and that it is definitely a unique feature, because honestly, in which band you immediately an outfit in mind, when you hear the name. Or better yet? Weiss, which is tied the, when you see an outfit…

Completely shooting, because the girls definitely have the Roadrunners Paradise ge…. umm absence of other classifications I'll call it – rocked. I have made a large amount of fun. Should times and playing a concert, I would go smoothly.

So it was a good idea, visit the Barracude Ballroom Night, even if we were too late for the dance class and the Fashion Show, The Mentalettes tore it out with us and.