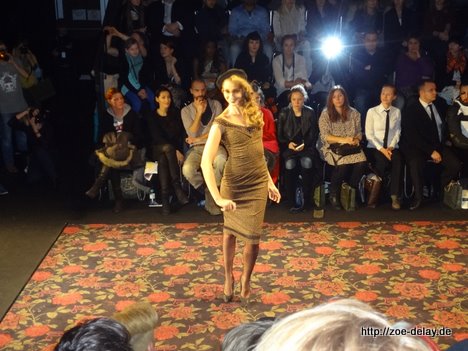 In the last days in the Berlin Fashion Week was a lot going on in berlin, so I actually only today – at least with peace and quiet – get to it, to write something to the things, after the rather worn Öffnungsparty der Bread and Butter have happened in the last week or so.

One of the fixed points of the Berlin Fashion Week for several years always the latest Lena Hoschek collection, which finds its way to the catwalk… And for the past certainly worth a look. So much, I have sacrificed a sechundfünfzigstel my annual leave for this Schow, I say, taken a half-day holiday. You want to see yes, what is – theoretically – would do very well in my closets and various other… 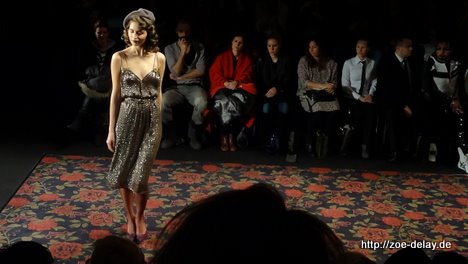 However, I do not have a Lena Hoschek outfit in my wardrobe, therefore I had to shine on this day with something else and brought for the first time since determined 2 Years my Jungbluth Leo outfit again out of the closet, war damit aber beileibe nicht alleine. Shoes with leopard pattern, Jacken mit Leo Muster. It always fits. 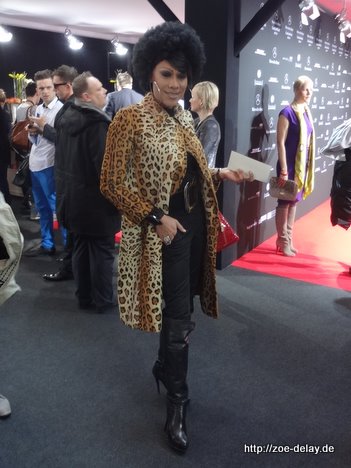 Leopard but was not present in the illustrated collection of Lena Hoschek, instead they showed in this time's collection again an entirely new page. After Sexy fetish outfits with slight influences and Bettie Page hairstyles last winter and summer colorful dresses last summer, dominated this time more subtle, large part to the high-necked dresses in muted colors to parade. 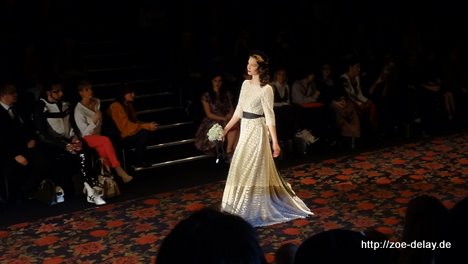 Still very feminine, still handsome. Sexy entirely in silhouette, they offered early postwar French Chic, was underpinned with Basque hat and accompanied by French music. Pretty sure it was just a dress, knee that was free – But that was also the, that most people, mit denen ich mich danach unterhielt irgendwie am besten im Gedächtnis blieb. This here: 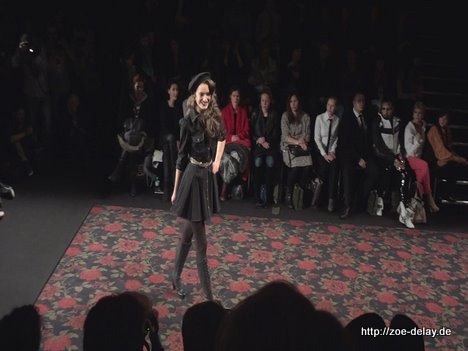 Black jeans fabric, short and handsome. Since Dana was even pleased with the skirt length. Otherwise, an outfit in the army look has remained very much in the memory. Military style jacket with a skirt and instead of the default on this day Basque beret just an Army Beret, Since then fit even the serious countenance of the supporting models. 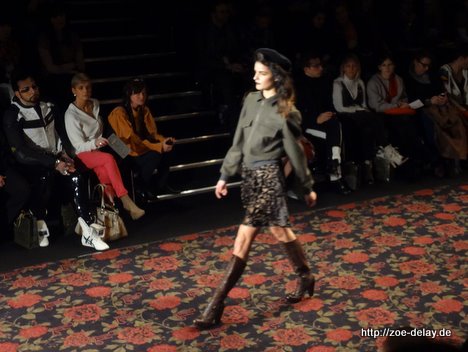 And,I know yes, that is part of the standard range of models each fashion show. to show to take any possible view of the clothes so little emotion but when I noticed a model, the short term actually smiled, I wondered, if that was not really much better. Models, the real emotions show and in the best case by a – real – Show Smile, that they feel good just in clothes. But I think, I think too much.

After the show I would have liked to stay a bit and as Zoe Scarlett expressed my respect and once again sought to Harald Glööckler and asked for a photo… It did not, however, to, I unfortunately had to get quickly out of the dust, because I met an evil fate. When setting the show I noticed a Rrrrrritsch, said, that just the zipper of my skirt has dissolved into. Very very unhappy something like. But what can you do. 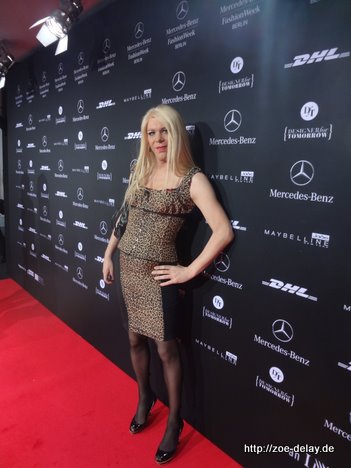 Overall, I have to say about this collection, that they – me personally – not fully convinced of the collection and the high bar last show – I found it very great indess – has nearly torn. Only the customs, everything nice, but little, what would have actually brought me to rave about. 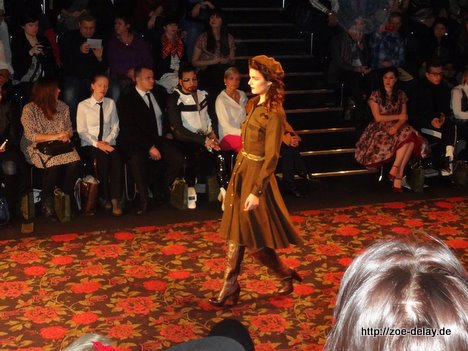 One thought on “Lena Hoschek collection at the Berlin Fashion Week”