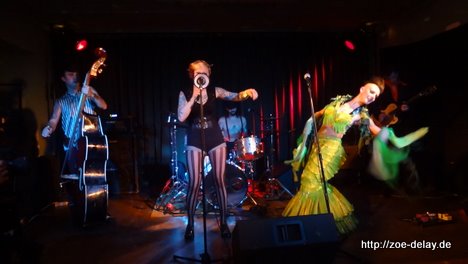 That would be almost gone wrong…. Since I was invited to the Green Room but to Lena Hoschek after-show party and had even let me try to point it, that “Aftershow” in this case: “On the evening of the next day means” … Since I had been the day before almost goofy at the door.

Now I have only half stupid standing at the inlet, when I was with the words “Zoe Delay” looked around coveted inlet and at least a short confused opponent and then for security with “times today do not go as a drag queen” continued. Da löste sich die kurzzeitige Verwirrung in ein Lächeln auf und ich wurde hereingelassen. 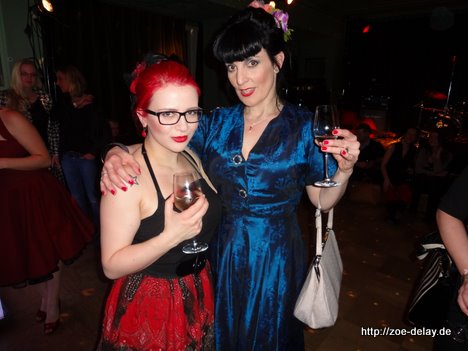 Well it's always, times it is recognized, times not. Be held this evening about the scale. However, I found much more amazing, I realized that someone…. As soon as you come in. I spotted a girl, that seemed vaguely familiar, not knowing, how do I actually nodded nice, went further and thought and thought. Betty Dynamite could not help me…

What the hell, because you have to ask just once. Curlie it was called, but the name meant nothing to both of us and unfortunately she herself could not really help us, why we thought, they would know to, it was certainly still a good hour, than in any statement of Lola Promilla click in my head and I knew it made. A Photo, shot by me about two years ago they showed the Roadrunners Paradise. The lady in jeans jacket with Rocknroll badge. That's me somebody, with whom I have spoken a sentence to two years can still remember happens rather rarely. 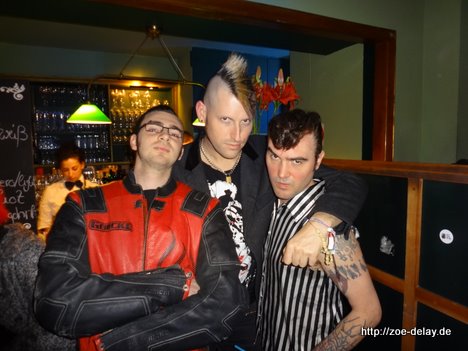 All others I met rather frequently. Sandy Beach, lola Promilla, Bettie Dynamite, später noch Keye Catcher and so on. There is hardly an after show party with such a nice audience, with which one can distribute great time. Well, and with drinks, Bettie and I are thus provided a head to head race at this great empty beverage, whose name we have not noticed and unfortunately both. dooof… But in the program it took actually hardly change.

Thus, only a band playing, we really did not know all, but in the typical rockabilly rock and roll cast with great bass and corresponding thereto music and took to impress the audience if not entirely to delight even knew… okay, the audience was not easy but handlen, rather it waited on the Kamikaze Queens, the attendees already so against 22 Clock expected. 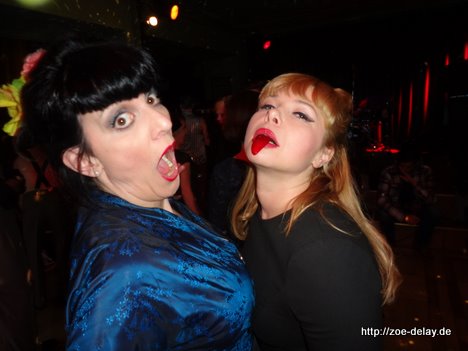 They came but then later on it and were rather earlier than a finished clock, However, after a quite to be designated as a splendid show of Trinity, Mad Kate and her supporters, which brought the audience to dance and were not left without additions of the stage. The music fit like the proverbial fist in the eye this evening. 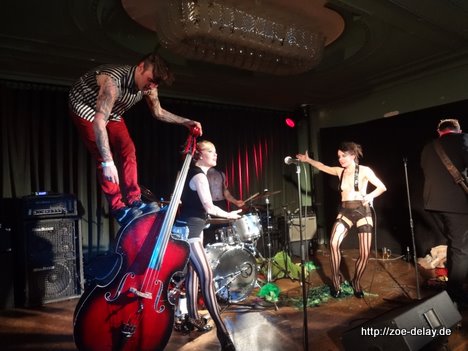 …andem I really wanted to be at home much earlier, when it was then. And sober, but Betty Dynamite, when I'm on the way this weekend in both age, Have miscalculated size and occupation, convinced me, to leave my car and still prefer to order a drink and a second, and third and… Well, and so on. 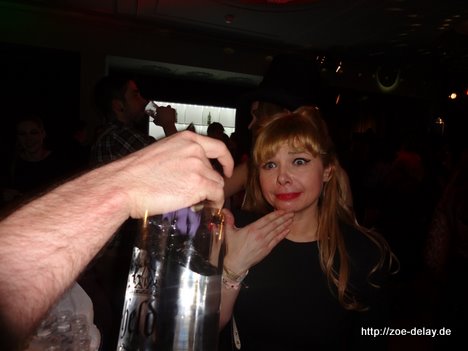 then what also made me even after the appearance of the Kamikaze Queens to stay still and half the soundtrack of Dirty Dancing – not too dirty – but abzudancen and to rejoice, the evening to have gone to the Lena Hoschek after party.