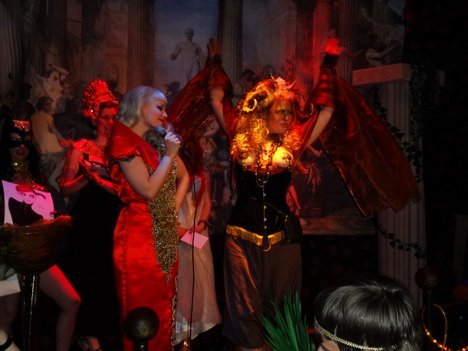 Greek, Greek? What attracts you to such a topic? A quick look in my closet revealed there despite quite an amazing wealth Empty… Something white then probably, even in the short lunch break 6 Feather stoles shopped with decorative Behrendt, used a little hot glue and finished… Not just as, to win the costume contest, but at least as, um einige Komplimente zu kassieren 🙂

Before a party can be celebrated, but you have come to the party firstonce – do you mean – can be. And that was that night, not so easy. Rather than, because there were no more tickets, but, because the last excesses of the former GDR were already before our arrival. …. Inform of “There's a snake – Come on, we are also” 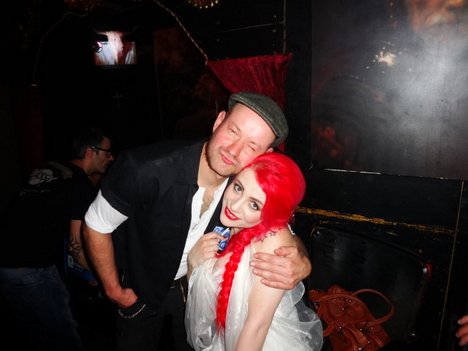 Stood before the small Bassy of a snake loose 50 People, waiting quietly and patiently, that opens the door and all – as we – stood perfectly of course also there and waited.. and frierten… welcomed the added bumped Betty Dynamite .. and waited and frierten more. 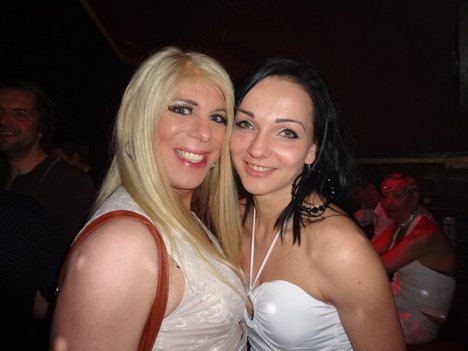 Sometime after we already pretty far back loose 10 Minutes were legs in the stomach, someone came up with the idea, that the Bassy would have two inputs yes. Behold, there, the door left open and they came across people at the checkout, which are probably already wondering, why the last 20 Minutes did not want to be a guest on the Fete Fatale. 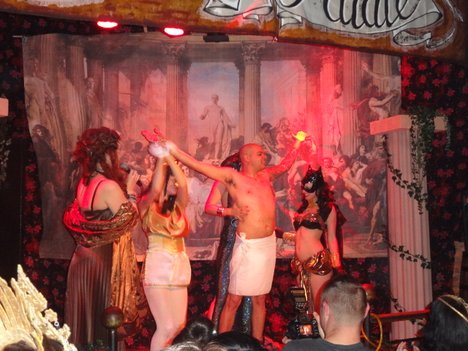 Far from, this party is still a great, great visitors in front of the stage, always a nice wicked humor and of course great artists on stage. So I'm for the first time in ages again a number of Xarah of the frequent rain seen. Hot and Fiery, as it should be. Fire numbers are still very simple.

But at least just as well I found La Viola Vixen, but probably mainly, weil mich ihr Kostüm ziemlich zeckte 🙂 Ein Traum und für ein Burlesque Kostüm ziemlich “everyday” suitable. Elegant, toll. …When I think about it properly, I know without it but once again to actually see how the number was no longer me – But the dress I know quite accurately.

Speaking of dress. Er, a hot white dress – and of course the lady made sure it, I once again a young(in)woman had to assist in emergency, zeckte but there is a rather drunken blowfly fixed… It did not take much and I would have to get physical… So richtig von Drag zu Mann 🙂 Soweit kam es dann aber doch nicht. 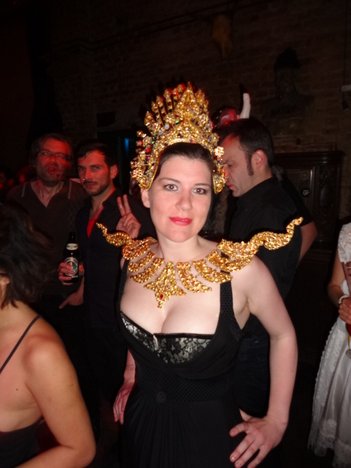