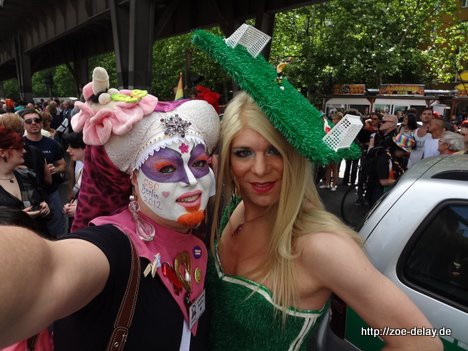 So, so that it is started, The Gaypride 2012 Season, As always with the first of three major Gayprides in Berlin. Until the last moment was not so clear, whether I will probably have a costume (the tremble Friday completed each evening 21:00) and as long as it took, until I knew, whether I would have expected to kick off, because the German team resigned in disgrace against decrepit Greeks.. But no problem. The Gaypride 2012 could start. 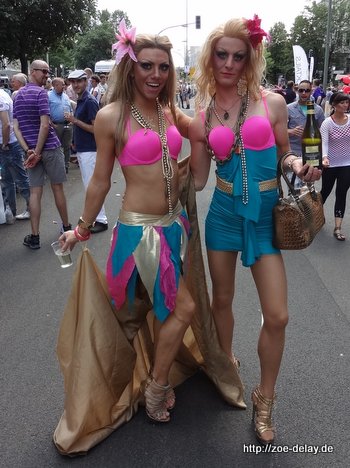 Although I had to get up early – So much too early, because some things had to be concerned, For example, green tape, with a few strips of tape so I can quickly conjure befitting Adiletten of white high heels just yet. Also auf zu Modulor – again as in the last days. 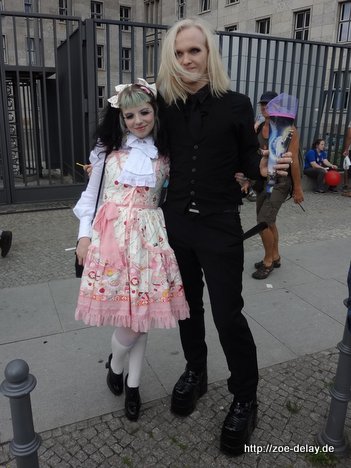 Im Kunstrasenkleid rein, bought a lousy package tape and all for my shoes stuck… That was all more or less matter, just a little boy at St. Pauli outfit stared at me a little confused, I teetered past him and told him, he had a great jersey… 🙂 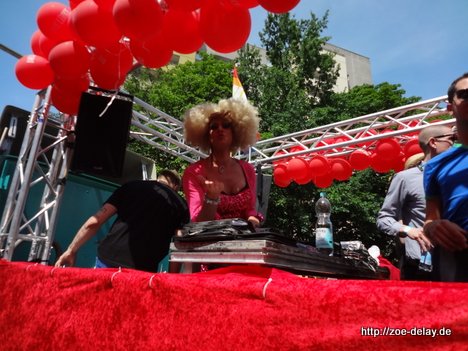 Certainly 3 minutes, when I converted my shoes in Adidas shoes, he looked at me to ask then, their ob St. Pauli Fan sei… I turned my artificial turf showed him the bag around St. Pauli logo and turned his confusion into a smile. The Gaypride 2012 fing gut an. 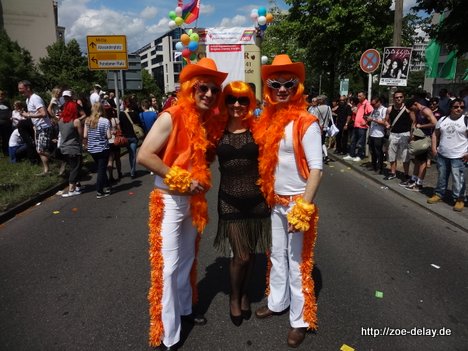 The Way of the Gaypride had indeed changed in this year, then on the siegessäule Fanfest the European Championship took place and also the route should still lead past the Russian embassy. The latter ansolut to welcome, first less, because instead of through the city, the Kurfürstendamm and Schöneberg were to run many kilometers of the route unfortunately mood even no man's land. 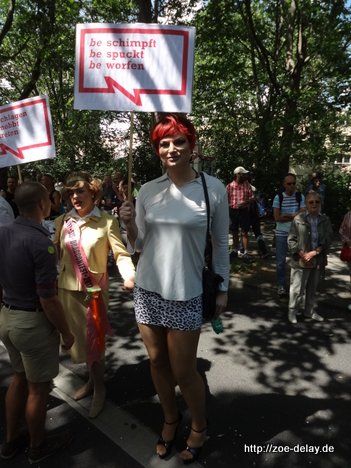 But the part of the Russian Embassy was a good idea… A poster “You are now entering the Russian sector” and a splendid pair of made-Putin and Medvedev. There are certainly a pair of images come to Russia. I would, however, welcomed, dimmed when a while before to after the message the music – would have been even better off. I believe, that would have been a good idea. But maybe it's confetti cannons and music, too – or even a fortiori… I do not know. 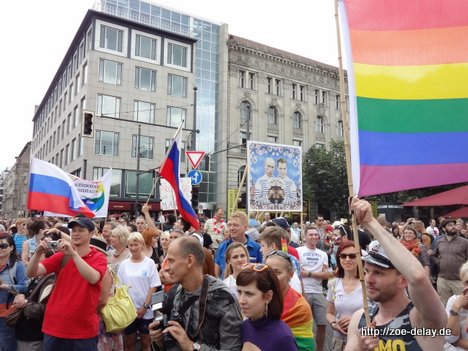 In any case, I found this year the route is extremely long. At least the last kilometer I wished, that we but please be there soon. But bite – as always – teetered on the teeth and continue smiling tortured. Eggs, who is beautiful wants to look, must suffer. This is nothing new. 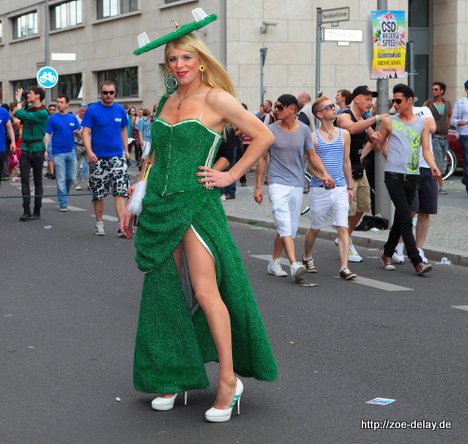 Sure I would have somewhere to go on a car, but what I would have then create my costume, when nobody sees. That would be totally re-direction. And it saw many … and a whole lot of people also saw the little St. Pauli logo on my artificial grass bag… and a St. Pauli Logo ist man immer perfect gekleidet. 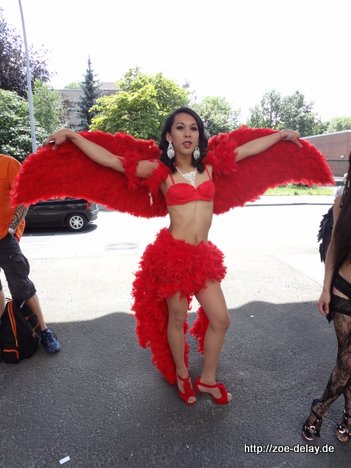 Perfect was once again Tatjana Taft as Cruella Deville 1001 Dalmatian dressed with a sinfully rich and sauschweren Dalmatian cape… Though they do have can carry. How was the? 35 Pounds, he should weigh, because you also need support. 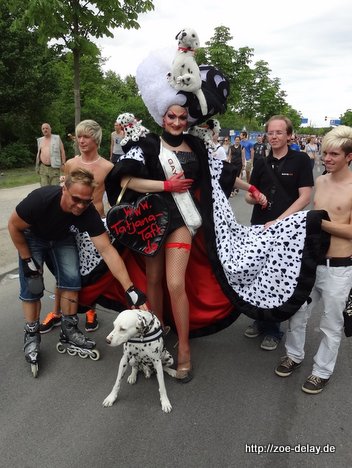 But you would be able to borrow the two girls, which coincidentally appeared on the CSD as a whole-Dalmatian. She has probably found but, as indeed for a brown and white real dalmatian later… 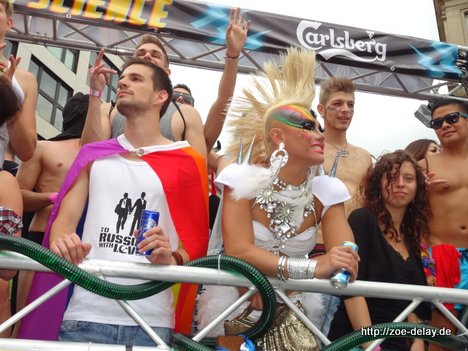 Otherwise, the train stopped often amazing this year and then also often surprisingly long. Nevertheless, there was also this year – along with many nice – Security people some idiots, who thought, them would include the road and when the last car already 10 Meters away, then you should strongly push away the people in front of a. 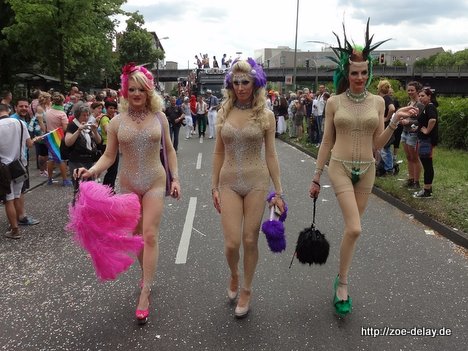 “go on”
“that makes no sense. Show, before me is the previous car – and I'm that between the pirates and you”
“go ahead and is well, and?”
“No, just not”

Amazingly, they let me then actually some space. 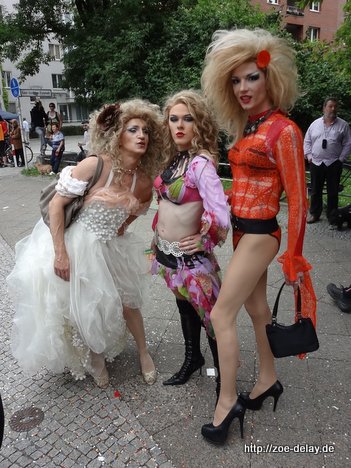