The week was hard, I'm kind of always only to 3 Clock to come home and I'm not to blog. strictly speaking, not even to sift Photos. That should change today actually not, because that one comes to blogging on a CSD Cologne weekend is almost excluded. …actually. Indeed, there are three things, that can change the. 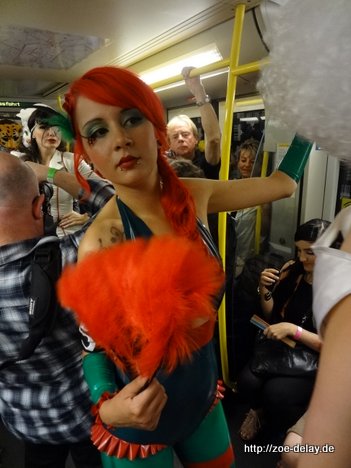 Cold, Rain and time. and all together. It is pouring down with rain, is cold and I collect only rider to 19:00 one. So I'm sitting in the hotel and have much much much time. zum Beispiel für den Underground Catwalk 🙂 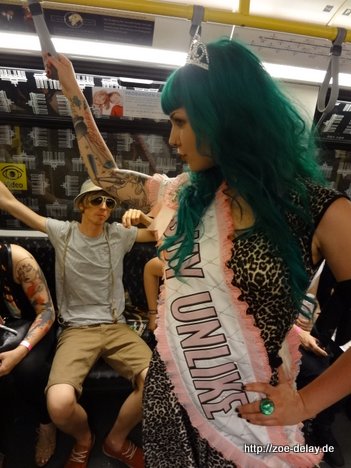 Well, the Underground Catwalk…. Even if a bird has caught me in the ear, that it might have been the last of its kind, he is still one of the coolest events in the Berlin Fashion Week.. 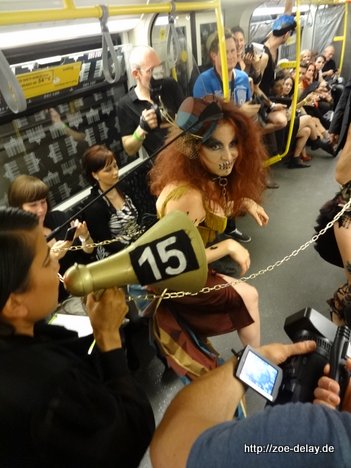 …I write as since mid 5 Years about the underground catwalk, I think therefore I need – no longer perform all around it, therefore shortly:

Amazingly, the have actually noticed but probably not all, because I wondered at before the departure of the amount – for the Underground Catwalk – untypical guests, were more likely attributable to the Fashion Week fashion dolls sector, as an Underground Catwalk. 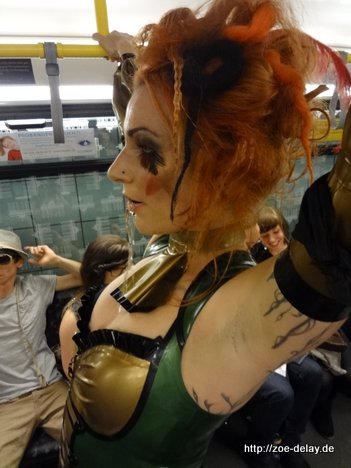 Apparently promised this event “coole Streetwear” in the eyes of so many. …strange, because if the Underground Catwalk is not a safe, then a fashion show for cool streetwear. Cool ja, Streetwear … um neee 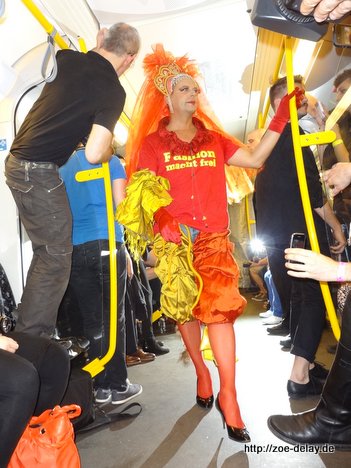 Who looks at the history of the event, will soon discover, dass Latex, Burlesque, something gothic and slightly, that is probably best described as “Strange” call always leaves a large part of the fashion represented here and this should not shock…. 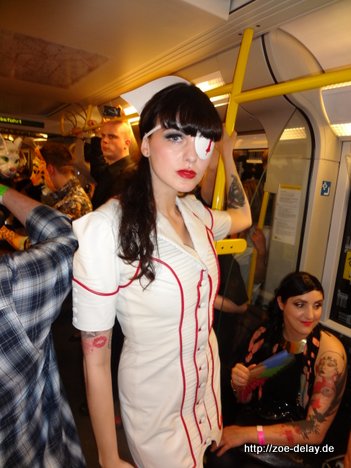 And for untrained eyes could actually be one or the other slightly shocking in this fashion show – I mean it is supposed to actually give people, get the heart fluttering in a garter stockings and even then not get over the above, if it was then also made of latex as in a Savage Wear outfit. 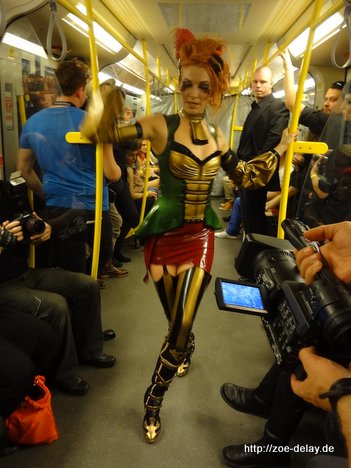 Or the two silver and gold “Christmas tree decorations” I would call it times. strange creations, the more poorly covered with two men rather than only clothing the bells. I was not even really great, but still interesting and different. 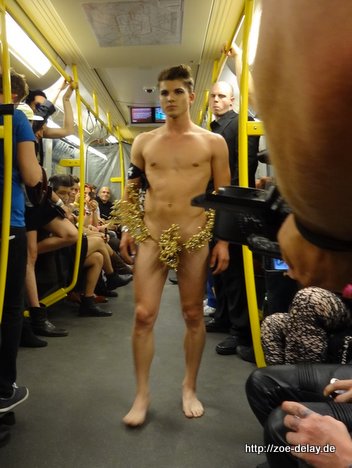 Anders was the clothing of Michaela Schäfer, I, although in the morning at Lena Hoschek already seen – did not recognize… After all, you believe me, I have not seen not only for reasons of image, since I have generally never anyone, with whom I have not talked. And I've never been with Michaela Schäfer… No matter, Your wig outfit was also a featured creation… 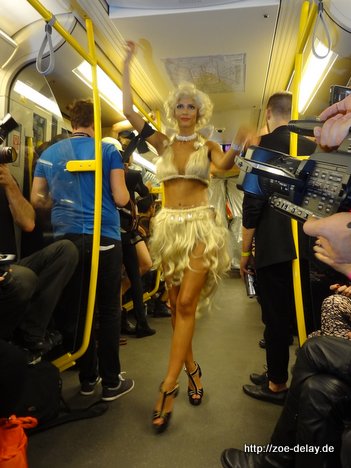 As Oleg Lazos creations to his words, according to Spiegel Online that the sexual Russia should re-mirror. Lot of kitsch, much red and very sexy… And to be honest, does not have the legs Models… wow. However, what I found shocking, what the male model, that – rote Nylons gekleidet – was unshaven thigh… For me, though already, aber eigentlich nicht wirklich schockierend. 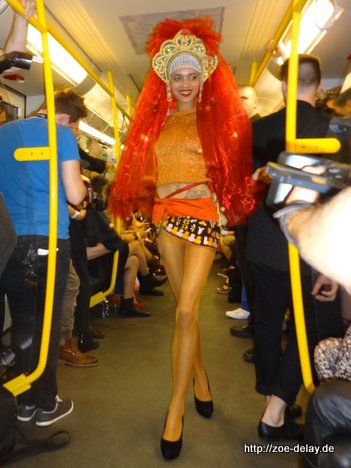 At least not against the crazies, the later of Redcat 7 in the subway were thrown. As Sammy has come up with the idea, To let Mrs. Pepper and Eve Champagne float along on chains through the subway, I do not know, but it had its effect. Although probably no one has looked at the clothes but the two were probably the most-scanned photo object. 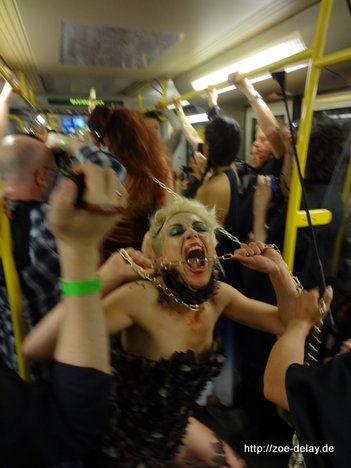